5 min read
Add comment
FacebookTwitterRedditPinterestEmail
Taking place in a world that is a hybrid between cute and nightmarish, Ecotone isn’t your average platformer and not for those who aren’t big fans of the genre. The game is quite tough and it doesn’t waste time getting there.

“You are not a hero, You will not save the world, you may even not save yourself”– so begins Ecotone, and your quest to travel through an ever-changing world, discovering your own identity as you discover the perils that fill the world in which you find yourself. Ever-evolving gameplay will tax your brainpower and skill, and each new challenge will present you with a mysterious phrase which will give you clues to your own identity, and what lies in store for you. The mechanics of each level you explore will be different: speed chase, puzzle solving, reversed gravity, stop time and more! With three worlds to explore, each containing 15 levels packed with different rules of physics and unexpected traps, players will be tested to the limit in an engaging retro gaming style.

With an adorable shadow character wearing a mask that resembles a Shyguy from the Mario series, Ecotone appears to take place in a world that is a hybrid between cute and nightmarish. It is not immediately clear whether the game is from someone’s dream, their memories, or in some kind of purgatory realm. And even at the end, there is still plenty of ambiguity.

Ecotone consists of 45 levels across 3 chapters. Most require the player to collect 3 glowing orbs in each level. After the trio are collected, the level is complete and the next one begins. At the beginning of each level is a bit of text that titles the stage and serves two purposes: it serves as a small piece of the ongoing story narrative and typically has some sort of a hint about how the level works. 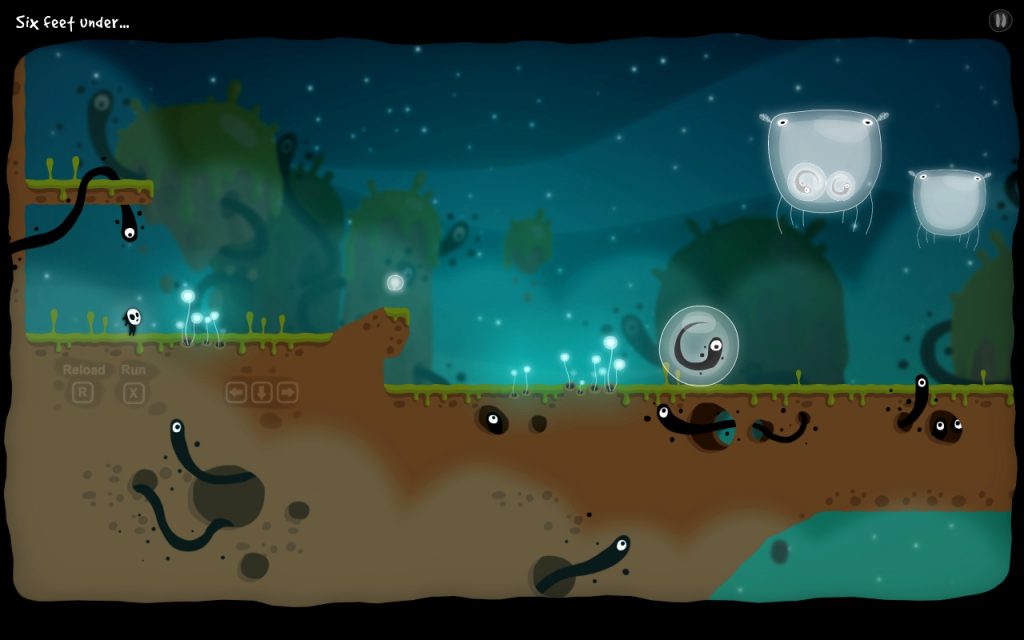 This game isn’t your average Mario-style platformer and not for those who aren’t big fans of the genre. The game is quite tough and it doesn’t waste time getting there. By level 10, I was already having trouble. While a perfect run of the game can be completed in about 45 minutes, I imagine that the average gamer will suffer through countless retries over the course of a few hours.

While most levels are simply platform mazes, the game utilizes many different game mechanics throughout. A few levels have the player controlling two characters at once. Another couple levels are speed-runs to avoid death from an approaching cloud. Others use inverted controls, changes in gravity, or require use of special powers. Overall, its tough to get comfortable as there always seems to be something new to mix things up.

Despite the creativity that went into each level, there is a trade off in this approach. The vast amount of game mechanics does prevent the game from getting stale too quickly, however with the vague narrative and lack of connection between levels, the game also can feel disjointed. I noticed this particularly when seeing some levels that had the player running and jumping underwater and then later a level with swimming. Going from vastly different level styles and depending on ones innate skills may also make the difficulty progression seem out of order.

The player can move left or right and has the ability to crouch. However, in later levels, mechanics such as jumping, swimming, and a ‘special’ action can be performed. To my dismay, however, not all of these abilities are permanent and can be simply lacking in certain levels. As a result, starting a level and no longer being able to perform the double-jump that I was introduced to in the previous level was disheartening.  This may have worked better if those abilities were signified by receiving temporary power-ups.

The physics of the game are decent and having direct control over the characters jumping height is crisp. The character does feel a little slippery at times but overall it handles well.

The game uses very simple visuals but does so very smoothly. While levels may be largely devoid of characters, it makes up for this with vivid landscapes and backgrounds. The soundtrack is limited and in most levels is simply an atmospheric theme that sets a calm yet slightly eerie mood. 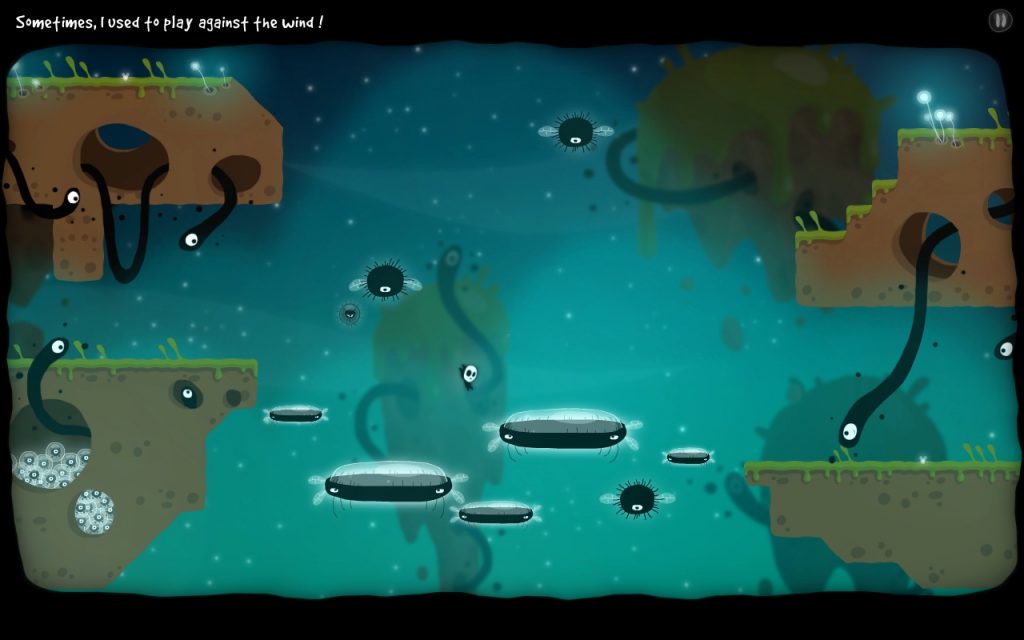 Ecotone is not for those who want fast nor easy platforming. It requires patience, creativity, puzzle solving, and a lot of trial and error. The game will bring out some frustration but can eventually be beaten and is easy to pick up after taking a break. While I did have some issues running the game here and there, I cannot comment on if they were due to my computer’s limited capabilities or something related to the game. Ecotone is a good fit for someone who just wants raw puzzle and platforming over a complex narrative or a smooth story. 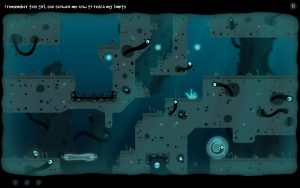