3 min read
Add comment
FacebookTwitterRedditPinterestEmail
Twists, turns, and much hilarity await you in this wonderful spin on a game developer's nightmare and the power players wish they had.

Time to kill some sky bastards!

The Magic Circle: Gold Edition is a first person adventure puzzle solver that is designed to do one thing: make you be creative. Twists, turns, and much hilarity await you in this wonderful spin on a game developer’s nightmare and the power players wish they had. This isn’t grandpa’s puzzle game. It gets a little mouthy so hide it from the kids and hold on to your butts because it’s gonna be a… well… weird, but well worth it, ride.

You play as “The Hero” (fitting right?), who is caught in a video game world that is unfinished. Not to mention a war of sorts breaking out between Ish (Developer with a god complex), Maze (Assistant Dev. who is trying desperately to get fired), and supreme fan girl intern, Coda, that is totally going to be the death of you… maybe. All the while, you are being led through this unfinished world by a cynical former creation of Ish who gives you the power to change and create as your imagination sees fit. Your goal is to finish the game and edit the “Sky Bastards” (they all look like floating eyes) and “you win.” 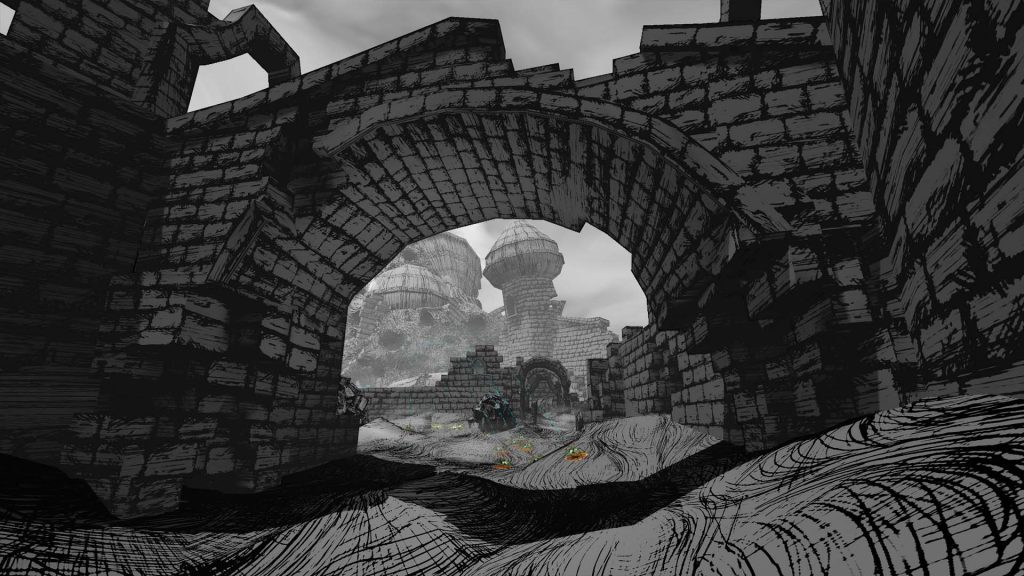 The presentation is a standard first person-style of movement so it’s very easy to get the hang of it from the get go, but this is as simple as you’re going to have it. Combat is non-existent from the player’s standpoint. That’s where the power of a Dev comes in handy. You can edit enemies with “Life” which protrudes from cracks in the unfinished game. By doing so, you can edit their enemies, allies, abilities, etc., basically making them your pet who will do the attacking for you. There is much more to this facet of the game but it’s more suited to hands-on experience and it’s totally worth the time and effort. You also use Life to restore things the Devs have previously deleted (walls, bridges, etc.) or your pets if they die. If you run out you have to travel back to the nearest crack to re-charge. If you die you “ghost” and can still interact with some things but cannot progress without obtaining more Life.

This is the hardest thing to wrap your head around because everything is either in black and white or in color with pixelated graphics, with some minor exceptions. I fell into lava in my first 10 minutes because I couldn’t tell what it was. The way the imagery is set up, it’s obvious the game is supposed to appear unfinished. There is also the weird fact that everything that’s editable and your character are surrounded by color in a black and white world which may throw you off at times.

The sounds in the game are very standard, almost to a fault. There’s not much unique sound or music anywhere, but again this is supposed to be an “unfinished” game. 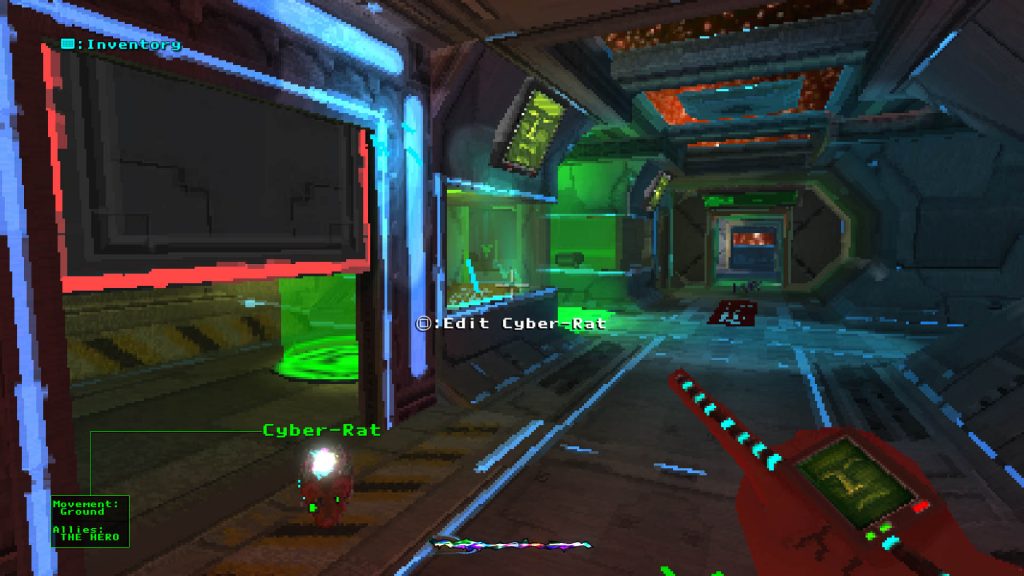