4 min read
Add comment
FacebookTwitterRedditPinterestEmail
Whether you are playing alone or with a friend, The Bug Butcher will both charm you, and let your inner space exterminator flourish.

Kill bugs; kill lots of bugs. Crush em’, shoot em’, explode em’. That’s what you do in Awfully Nice Studios‘ newest release, The Bug Butcher. A throwback to the 90’s arcade game, Super Buster Bros, The Bug Butcher is a fast-paced 2D shooter where you spend your time running across a stage and shooting skyward at a wide variety of foes. The Bug Butcher is chaotic fun, with great cartoony animation, and a killer soundtrack. Comedic at times, and incredibly intense at others, The Bug Butcher has quite a lot to offer in this small, but exciting game.

The cartoony style works really well for the game. The animations are smooth and stylish– although not very distinct. But what’s most important here is that the game explodes (often literally) with bright colors and movement, especially when huge waves of bugs are trying to squash your tender body. The background stages leave a little to be desired, but all in all they are passable. Each stage has it’s own color scheme, but there is little to no coordination with the setting and the action. It would be nice to see some bugs crawling around in the background or something of the sort to help populate the atmosphere. Then again, perhaps all that would only serve as distractions for the action in the foreground. 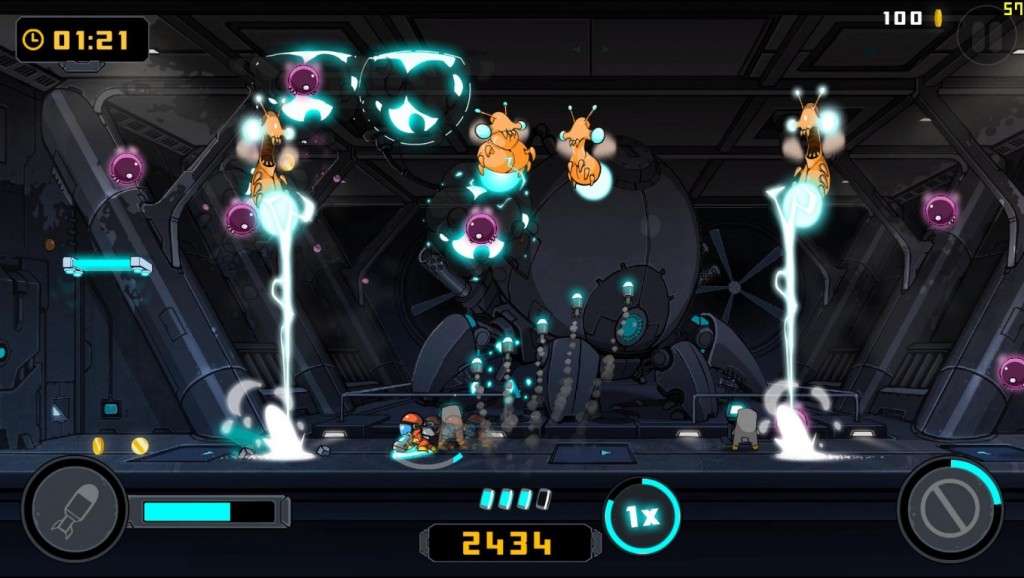 In  typical arcade game fashion, the gameplay is the bread and butter of The Bug Butcher. As you progress through each stage, the battlefield becomes increasingly cluttered with a variety of different insect types, all with varying behaviors and patterns. For example, some bugs shed off smaller bugs after you shoot them, while others vomit up hazardous green goo. The diversity and mix of different bugs really makes each stage feel interesting, especially in panic mode when you never quite know what combination of baddies you’ll get. It doesn’t take long for things to get out of hand, but this is when the game really shines. The Bug Butcher manages to handle chaos well. Although it can be quite challenging (especially when you’re on hard mode and only have your little white undies as armor), it is never frustratingly impossible. Hit boxes are well defined, and because enemies move in predictable patterns, you have only yourself to blame when a slug latches onto your head and sucks out your brain. The game offers a decent variety of weapons and power-ups. From giant laser beams to a barrage of rockets, you’ll be both relieved and satisfied when one of these weapon pick-ups blows up an entire swarm of bugs like a 4th of July fireworks display. Power-ups are limited but very useful, especially when timed properly to take on one of the bigger, more difficult bugs to slay.

There are three modes to play. Single player (story), panic mode, and multiplayer panic mode. The single player mode is a great introduction to the game. It feels like an extended tutorial to help you get acquainted with each of the bugs (which are introduced one or two per level), as well as all the weapons and power-ups. The story is pretty superficial, but occasionally funny. It adds a bit of charm to an otherwise straight up action game. If you are willing to spend more than a weekend on the game, you will likely be finding your kicks in panic mode. Throughout panic mode you can obtain coins to upgrade weapons and power ups after each stage. If you’re lucky enough to have a friend willing to squeeze beside you in front of your computer, you can engage in some quality co-op bug killing fun. 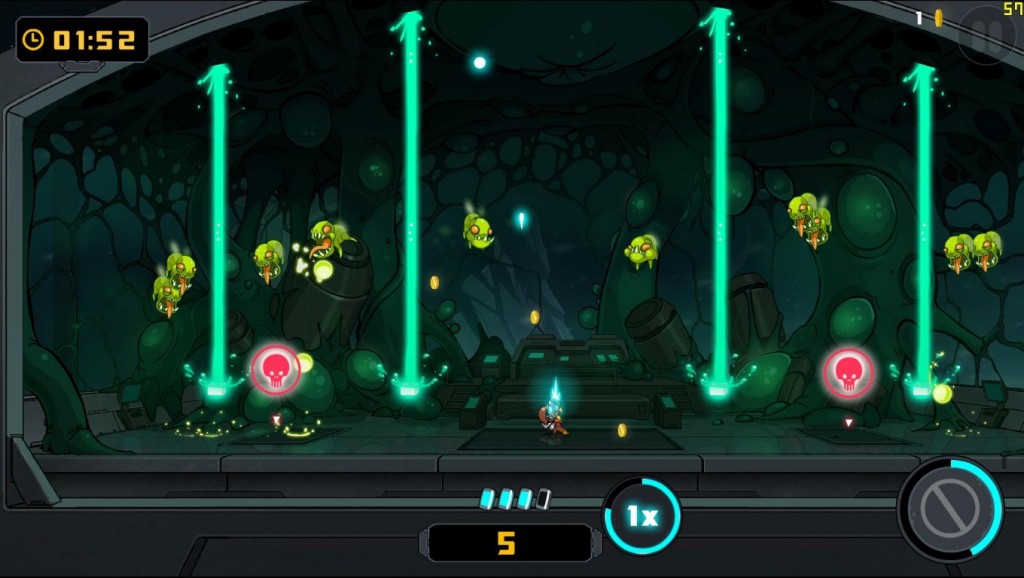 All in all, The Bug Butcher offers some good quality fun. The gameplay is solid, and the visuals and music match the action impeccably. Although there isn’t a ton of content, the game is still exciting and addictive. Whether you are playing alone or with a friend, The Bug Butcher will both charm you, and let your inner space exterminator flourish.