Super Mega Baseball: Extra Innings is a deceptive title to those who haven’t played an arcade baseball game in over a decade. On one hand you have the surprisingly intuitive controls, the bane of most games in this genre, and on the other you have the worse-than-a-bobble-head character design that really wears out its welcome after your second or third at-bat. It also doesn’t help that the music in the menus ranges from forgettable to simply bad. 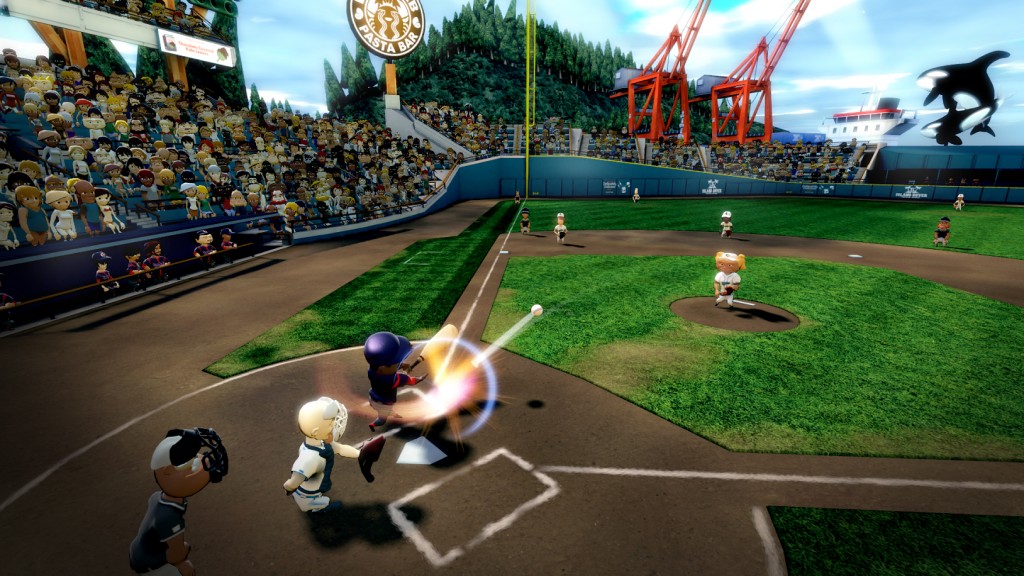 Super Mega Baseball also lacks the MLB license, but this is a rare case of that actually being a good thing. The made-up team names and the customizable roster have a lot of fun with this despite there only being a set number of player models, which means you’re going to see a lot of repeats. Despite all this, at one point my guests in my living room were ready to throw down on “Beewolves” jerseys, which I sort of realized while typing this that I kind of want that in my life.

One thing this game does very well is knowing which things to let the player control and which to allow the AI to take point on. Fielding and batting both, for the most part, feel as simple as old games like RBI Baseball or Baseball Simulator 3000 back on the NES and SNES and has a learn-as-you-play tutorial.

Pitching the ball has a wheel of options to choose from but isn’t quite as deep as it pretends to be, simply because of the way the game breaks down players into simplistic categories. For example, for someone with high power but low speed, I’d use an inside slider. Chances are, if contact is made, the ball will go foul and the catcher will scoop it up. It actually became really easy to manipulate the AI into hitting pop-ups and fouls, which made certain innings fly by in a wink. On the batter side, when playing against non-humans, I noticed that certain teams are impenetrable in the infield. They never error, they catch every line drive, and when their bats find a sweet spot… forget it, you’re done. 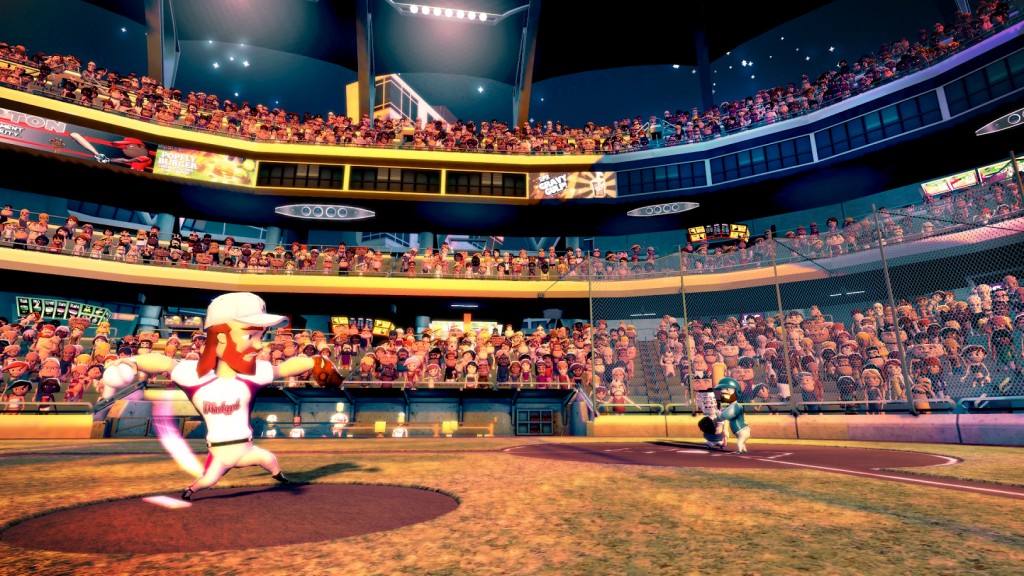 Further depth can be found in the Season/Team Manager mode. As you play, you’ll gain experience that will unlock contracts to award trainers that can give certain players an edge. The only issue with this is that a lot of the information is presented strangely. From hiring the right trainer to assigning said trainer to the right player, these parts slow down the fast pick-up-and-play quality of this game into a halt, which is unfortunate since a lot of the other aspects of the game move by so quickly. The best advice to be offered in Season mode is to find a friend to play co-op with. Both players share offensive and defensive responsibilities which prevent either player from getting too complacent or bored each inning. This is hands down the best way to play Super Mega Baseball for as many Extra Innings as possible.

In closing, this is a series that should continue to evolve. The parts that work well, work REALLY well but the weird art direction, bargain bin music, and strange season mode will serve as three strikes to those who fail to get invested by the seventh inning stretch. Those who stick around will enjoy the simple controls and addicting parts of the manager mode if they can find a player to take the journey with them.