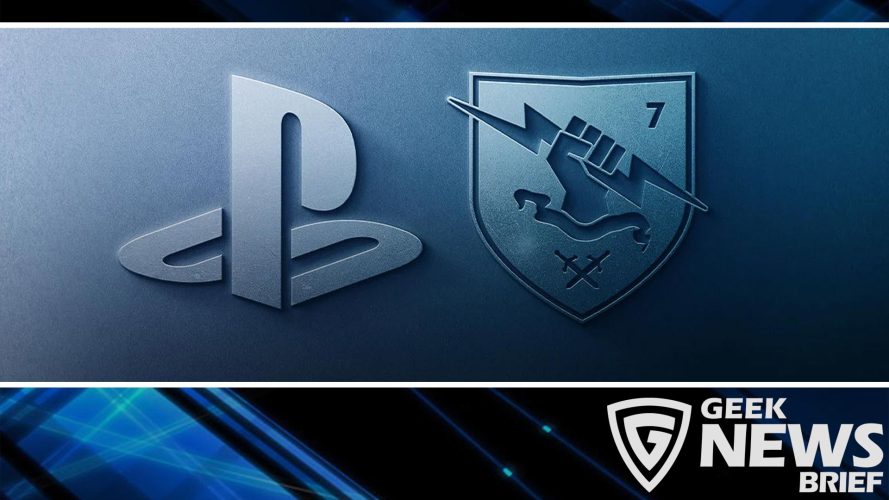 According to a statement from Bungie CEO Pete Parsons, the company is positioning the acquisition as the start of a new era, one focused on global multimedia entertainment, not just games. The studio will retain creative control over its franchises and continue to develop for multiple platforms, not just PlayStation.

James Gunn has confirmed to Deadline that he’s working on another TV show for HBO Max that will be a spinoff of The Suicide Squad, though he can’t currently say what that will be.

When asked for more information, Gunn added, “It is connected to this universe, and I don’t think it will be the same genre as Peacemaker. It won’t be as much a comedy as Peacemaker, but it will be in the same universe.”

In addition, he also mentioned that there’s a really good chance we’ll be seeing a second season of Peacemaker, saying that it’s doing extraordinarily well and they just need to cross some Ts and dot some Is.

American’s McGee’s Alice is being developed for TV

Radar Pictures has secured the rights to American McGee’s Alice, the action-adventure game from EA, and has attached X-Men writer David Hayter to adapt the property for television.

Designed by American James McGee, the video game property includes the games Alice and its sequel Alice: Madness Returns, which are both twisted takes on Lewis Carroll’s Alice’s Adventures in Wonderland.

The TV adaptation will begin after Alice returns from the trip through the Looking-Glass. Her house is burnt down and her parents have died in the fire. Alice is the only survivor of the terrible accident. Afterward, she gets locked up inside a mental institution and is slowly wasting away there before she is summoned to Wonderland again by the White Rabbit. But this time it’s a Wonderland gone seriously bad and gory. The only chance for Alice to restore her peace of mind and find out more about the death of her parents is to fight through Wonderland and free it from the evil powers.

No broadcaster or streaming platform has yet acquired the drama series.

Wordle has been purchased by the New York Times

Wordle, the once-a-day word game that has reached massive popularity since launching in October, has been purchased by the New York Times.

The Times did not disclose the exact terms of the Wordle acquisition, though it stated in a press release that it paid in the low-seven figures. On Twitter, Wordle creator Josh Wardle stated that while it’s been incredible to watch the game bring so much joy to so many, he’s found the experience a little overwhelming since he’s maintaining it by himself. The game will eventually move to the New York Times site, where it will be free to play for everyone, and win streaks will likely be preserved.

Halo TV series to premiere on Paramount+ this March

First announced back in 2013, the Halo series spent years in development hell before ViacomCBS announced last year that the show would premiere on Paramount+ instead of Showtime, as previously planned.

The creatives behind the series say Halo draws on the nearly twenty years of mythology and lore that has sprung out of the popular franchise. It will dramatize an epic conflict between humanity and an alien threat known as the Covenant while weaving deeply drawn personal stories with action, adventure, and a richly imagined vision of the future.

The long-awaited live-action Masters of the Universe movie from Mattel Films has landed at Netflix with Kyle Allen set to play the hero He-Man.

The movie will be directed by the Nee brothers from a screenplay they wrote with Shang-Chi scribe David Callaham.

The Masters of the Universe lore centers around an orphan named Adam, who discovers he is a prince destined to be the savior of a far-away land and must quickly learn how to use his power to save his home from the evil Skeletor.

This most recent adaptation was previously in development at Sony, where at one point Noah Centineo was tapped to play the sword-wielding hero.