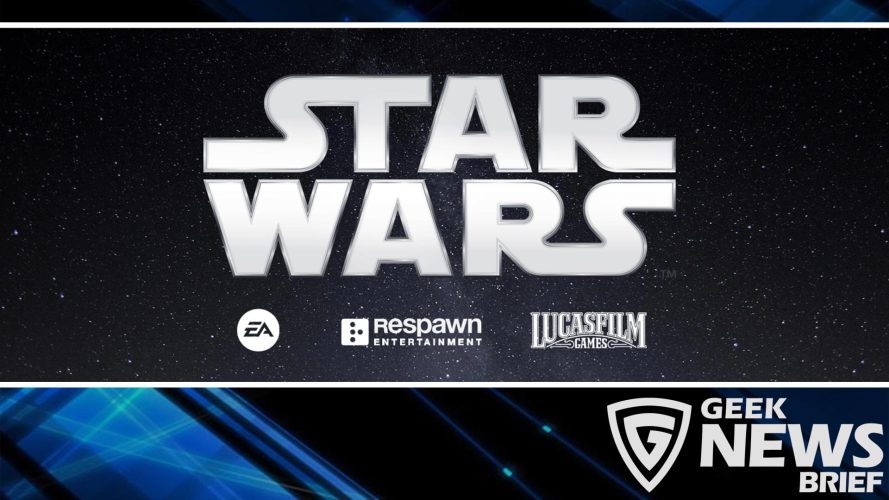 EA has announced that Respawn Entertainment is making three more Star Wars games. The studio is working on a follow up to its hit 2019 action-adventure title Star Wars Jedi: Fallen Order, though it’s not clear if the upcoming game is a direct sequel.

A second title is a first-person shooter being overseen by a former Star Wars Battlefront producer. In addition, a strategy game produced by Respawn is on the way from Bit Reactor, a new third-party studio headed up by a developer who previously worked on the XCOM series.

Two years after it was originally set to release, LEGO Star Wars: The Skywalker Saga will finally arrive on April 5th. The long-awaited title from TT Games adapts all nine movies in the Skywalker Saga, and you’ll be able to choose which trilogy to start with.

There are new combat mechanics, including ways to string attacks together and defend yourself with counter moves in styles tailored to your favorite characters. Players will experience fresh blaster mechanics, with an over-the-shoulder perspective with a third-person aiming reticle, and a cover system. As expected, there will be a ton of lightsaber action, space dogfighting, and many opportunities to use Force powers.

Many levels will have multiple paths to explore and you’ll be able to take on side missions. Class-based abilities are upgradable and there are more than 300 playable characters to unlock. There’s also a Mumble Mode, which will replace intelligible voice lines with mumbling, for those who prefer their LEGO games in the classic style.

Netflix has announced and debuted the first trailer for Murderville, a procedural crime improv comedy which is produced by and starring Will Arnett. Arnett plays Senior Detective Terry Seattle, who every day faces a new murder to solve with a celebrity guest star as his partner.

The catch is, the guest stars aren’t given a script. As they assist Terry clue by clue, they have to improvise their way through the case. In the end, it’s up to these celebrities alone to name the killer.

Blizzard is getting into a new genre with the announcement that it’s working on a survival game. It seems that the project is in the early stages of development, so don’t expect any footage anytime soon.

The job posting from the company says that the survival game will be a place full of heroes we have yet to meet, stories yet to be told, and adventures yet to be lived. A vast realm of possibility, waiting to be explored.

The one detail that was confirmed is that the game will be available on PC and console. With the recent acquisition of Blizzard by Microsoft, that could mean it will be console-exclusive to Xbox, but that remains to be seen.

PlayStation Plus and Xbox Gold free games for February 2022

Here are the free games for PlayStation Plus and Xbox Gold members for February.

Starting on February 1st, PlayStation Plus members will be able to step into the octagon in EA Sports UFC 4 and storm the castles in Tiny Tina’s Assault on Dragon Keep: A Wonderlands One-shot Adventure for PS4, as well as build parks in Planet Coaster: Console Edition for PS5.

Xbox Gold members can uncover a murderous conspiracy in Broken Sword 5: The Serpent’s Curse, run, jump, slide, or dash with Aerial_Knight’s Never Yield, fight back against terrorists in Hydrophobia, and fight against spiders, bugs, and more in Band of Bugs.

Tobey Maguire & Andrew Garfield explain why they returned for Spider-Man: No Way Home

Spoiler warning if you haven’t yet seen Spider-Man: No Way Home.

In a recent interview with Deadline, both Tobey Maguire and Andrew Garfield revealed why they decided to return for Spider-Man: No Way Home.

Maguire recalled his meeting with Marvel’s Kevin Feige and producer Amy Pascal, saying, “In that conversation, the intention, the kind of love and celebration of these movies and what it meant I think to Amy and Kevin was apparent, and to me, when artists or people who are steering the creative process have a kind of authentic, genuine intent of celebration and love, it just was so apparent in both of them, that I just wanted to join that. And I’m a big fan of Tom and those movies and Andrew. So, it was definitely intriguing, but yes, I was also going, ‘well, what are we going to do?”

Apparently, getting Maguire onboard was also a big selling point for Garfield. Once he knew his predecessor had joined the film, Garfield was game as well.

“Well, I was just waiting to see if Tobey was going to do it, and if Tobey was going to do it, then I was like, well, I have no choice, you know? I follow Tobey to the ends of the Earth. I’m a lemming for Tobey. But that was sincerely a big part of it when I was approached about it, and again, it’s similar to what Tobey was saying. It was like, oh, the intention feels very pure here, it actually feels like a great creative idea and a great creative story.”

Garfield added, “It wasn’t like they were just asking us to come and say hi and then leave again. But actually, have our presence being in service to Tom, being in service to Tom’s journey and where he is as Peter Parker, and I love the destiny feeling of the multiverse expanding in this film, and actually, without Tobey’s Peter and Andrew’s Peter being present for Tom’s Peter at this very moment, he may not become the Peter Parker that he’s supposed to become…Getting three Spider-Men together could go one of two ways, and I think it’s a testament to these guys that it went the way that it went, which was a brotherhood, which is just beautiful.”