Note: Game key for Nintendo Switch was provided by the developer. This had no bearing on our review.
Wizard of Legend is available for PC in the Humble Store

You find yourself on the floor, just outside of a museum. The museum ahead of you is dedicated to the Chaos Trials, a deadly gauntlet for talented wizards. On display inside are virtual reality, magic-testing stations and mysterious, ancient relics. The delightfully lore-centric tutorial immediately immerses you in the world and lets you play with all of the tools you’ll need to become the Wizard of Legend. Experiencing a tutorial always has advantage over being thrust into one, and the tutorial stage blends seamlessly into the magical world full of talking furniture and dangerous wizards that the primary game takes place in. 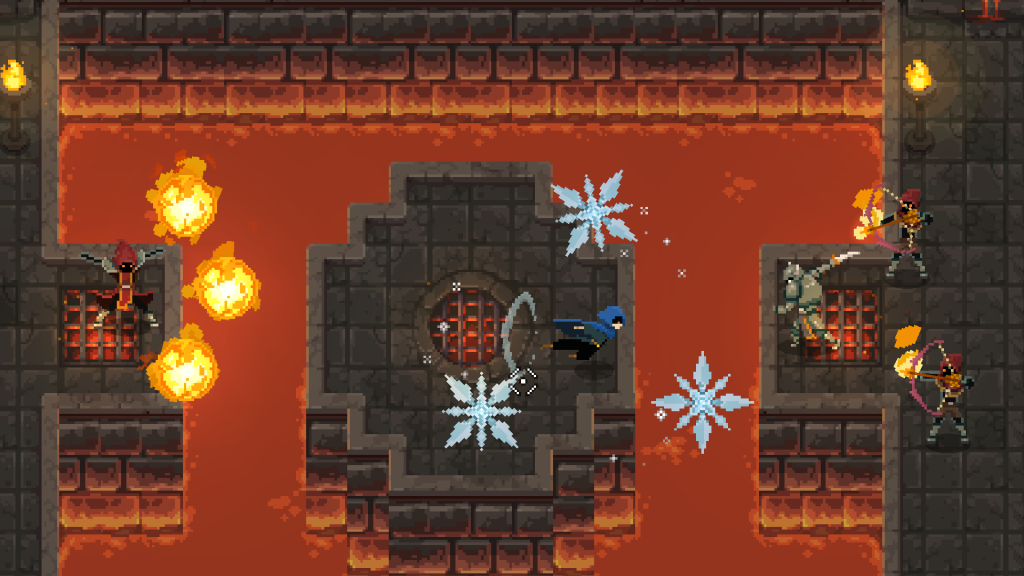 Admittedly, the story of Wizard is cut and dry: fight your way to the top and become the best, but at no point does Wizard set an expectation that it is wanting to do more than that. The story of the ice queen, earth lord, and fiery empress taking on challengers in a tournament is all the game needs to launch you directly into combat, and much like the Chaos Trials themselves, once you start, you can’t stop. The gameplay mechanics embrace the most thrilling aspects of roguelikes and the fluid customization of RPGs and are simply addictive; each design decision feels driven by the game’s mechanics rather than the other way around.

In true RPG fashion, successfully completing the Chaos Trials can only be accomplished through proper preparation. A bazaar of booths operated by a cute collection of magical shopkeeps provides a collection of items necessary for you to fight for your title as Wizard of Legend. These items allow you to customize your character in a variety of ways, the most important of which is your arcana selection. Composed by virtuosos, arcana are elemental spell cards that are purchased using the game’s lasting currency, crystals, and can be freely rotated in and out of your hand in order to build your perfect playstyle.

Arcana are broken down into four slots (plus two bonus slots that become available as you progress), and the four card slots may be filled with magic from one of five elemental sources. Discovering new spells and finding those that synchronize well together is like piecing together a puzzle. With a new hand of arcana, gameplay strategy evolves: you can play passively with summoning magic or dive in head first with explosive melee spellcasting, and the button layout remains intuitive regardless of your path. This ensures that all of your spells work together smoothly, even as the L and R button incorporate themselves into your growing hand. But strategy can only get you so far.

Each dungeon is procedurally generated when you begin a new run for the title. Though this does lead to longer load times, it opens a magical door to endless opportunities to navigate through corridor after corridor of danger. After two dungeons, you are granted access to that element’s boss before moving up to the next elemental stage. Each stage presents new enemy types and more complex labyrinths that can lead to the next fight or the next exit.

With potential danger lurking around each turn, getting lost can quickly take a toll on your key resources: health and gold. Gold functions as a temporary currency only available during your current Trial attempt and can be used to buy a random assortment of items and spells from vendors inside the maze. The items available for purchase, however, are without descriptions, which led to more than a few impulse buys that cost me my life. Items and spells have wonderful flavor texts and helpful abilities, but spending gold in the hopes that an object would be helpful was less a direct challenge than it was frustrating.

Health is sparse and taking small amounts of damage has lasting ramifications. Some relics hidden in the dungeon are cursed which could add a complex layer to gameplay by giving and taking but almost exclusively lowers maximum health, making the challenge of survival more frustrating than rewarding at times. The random nature of the items and spells available in the maze allow you to customize your gameplay as you advance, but these relics and abilities are as temporary as the gold.

After a loss, you can return to the bazaar with your newly found crystals, decide on a new tactic, and dive back in to fight again!

The single-player experience of Wizard of Legend is a decent challenge, but the game takes on an entirely new life in its multiplayer modes. Delving into the Chaos Trials with a partner creates a new layer of complexity to the approach, and the versus mode offers a randomized deep dive into the game’s deck of over one hundred spells. The Nintendo Switch edition of the game offers up a great use for the Joycon controllers and allows for an easy transition to the co-op experience with the exception of using the L/ZL and R/ZR for alternate buttons even when the controllers are turned sideways.

Regardless of your approach, Wizard of Legend offers an exciting, endless dungeon experience with hundreds of customization options and a whimsical, retro art style. The ability to create your own style through arcana and relics makes every attempt unique and doubles down on the idea that each dungeon is a new chance. Mechanically the game is also quite fluid aside from the infrequent frame rate drop (that do become slightly more frequent during the chaos of mulitplayer), and it remains difficult enough even as you continue to grow into your legacy as the Wizard of Legend. 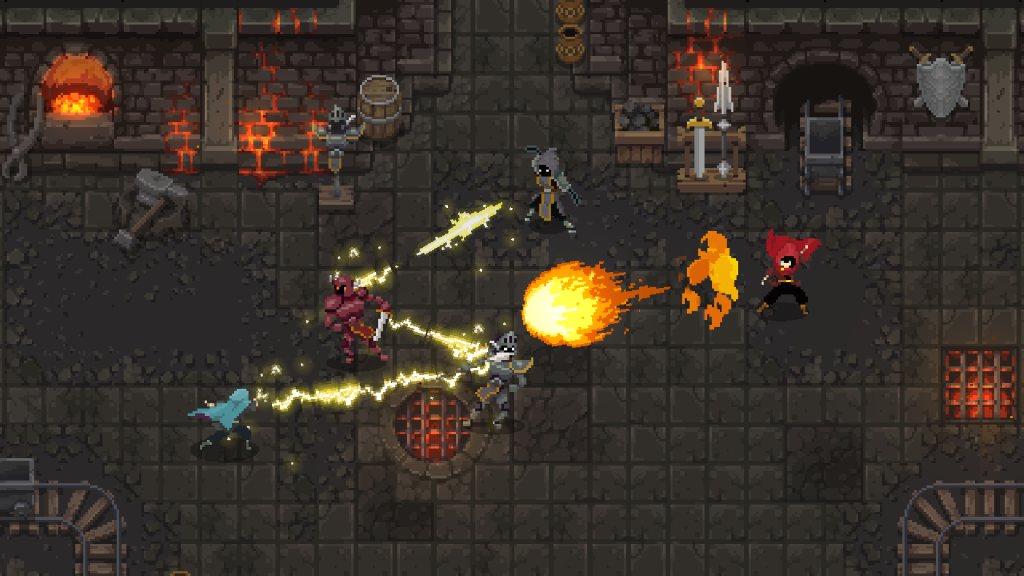 Wizard of Legend is available for PC in the Humble Store