3 min read
Add comment
FacebookTwitterRedditPinterestEmail
While it might not scratch the itch of the hardcore baseball video game fan, the simple fun and depth of the game, including the levels of play from beginner to expert, seem to have staying power.

Article by: Matt West
Note: Game key for Xbox One was provided by the developer. This had no bearing on our review.

The opportunity to review Super Mega Baseball 2 by Metalhead Software for the Xbox One comes at a great time. For a few more days in the month of May, readers of the review who have Gold memberships to Xbox Live can get the full version of the game free of charge!

With that said, should you consider downloading the game? I would answer that with an emphatic YES. I previously had the first installment of the game, which I enjoyed playing enough. So what’s the deal with the second version?

First off, the game features far more streamlined characters. They are in most cases very exaggerated and cartoony. The animation of said characters is smooth as silk and the interface seemed tight, as in they react right in-line with your button mashing. Admittedly, while I am a casual baseball fan, I’m not the sort of fan who has the attention span to play endless hours of 9-inning games against the CPU or against others online. Super Mega Baseball 2 allows shorter games, which is terrific if you have fifteen to twenty minutes and want to get a quick one in. The controls are also fairly simple to learn and with some invested play, to master. 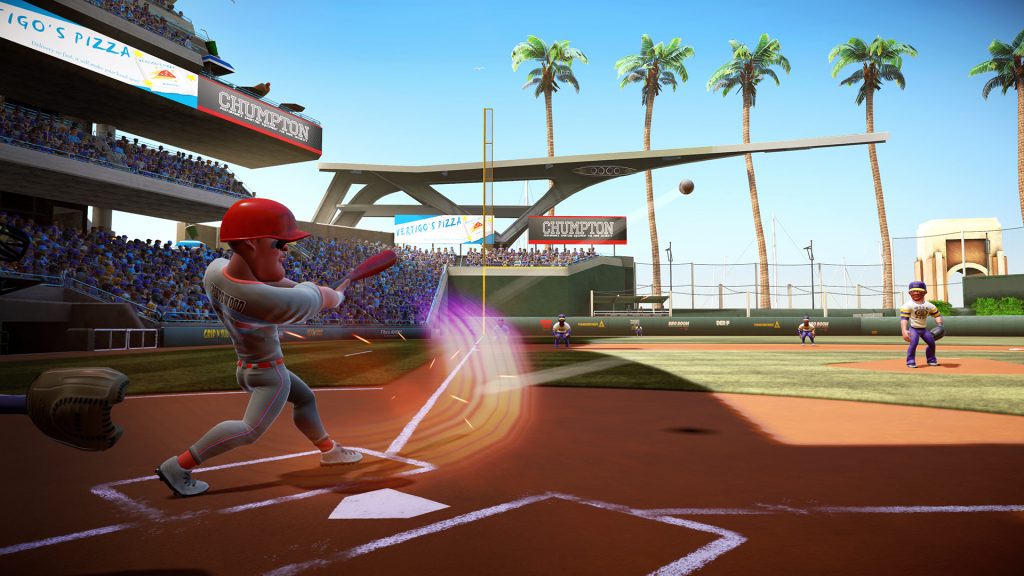 Super Mega Baseball 2 offers a great online experience. The “Ego” system is a method of handicapping the games as well. Someone with a low ego will gain some benefits when challenging someone with a high ego rating. The game also allows customization of teams, complete with substitutions, pinch hitters/runners, a bullpen with relief pitchers, and more. The physics of the game, despite the cartoonish characters, seemed realistic. Pitches react as they should and hitting the ball early/late or in different places will react as they would in a real game.

Available on Steam, PS4, and Xbox One, Super Mega Baseball 2 is pretty much available to everyone gaming at this point. While it might not scratch the itch of the hardcore baseball video game fan, as all the teams and players are fictitious, the simple fun and depth of the game, including the levels of play from beginner to expert, seem to have staying power. The graphics and sound are great, game mechanics are solid, and the replay value seems high. 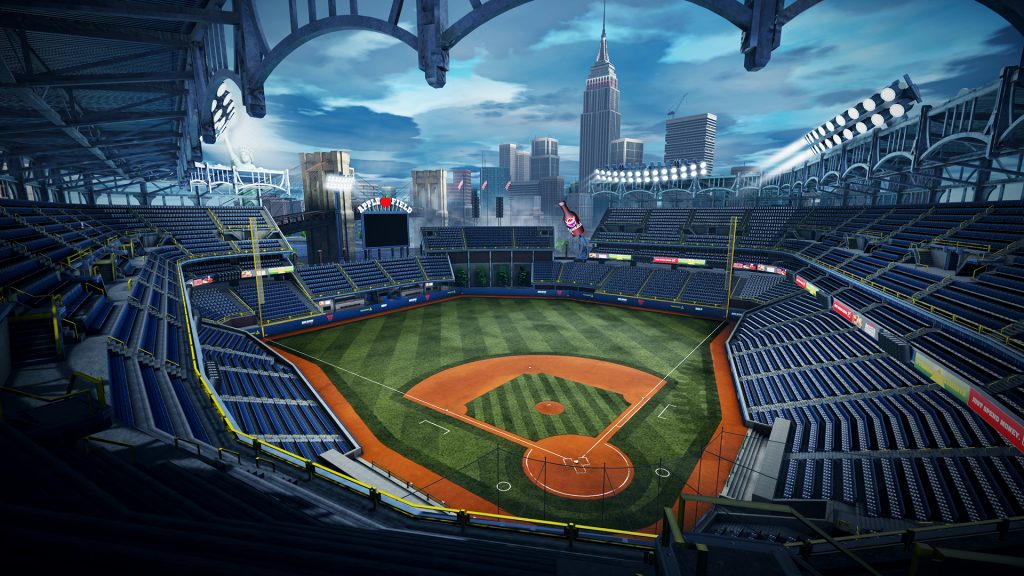 + High replayability
+ Great cartoon character designs with their own personalities
+ Easy to learn controls, but room left for increased challenge

– It’s not MLB, so you’re not getting simulation-level realism
– Not much customization of teams/logos, etc.