Telltale announces new seasons of Batman and The Wolf Among Us, final season of The Walking Dead

6 min read
Add comment
FacebookTwitterRedditPinterestEmail
In a Summer 2017 update, Telltale games released announcements for Batman: The Telltale Series, The World Among Us, and the final chapter of The Walking Dead. 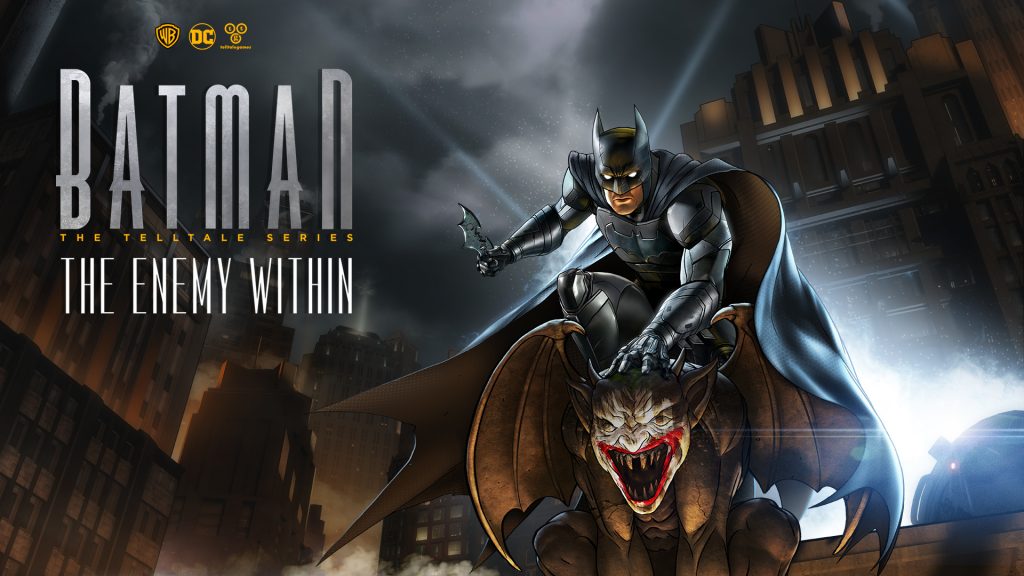 Telltale Games, alongside DC Entertainment and Warner Bros. Interactive Entertainment, have announced Batman: The Enemy Within – The Telltale Series, a new five-part, episodic game series that continues Telltale’s unique take on the Caped Crusader. Episode one, ‘The Enigma,’ will be available for download starting August 8th, 2017 on Xbox One, PlayStation 4, PC and Mac, and will become available on iOS and Android-based devices later this year.

The series will also be available at retailers this October for Xbox One and PlayStation 4 on a special ‘Season Pass Disc,’ which will include the first episode of the season, as well as download access to all subsequent episodes as they are released through an online connection.

In this latest chapter, both Bruce Wayne and Batman will be forced into precarious new roles. The Riddler has returned to terrorize Gotham City, but his gruesome puzzles merely foreshadow an even greater crisis. With the arrival of a ruthless federal agent and the return of a still nascent Joker, Batman must navigate uneasy alliances while Bruce Wayne undertakes a perilous series of deceptions. Which of Batman’s new allies will you choose to trust? And how deep into the darkness will you let Bruce descend?

This new season will be accessible to both returning fans and newcomers alike, though players’ choices from the first season of Batman: The Telltale Series will optionally carry over into The Enemy Within. This season will also include Telltale’s unique multiplayer ‘Crowd Play’ feature, which allows friends and family to engage with the adventure together by helping to decide the direction of the story from any mobile device with an online connection.

Rendered to look like a living, breathing comic book, Telltale’s vision of Batman features an award-winning cast of talent including Troy Baker, who returns to reprise his role as Bruce Wayne, as well as Anthony Ingruber, who will reprise his fresh take on ‘John Doe,’ better known to fans as The Joker.

Batman: The Enemy Within will be a standalone product separate from the first season of Batman: The Telltale Series and is licensed by Warner Bros. Interactive Entertainment and based on DC’s iconic character. The second season will be available for download on Xbox One, PlayStation 4, PC, Mac, iOS, and Android-based devices. The series is currently in development and has not yet been rated by the ESRB. 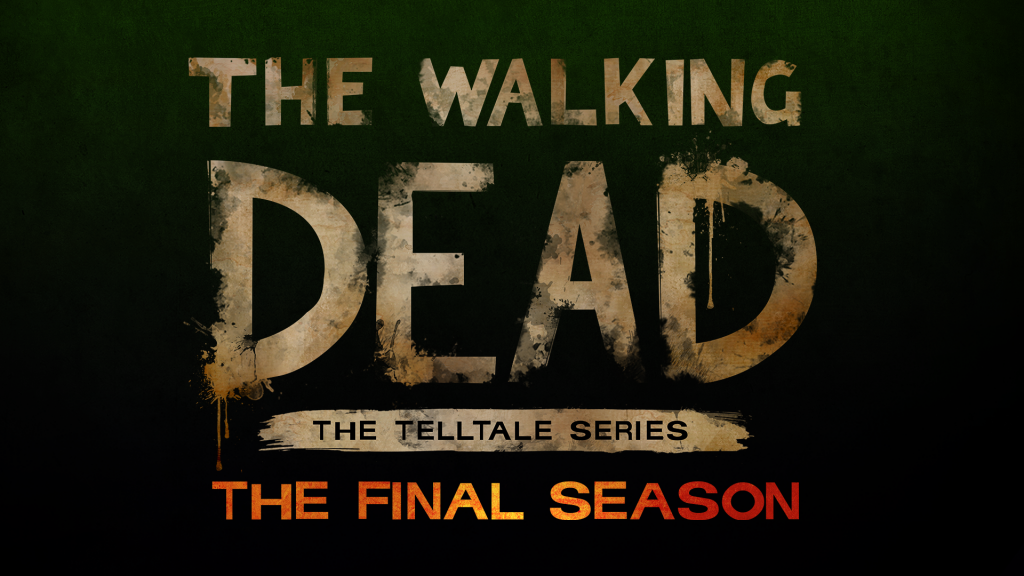 Telltale Games and Robert Kirkman’s Skybound Entertainment have announced that the critically acclaimed The Walking Dead: The Telltale Series – The Final Season (working title) is now in development to premiere in 2018.

In a series retrospective released in celebration of Comic-Con through Telltale’s Summer 2017 Update, the development team at Telltale sat down to reflect on the journey of series protagonist ‘Clementine’ since the first episode premiered in April of 2012. In discussing the character’s path all the way through 2017’s conclusion of The Walking Dead: A New Frontier, Telltale confirmed that this fourth and final season would focus on Clementine in the lead role, allowing players to fully step back into the shoes of the fan favorite character.

“It’s going to be an amazing experience. Thank you all so much, from the bottom of my heart,” said Melissa Hutchison, the award-winning actress who has been the voice of ‘Clementine’ since 2012. “It’s been a lot of blood, sweat, and tears, and so much love has been behind this whole experience. Good luck, I’ll be right there with you.”

The Walking Dead: The Final Season (working title) will debut in 2018 on consoles, PC/Mac, iOS and Android-based devices. Additional platforms are yet to be announced.

The Walking Dead is set in the world of Robert Kirkman’s award-winning comic book series and offers an emotionally-charged, tailored game experience where a player’s actions and choices affect how their story plays out across the entire series. 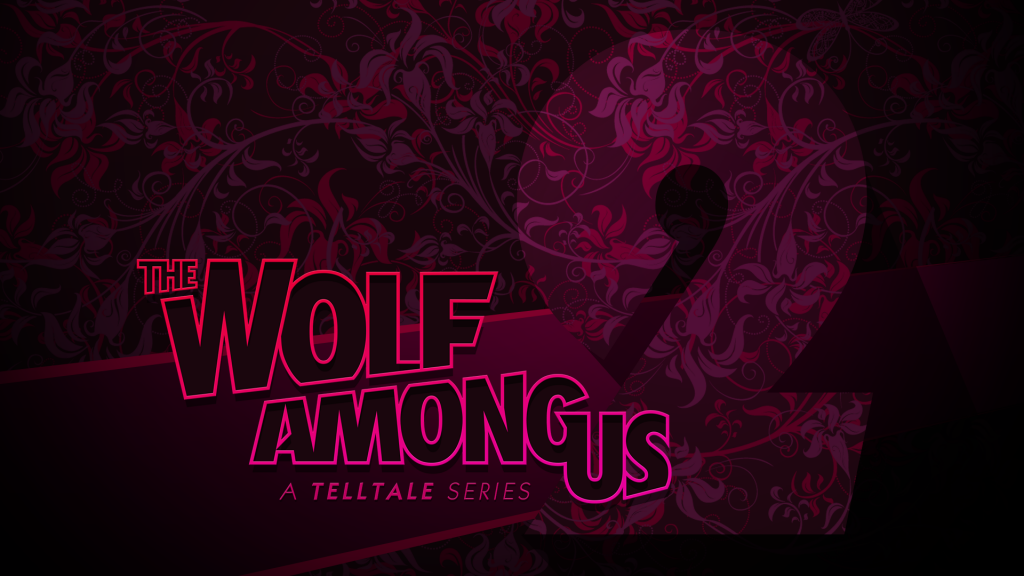 In partnership with DC Entertainment and Warner Bros. Interactive Entertainment, Telltale Games today announced a second season of The Wolf Among Us: A Telltale Games Series, the critically-acclaimed and award-winning episodic adventure game series based on Bill Willingham’s ‘Fables’ comic book series, is set to debut in 2018.

With overwhelming popular demand from fans since the series concluded in 2014, Telltale surprised their fans in an announcement video from the cast and crew confirming that the project is coming in the year ahead. Though this new season has not yet been officially titled, it will debut in the second half of 2018 across all major gaming consoles and mobile gaming devices. This new season will begin a fresh story arc for its returning cast of characters, featuring the return of Adam Harrington as Bigby Wolf and Erin Yvette as Snow White.

The Wolf Among Us: A Telltale Games Series was met with critical-acclaim and heralded as a 2014 Game of the Year Contender by Gamespot.com. The series also received awards for ‘Best Story’ and ‘Best Performances’ by IGN.com, and was awarded ‘Best Narrative’ at the SXSW Gaming Awards.

The final episode of The Wolf Among Us: A Telltale Games Series received a 9.3 out of 10 score from IGN.com, who awarded it ‘Game of the Month’ saying, “Simply put, The Wolf Among Us’ finale provides some of the finest storytelling I’ve played in a long time… Telltale’s finale is a fantastic adventure, and some of the best work the studio has ever done.” Nerdist.com called the series, upon its conclusion, “a tour de force of sex, lies, murder, deceit, and, ultimately, hope.”

A consistent New York Times bestseller, Fables was created by Bill Willingham and became one of DC Entertainment’s longest-running series, published under its Vertigo imprint from 2002 to 2015. With over a dozen Eisner Awards — including Best Writer, Best New Series, and numerous wins for Best Serialized Story — the Fables universe has become one of the richest mythologies in the world of comics, imagining that characters from the world’s most beloved storybooks are real and living among us with all of their powers intact.

The second season of The Wolf Among Us: A Telltale Games Series will be a standalone product separate from season one and is licensed by Warner Bros. Interactive Entertainment. The second season will be available for download on Xbox One, PlayStation 4, PC, Mac, iOS, and Android-based devices. Additional platforms are yet to be announced. The series is currently in development and has not yet been rated by the ESRB.

Batman: The Telltale Series Fables SDCC SDCC 2017 Telltale Games The Walking Dead The Wolf Among Us