7 min read
Add comment
FacebookTwitterRedditPinterestEmail
The CW has announced its primetime schedule for the 2017 – 2018 season which includes one new comedy and three new dramas.

The CW has announced its primetime schedule for the 2017 – 2018 season which includes one new comedy and three new dramas. 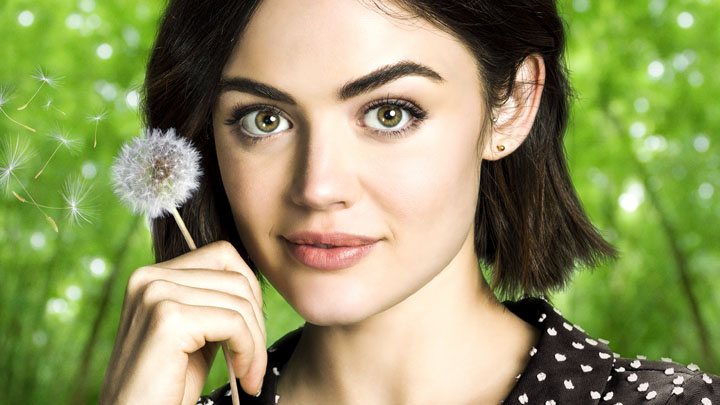 LIFE SENTENCE follows Stella (Lucy Hale), a girl who has spent the last eight years living like she was dying (because she was). Just like the “manic pixie dream girl” heroines in her favorite sappy cancer movies, Stella traveled the world, faced her darkest fears and found true love on a whirlwind trip to Paris. But when Stella finds out that her cancer has been cured, she is suddenly forced to face the long-term consequences of the “live in the moment” decisions she made, including marrying a total stranger. And if that’s not enough, she also finds out that her “perfect family” isn’t so perfect after all. Turns out, because she was dying, everyone in her life hid their problems from her. But, now that she’s well, all bets are off. Stella is shocked to learn that her parents, Peter (Dylan Walsh) and Ida (Gillian Vigman), have fallen out of love, partly because Peter spent their retirement helping Stella make the most of her final days, and partly because Ida has fallen in love with her best friend (Stella’s godmother), Poppy. Also, it turns out Stella may be responsible for the fact that her sister, Elizabeth (Brooke Lyons), gave up her own dreams to take care of Stella and start a family with her husband Diego (Carlos PenaVega), just to give her parents something positive to focus on. Then there’s Stella’s often overlooked brother, Aiden (Jayson Blair), who’s pushing 30 and still lives above the garage, sells Adderall to soccer moms and uses Stella’s cancer to guilt them into sleeping with him. And, of course, there’s her husband Wes (Elliot Knight), a handsome Londoner who she agreed to spend the rest of her life with, thinking that would only be six to eight months, tops. Now that their forever just got a whole lot longer than they were expecting, Wes begins to worry that he can’t continue to pretend to be her perfect husband for the rest of his life. With a real future suddenly in front of her, Stella’s cinematic life snaps into reality, and instead of living like she’s dying, she will have to learn to live like she’s living, and help her family and friends do the same. This multi-generational, coming-of-age story proves that we all end up living somewhere between our dreams and reality… and maybe that’s okay. LIFE SENTENCE stars Lucy Hale, Elliot Knight, Dylan Walsh, Gillian Vigman, Jayson Blair, Brooke Lyons, and Carlos PenaVega. 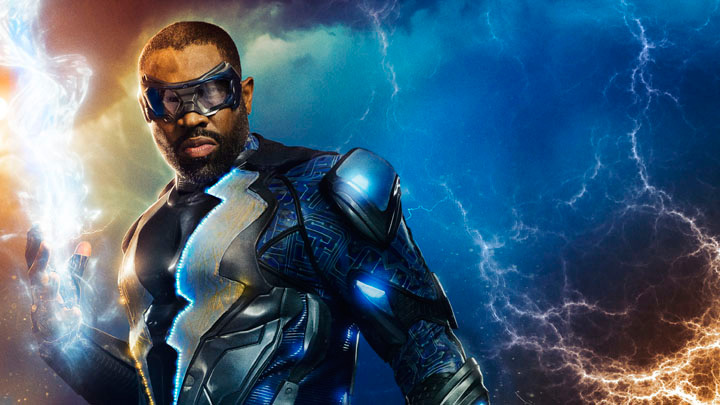 Jefferson Pierce (Cress Williams) is a man wrestling with a secret. As the father of two daughters and principal of a charter high school that also serves as a safe haven for young people in a New Orleans neighborhood overrun by gang violence, he is a hero to his community. Nine years ago, Pierce was a hero of a different sort. Gifted with the superhuman power to harness and control electricity, he used those powers to keep his hometown streets safe as the masked vigilante Black Lightning. However, after too many nights with his life on the line, and seeing the effects of the damage and loss that his alter ego was inflicting on his family, he left his Super Hero days behind and settled into being a principal and a dad. Choosing to help his city without using his superpowers, he watched his daughters Anissa (Nafessa Williams) and Jennifer (China Anne McClain) grow into strong young women, even though his marriage to their mother, Lynn (Christine Adams), suffered. Almost a decade later, Pierce’s crime-fighting days are long behind him…or so he thought. But with crime and corruption spreading like wildfire, and those he cares about in the crosshairs of the menacing local gang The One Hundred, Black Lightning returns — to save not only his family, but also the soul of his community. 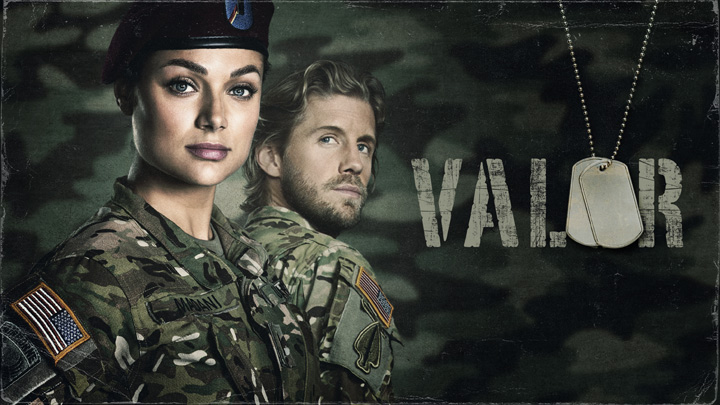 An elite unit of U.S. Army helicopter pilots called the Shadow Raiders are sent on a top secret mission to Somalia, a mission that goes terribly awry. Only two members of the team return safely: Warrant Officer Nora Madani (Christina Ochoa), one of the unit’s first female helicopter pilots, and her commanding officer, Captain Leland Gallo (Matt Barr), while the whereabouts of their comrade Jimmy Kam (W. Tre Davis) are unknown. Now back in the U.S., Madani and Gallo are the only ones who know the truth about what really went wrong in Somalia. Nora’s boyfriend, First Lieutenant Ian Porter (Charlie Barnett), suspects she’s not telling him the full story, and Jess Kam (Corbin Reid), Jimmy’s wife and Nora’s friend, is frustrated and furious at being kept in the dark. Meanwhile Thea, (Melissa Roxburgh) the enigmatic CIA officer charged with investigating the failed mission, has her own suspicions about what occurred. With Nora still recovering from a gunshot wound suffered during the mission, the commander of the Shadow Raiders, Col. Robert Haskins (Nigel Thatch), grounds her from flying. But when it’s discovered that Jimmy is alive and being held captive by a group of ruthless terrorists, Nora is determined to join Gallo back in the cockpit to rescue their friend. As preparation and training intensify, Nora and Gallo grow closer, and soon find themselves torn between duty, honor and desire as they wonder who they can trust, and whether the secrets they’re hiding will help save Jimmy… or put them all in terrible danger. VALOR stars Matt Barr, Christina Ochoa, Charlie Barnett, W. Trè Davis, Corbin Reid, Nigel Thatch, and Melissa Roxburgh. 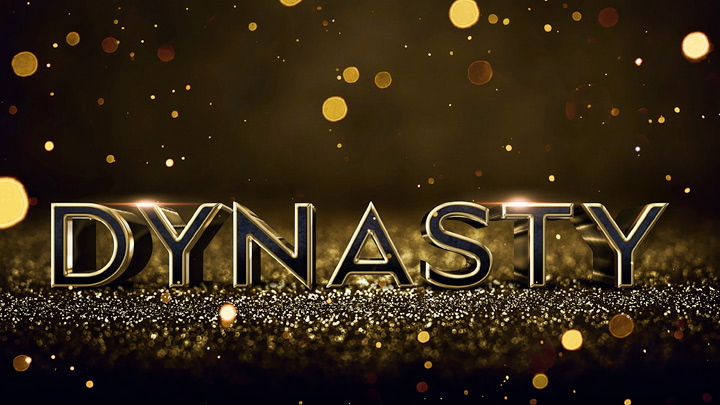 Fallon Carrington (Elizabeth Gillies) is charismatic, cunning, and poised to become the new COO of her father’s global energy empire – or so she thinks. When her father, Blake Carrington, (Grant Show) summons Fallon and her brother, Steven, (James Mackay) home to the family compound in Atlanta, Fallon is horrified to learn that the reunion isn’t to announce her promotion – but rather to make the acquaintance of their stepmother-to-be, Cristal (Nathalie Kelley). Cristal is stunning – and almost as young as Fallon, as Fallon is quick to point out – but she isn’t just some flimsy gold-digger to be scared off. Cristal is driven, principled, a savvy publicity maven at Carrington Atlantic, and she truly loves Blake. However, the wealth and privilege of the Carringtons’ world proves challenging to her, as she clashes with the staff, including Blake’s butler Anders (Alan Dale), as well as Fallon, who all make it very clear Cristal doesn’t belong. Family dynasties flow through blood, and Fallon would sooner draw blood than call Cristal “Mom.” Fallon asks Culhane (Robert Christopher Riley), the family’s chauffeur – and Fallon’s secret lover – to help expose Cristal for the fraud Fallon thinks she is. But when that backfires, and Blake chooses Cristal over his own daughter, Fallon sidles up to Blake’s biggest rival, Jeff Colby (Sam Adegoke), mixing business and pleasure to seek her revenge… leaving a jealous Culhane to watch from the sidelines. While the Carringtons’ rocky relationships prove the theory that family sticks together no matter what, Cristal is reminded of exactly that when her nephew, Sammy Jo (Rafael de la Fuente), arrives with a suitcase full of secrets from Cristal’s past. Now Cristal’s carefully concealed history could bring her future crashing down – and who knows who else she might take down with her. DYNASTY stars Grant Show, Elizabeth Gillies, Nathalie Kelley, James Mackay, Alan Dale, Sam Adegoke, Robert Christopher Riley, and Rafael de la Fuente.