4 min read
Add comment
FacebookTwitterRedditPinterestEmail
UnEpic should not be measured by its title, as the game truly stretches into some seriously awesome territory for an indie game.

UnEpic should not be measured by its title, as the game truly stretches into some seriously awesome territory for an indie game. This game will bring you back to the PS1 era of side-scrolling RPG goodness, and if you’re a fan of the Metroidvania genre of games, this one is impossible to pass up. Released originally in 2011, this review will cover the newly-released PS4 port of the game.

The story kicks off in an un-epic sense when Daniel is playing Dungeons and Dragons with his buddies. A seemingly simple bathroom break turns when the lights go out. He lights his lighter to find he is no longer in a bathroom… but a dungeon instead. After exploring the tutorial area, Daniel is possessed by the evil shadow creature, Zera. However, instead of being controlled against his will, the shadow finds he is powerless inside only to be freed by Daniel’s death. Zera will manipulate and try to trick you into dying as you adventure deeper into the dungeon. As Daniel explores, he realizes his goal: to kill the master of the dungeon… Great Lord Harnakon.

UnEpic is packed with fun dialog and a silly premise, but don’t let that fool you. It’s entertaining and fun to hear how the characters interact with each other, especially with Zera being inside Daniel. The writing might be a little silly at first but it really grows on you as you get deeper into the game. 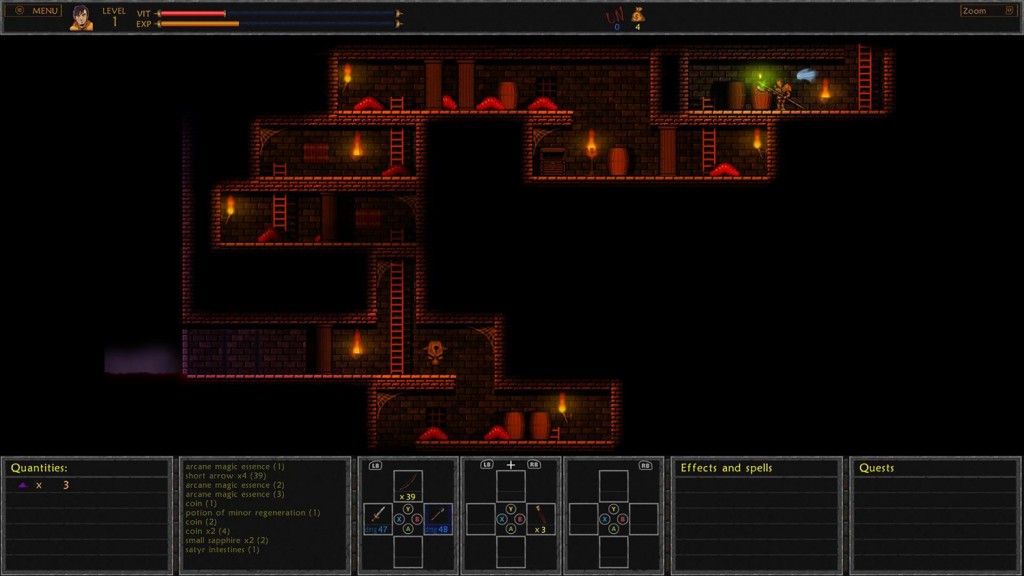 This game is basically Castlevania: Symphony of the Night with deeper RPG elements, which is amazing. It features 2D non-linear progression any fan of the aforementioned genre would be delighted to play. Explore an area, kill the boss, get a key, and explore the next zone, finding treasure and new abilities along the way.

Character customization is vast, as any good RPG should be. It features alchemy recipes, spells, and pets for you to find to help you along the way. There are tons of weapon types and armors to choose from that will all change what your character is strong against. It’s best to take a sword into battle against flesh and maces work better against armor, for example. This allows for a ton of different scenarios to play out and keeps the game feeling fresh.

The combat in the game features many weapon and spell types that will deal more or less damage depending on your enemy’s weakness, a common feature of RPGs. As a fan of complex RPGs and 2D platforming exploration games, I had a great time playing this game, but if you’re more into Metroid than RPGs, you might not take away as much from this title.

The game’s artstyle is heavily inspired by the old-school RPG aesthetic. If you’re a fan of pixel art you might like this game’s style. The character portraits all look uniquely drawn and can take some getting use to if that’s not your preferred style, but it’s sharp enough to find beauty in once you do.

The visual effects are very helpful with combat as you get visual cues to hitting monsters with weapons and spells. Rooms will frequently be pitch black and you’ll have to ignite the light sources, showing the visual lighting mechanics in the game. I think this brings a lot to the table in terms of feeling like you’re lost in a maze. 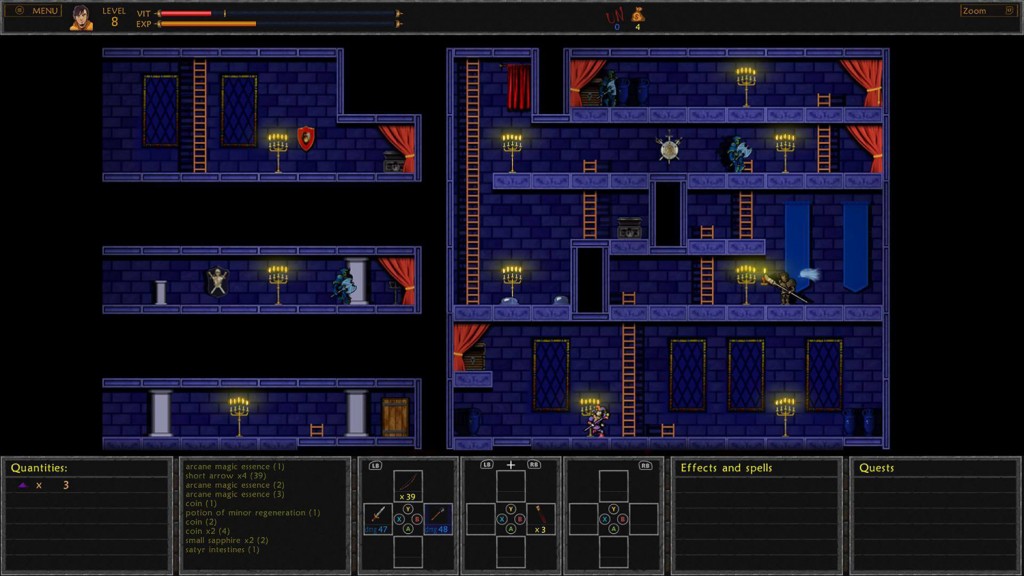 The sounds are simple, but help out with auditory cues when in combat, or when danger lurks in the unseen shadows of the room. Nothing really stood out for me, but it wasn’t bad either. This release of UnEpic had voice acting, though I have read that some releases did not feature it.

The music is also very fitting, but to me, nothing that really stood out too strongly. Like the other sounds, it wasn’t bad, but it wasn’t masterful either. It helps to set the mood and serves its purpose, but don’t expect it to blow you away.