3 min read
Add comment
FacebookTwitterRedditPinterestEmail
Rocketbirds 2: Evolution is challenging, bleak, ironic and witty; a strange combination that somehow offers something that’s a bit of everything but still its own thing.

Rocketbirds 2: Evolution is going to be one of those games that fans of Oddworld and other screen-to-screen based puzzle adventure games are going to love. The first installment slipped under my radar which is ironic given the occupation of the game’s protagonist, “Hardboiled Chicken,” a one-piece order of death and destruction.

The first chapter sets the pace just right. HBC is on a mission to track down his nemesis, who apparently survived their encounter from the first game. It’s this opening stage that gets you familiar with the game’s twin stick aim and navigation. At first glance I thought I was getting a Contra game starring what I had for lunch yesterday, but despite the weapons I acquired, the action is contained within each screen. 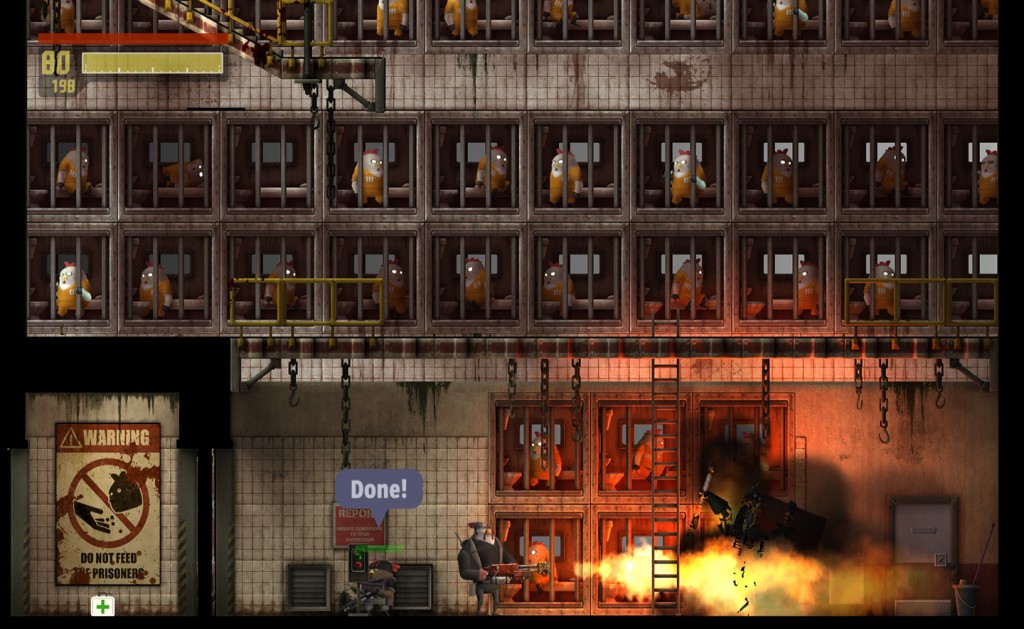 I learned this most in the second chapter, which will throw you into the puzzle solving pool early. Players will have to utilize the Castlevania-lite style map as they infiltrate a processing plant with a disgusting secret. I noticed a lot of the humor has some political commentary about world politics, especially in regards to mass consumption and being complacent. It all seemed to be in good fun though as Hardboiled Chicken, or his enemies, seem to pontificate any point one way or another. Most of HBC’s lines are stilted action movie-like lines as he is a chicken with very few words.

Chapter three was wise to break up the action with a very clever underwater throwback to twinstick arcade shooters. HBC is chasing a nuclear submarine in a jet powered scuba suit, all while Penguin soldiers of different classes engage him with tracking missiles, mines, and electric spread shots. I hope the full game has more stages like this. It was a nice cool down from all of the key cards, elevators, and harder than expected mini-bosses. It was clear that the design for this game was intended to be a deliberate hodgepodge of styles and, based on what I played, that was a smart call. 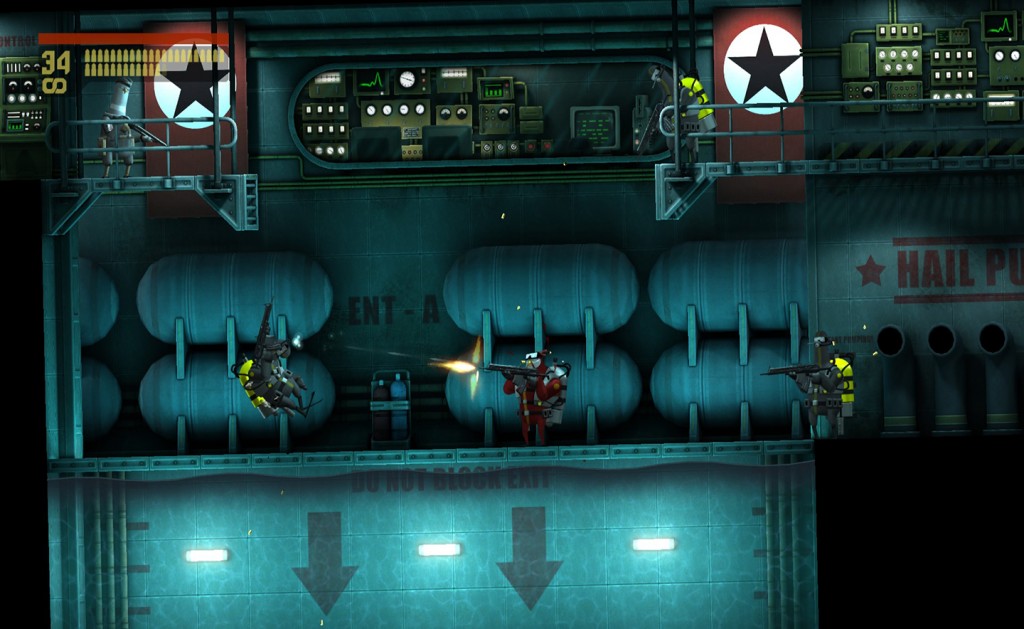 Lastly, I tried out the game’s “rescue mode” which is where the real “meat” of the game is! Rescue mode is an optional cooperative mode that turns the stages HBC visits into sort of an open world, hub based game. Here however, HBC is “missing in action” due to the single player, so here you play as the rest of the commandos. I didn’t get to try this with four players, but with two the game forgoes most of the puzzle solving in favor of a more traditional shoot ’em up. The objective here is to rescue your target so that they join your expansive cast of playable birds. Each one has their own unique weapons and look, so finding them all will be imperative to completionists who need to see everything. As I went on more missions, stores in the base became unlocked. Based on what I played, I admit, I’ve barely scratched the surface. Suffice it to say, Rescue Mode could have easily been a game in itself as I found its depth to be surprising and how this mode will connect to the story is left to the player to figure out.

Rocketbirds 2: Evolution should be a fun edition to the PlayStation 4 arcade library. It’s challenging, bleak, ironic and witty; a strange combination that somehow offers something that’s a bit of everything but still its own thing. Hardboiled Chicken is a bird of few words, but plenty of action. Find out why later this spring.