5 min read
Add comment
FacebookTwitterRedditPinterestEmail
What you’ll find when you pick up Dark Souls III is one of the most lovingly built entries to the franchise, on par with the legendary Demon’s Souls and Dark Souls.

Dark Souls III is the final entry in the series headed by the now famed Hidetaka Miyazaki, the creator of the Souls series of games. Fans of the series are more anxious than ever to see, play, and consume more Souls. According to From Software, the developers behind Souls, this is potentially the last installment of the series as we know it. On the bright side, though, what you’ll find when you pick up Dark Souls III is one of the most lovingly built entries to the franchise, on par with the legendary Demon’s Souls and Dark Souls.

The original Dark Souls is famous for the extremely ambiguous story that is present through item descriptions, environmental clues, and vague character dialog. While this method of storytelling is undoubtedly still there, Dark Souls III also offers a certain level of strong surface storytelling, allowing players from all aspects to enjoy it.

A direct continuation of its predecessors, Dark Souls III offers the story of an undead who has become unkindled and must kill the previous Lords of Cinder to inherit the flame, allowing him or her to continue the Age of Fire as presented in the previous entries. The Age of Fire is the age of light, and as per good storytelling, is threatened by the Age of Dark. When the fire goes out the light fades and a black abyss will encompass the world. The true question, however, is whether or not Dark is truly worse than Light. 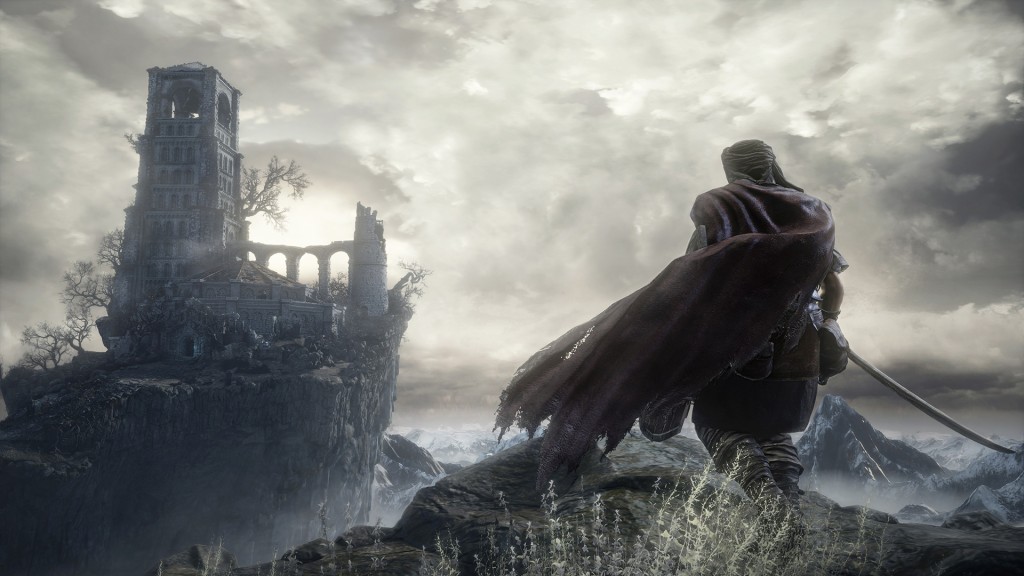 Souls is an Action/RPG that is infamous for its difficult combat, but that shouldn’t be something to scare you away. The game is built on a classic game design fundamental — with practice comes mastery. Similar to the original Mega Man games, you have tight, precise controls that stay through the whole game. As you play and level up, you get better and better; when you reap the rewards of victory, it awakens a feeling many other games could not offer.

Each playthrough you are offered many styles of play. You could create a hearty knight, a faithful cleric, or a sorcerer gone madman. All weaponry and armor can be fitting to nearly any kind of character, and this allows for some of the most deep customization in the Action/RPG genre of video games. Personally, I play through the Dark Souls games five to six times with vastly different characters each time before I start to tire from the game.

The phenomenal level design of the initial Dark Souls release is back, seemingly handcrafted by Miyazaki himself. The interconnected world will never once break your immersion as the jigsaw pieces of the world fall into place around you as you explore. Levels are bigger than ever before, hosting several hidden secrets, shortcuts, and mysterious covenants to join.

Covenants are traditional to the series, and are often used in the multiplayer aspect of the games. How you play is up to which covenant you align yourself with, each with benefits between cooperative play and player-vs-player competitive play. As a series veteran, it was very fun to find which classic covenants made a return, as well as the introduction of new covenants that are sure to bring pleasure to those who are interested in multiplayer.

The difficulty experienced fans are craving is definitely still there, and I’d argue it is even more treacherous than some of the other entries to the series. I’m a very skilled veteran of the franchise whose timecard often falls into the 72-hour margin of finishing these games, and Dark Souls III fit right into that bubble.

The graphics of the world design are excellent, with brilliant backdrops and a wide variety of good-looking environments to explore, ranging between castles, swamps, catacombs, and more. Built on the Bloodborne engine, this is easily the best looking game of the franchise, and potentially one of the best looking RPGs you can get your hands on for consoles.

Unfortunately, I experienced the game on the Xbox One platform, which has the lowest visual settings out of the three platforms the game is offered on. The Xbox platform is not only lowered to 900p resolution, but has many framerate issues, sometimes dropping as low as 15 FPS. Amazingly this did not heavily alter how many jaw-dropping visuals I experienced in my playthrough and it only excited me more for the other versions of the game which will both natively run at 1080p, with PS4 and PC at 30 and 60 frames per second, respectively. 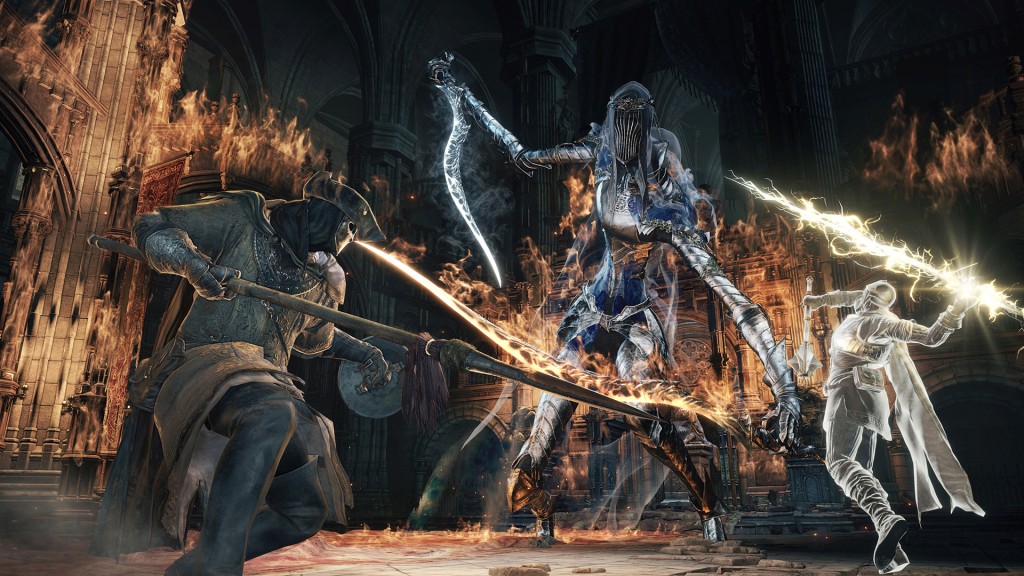 The soundtrack of Dark Souls III is excellent, offering mighty songs for mighty boss-foes. The most memorable songs in the game will always come from boss fights, but that doesn’t mean outside of the battles the sound will be bare.

In fact, it’s littered with awesome feedback sound effects. Almost every enemy has a signature sound to them that can give you an auditory foresight before you turn around that next corner. You also will immediately know when your hits connect… or when hits connect with you, and it’s beyond clear when death occurs, whether or not it’s in your favor.

If this truly is the finale to Dark Souls, it’s not one that disappointed.

– Framerate issues (Xbox One)
– The difficulty may not be for everyone