5 min read
1 comment
FacebookTwitterRedditPinterestEmail
If you love the Game of Thrones television show, then Game of Thrones: A Telltale Games Series is the chapter you're missing.

Based on the award-winning HBO television drama series, Game of Thrones: A Telltale Games Series tells the story of House Forrester. Caught up in the fight for the Iron Throne, they are placed in a precarious position where members of the household must do everything they can to prevent the house from meeting its doom.

Story is the key element in an episodic game like this and, once again, Telltale delivers. The tale presented here easily weaves into the Game of Thrones storyline presented in the television show, but happen just outside of the major events depicted there. For instance, the story begins following House Forrester, the bannermen of House Stark, during the events of the Red Wedding. However, instead of witnessing the events in the Great Hall, your character is outside the building dealing with the collateral damage as events unfold.

As story is the driving force of the game, I want to avoid ruining anything for you so you can enjoy the tale as it unfolds. I will, however, clue you in on a few things. You’ll play through the story from the perspective of several different characters, each a member of House Forrester, but spread out across the kingdoms. In typical Game of Thrones fashion, you’ll see part of the story from one character’s perspective, and then jump to another setting entirely to see more through a different character. You’ll encounter familiar characters from the series, such as Tyrion and Cersei Lannister, Daenerys Targaryen, Jon Snow, and more. Also in Game of Thrones fashion, you’ll learn early on that no one is safe, including the characters that you’re controlling, so be prepared for heartbreak. 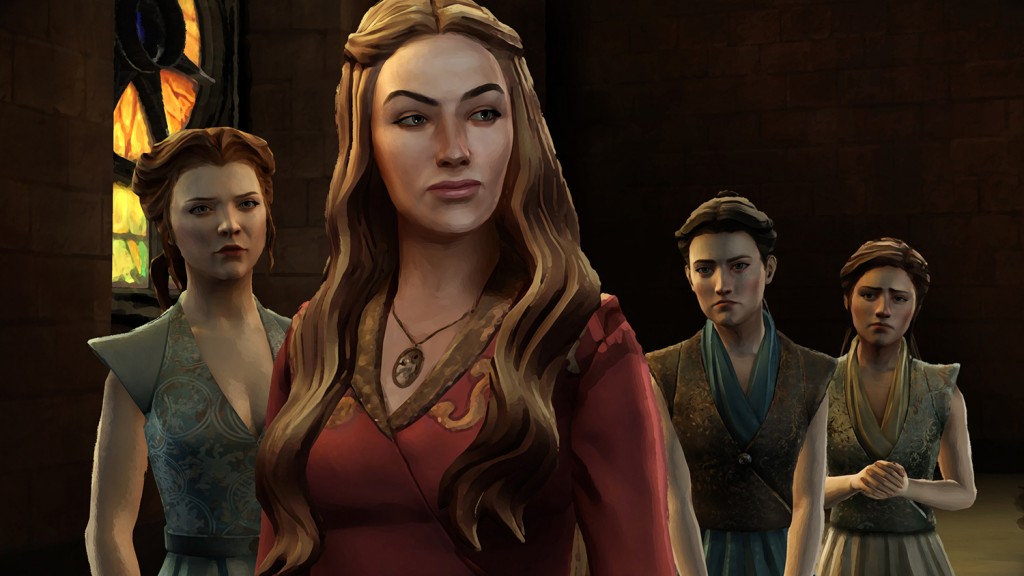 If you’ve played a Telltale game before, you should already be familiar with the controls. If not, the game is played out largely in one of two manners, through quick time events or dialogue choices.

Quick time events are generally action-based, requiring your reflexes to press certain keys or directions to make things happen. Failure to do so can result in your death, but as these events often need to be completed successfully to continue the story, failure just means you’ll have to take another stab at it (pun completely intended).

Dialogue choices are the bulk of the gameplay, and these choices have ramifications throughout the entire season… sometimes fatal ones. A timer also counts down giving you only so long to make a choice on your response. I believe this was something first introduced in Telltale games with The Walking Dead series, and it’s a welcome addition that provides tension in the moment and attempts to prevent players from simply following an online walkthrough.

There are only a couple minimal complaints I had with the gameplay. One is that during scenes where you’re controlling your character to explore an area, directions can become somewhat wonky. The other is that, at times, I felt like regardless of what choices I made, the outcome would be the same. I do understand, however, that certain events need to unfold in order to tell a particular story, so I can live with this one. Should a second season be made, I would hope that some of the choices I felt might be irrelevant at the time would play out as the story moves forward. 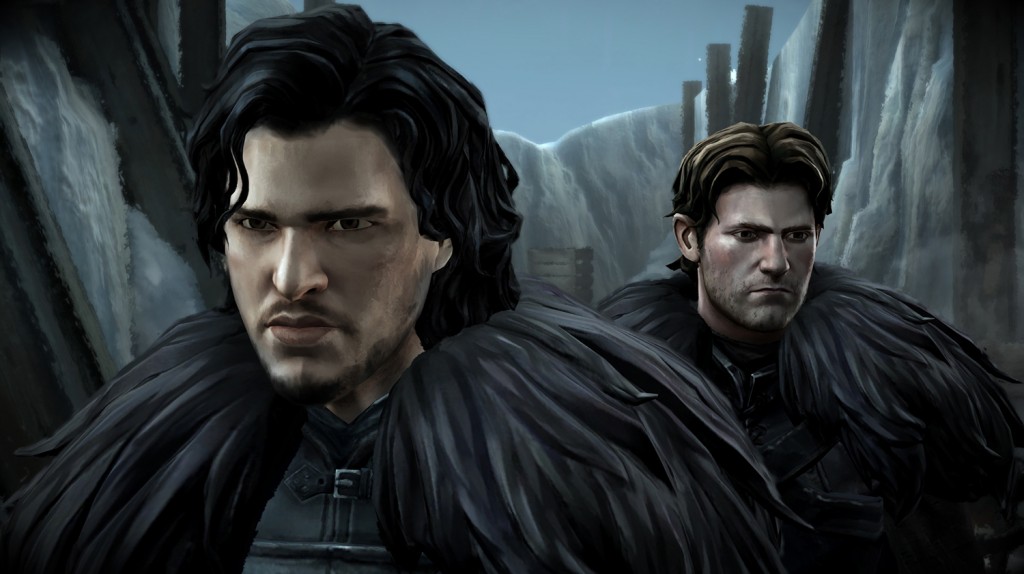 Graphics in a licensed point-and-click adventure game need to do only two things: recreate the characters and world the player is familiar with while not detracting from the story being told. I’m happy to say that Game of Thrones accomplishes both goals successfully. The rendered landscapes of Westeros feel like they’re pulled from the screen and characters you’ve seen before accurately resemble their real-life counterparts.

Violence is depicted as graphically as it needs to be to have the impact it should. In these terms, nothing is toned down just because you’re playing a video game. On the other hand, it seems a bit odd that throat-slitting and blood-spurting are no problem, but nudity and sexual content from CGI characters continues to be an area that video games are prevented from exploring. As staples of Game of Thrones, it’s disappointing to see that Telltale isn’t allowed to or chose not to include these aspects.

As I mentioned earlier, the voice acting in this game is stellar, which is of great importance for any storytelling medium. Aside from the wonderful actors lending their talents to the primary and supporting cast, the authenticity of the show is maintained by many members of the TV cast voicing their onscreen counterparts. These include Lena Headey, Natalie Dormer, the incomparable Peter Dinklage, Iwan Rheon, Kit Harington, and Emilia Clarke.

– If no Season Two is planned, cliffhangers will go unresolved
– Video games continue to shy away from sexual content/nudity
– Choices don’t always result in player intention