3 min read
Add comment
FacebookTwitterRedditPinterestEmail
Human: Fall Flat is a 3D physics simulator where you control a blobby, hard-hat wearing human with no super powers whatsoever as he tries to escape his recurring dream of falling by solving puzzles.

In development is a physics driven 3D puzzle game called Human: Fall Flat. The game is a work-in-progress by developer No Break Games – a small independent developer team out of Lithuania. I was provided a demo of the 0.3.0 prototype build for the purpose of this review. Since it’s simply an alpha build, I’ll keep this review brief.

Human: Fall Flat is a 3D physics simulator where you control a blobby, hard-hat wearing human with no super powers whatsoever as he tries to escape his recurring dream of falling by solving puzzles. Bob is his name, and using (or misusing) tools is his game.

Levels are compact and completed by bringing Bob from the beginning to the exit by means of moving obstacles and pressing buttons. Bob has independent use of his hands allowing him to grab onto or carry objects. There are no hard limits on how levels should be cleared – “breaking” the game is encouraged as much as following the obvious solution.

Overall, the game was functional, but the actual act of progression seemed very slow. Bob is not a particularly fast character and the need to precisely control his limbs makes for a somewhat clunky experience. Also, there are some stages that rely on his ability to jump which could use some tweaking as well.

Aside from Bob, many of the interactive objects and landscapes are pretty blocky and accessory details are pretty absent. For the most part it seems like these thing are mere place-holders while the later version will likely have more refined graphics. As for sound, there are only a handful of sound effects which will likely be expanded upon. One issue I found though was that the alarm that sounds when some doors are opened via a button are disproportionately loud compared to the rest of the game. 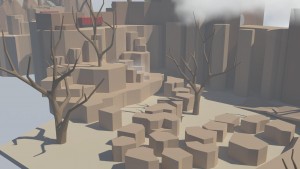 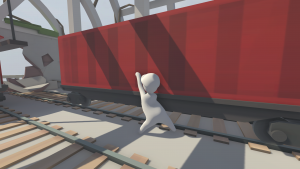 – Camera controls and control of Bob’s arms are linked, which can cause situations where the camera is not at an optimal angle when trying to do something.
– Rather slow-paced
– Jumping could use some tweaking
– Sound effects need adjusting

Like any game with a paid prototype or “early access” version, it’s fair to question whether or not one will be getting their money’s worth once the game is finished. In my opinion, the concept is solid and with plenty of room to grow, and the prototype alone has a decent amount of features to make it worth getting if you’re a fan of platforming, puzzle solving, and enjoy physics engines. For those who are leery at the moment, Steam Greenlight is the next step for this team and may provide a better idea of what the game will be turning into along with assurance of its quality if it hits Steam Early Access. Either way, it’s a game worth keeping an eye out for.