3 min read
Add comment
FacebookTwitterRedditPinterestEmail
Adventures of Pip is a side-scrolling action platform game starring a hero who can alter his level of resolution to make use of unique puzzle-solving abilities.

Adventures of Pip is a side-scrolling action platform game with a world where players can defeat a huge 32-bit boss as a single pixel or even as an 8-bit character. You play as Pip, an unlikely 1-pixel hero in a 32-bit world. Despite being born a block and nothing more, Pip never saw his size as a disadvantage. Upon discovering so much courage crammed into such a low-fidelity package, the ghost knight Sir Elwyn bestowed upon Pip the power to save Pixel Kingdom. With his newfound ability to harness the Bit Stream, Pip absorbs the pixels of his defeated enemies to evolve into three different forms, each with its own unique abilities.

The story here is nothing new as far as platforming games go. The princess has been captured from Pixel Kingdom and it’s up to Pip to save her from the clutches of the evil Queen DeRezzia (and that’s not the only pixel-related reference you’ll hear during this game).

Unsurprisingly, the grand appeal of Adventures of Pip is the transformation mechanic the title character possesses. Throughout the game, you’ll evolve and devolve on the fly to make use of each forms unique abilities. The transformation itself even offers a gameplay mechanic, as devolving produces a temporary energy field that can be used to break certain blocks or damage enemies.

The mechanic lends itself to creative puzzle-solving options further made possible by clever level design. This isn’t your normal leisurely platform stroll as you’ll be solving puzzles of various difficulties constantly. My only complaint in this regard is that occasionally you’ll encounter a puzzle much more difficult than the rest of the level it’s placed within. 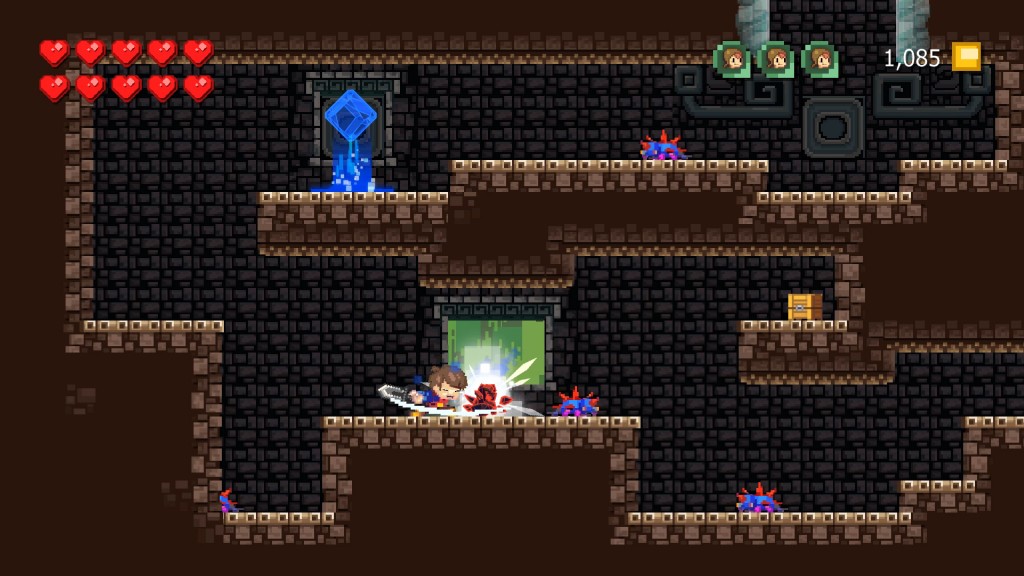 Adventures of Pip is a game about various resolutions and aren’t limited to Pip’s transformations. Backgrounds, bosses, enemies, and other characters all exist in various levels of resolution. The result is a world that in concept feels like it would clash, but blends well together.

The sound effects provide satisfying enemy kills, except when defeating bosses. A fallen boss will be accompanied by a number of graphic explosions that oddly occur in silence. The music provides the proper atmosphere for the fun gameplay, with a score created by Jake “virt” Kaufman, the composer for other great games such as Shantae and the Pirate’s Curse, Bloodrayne: Betrayal, and Shovel Knight.

One sound effect in the game is particularly obnoxious, as an annoying beep repeats when Pip’s health is down to one heart. I understand the reasoning for making this choice, but it’s a concept from older platformers that’s best forgotten. 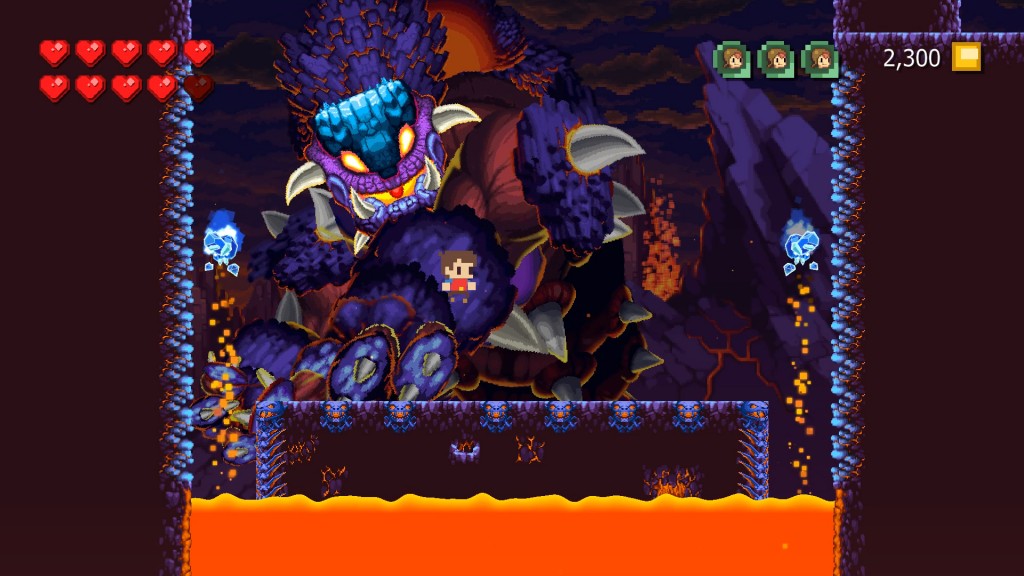