The first game created from ZeNfA Productions, ZaciSa’s Last Stand is a simple Tower Defense game set in space featuring 12 maps and 4 different game modes. Since launch, game has seen a handful of much needed updates creating a more appealing game play. The goal of the game is to survive as long as possible defending your bases with bots from an onslaught of aliens.

For better or for worse, the game is very generic and feels like many other tower-defense games out there.

Each of the different maps has a unique layout with 1 or more worlds to protect and a limited number of spots to spawn bots. Each bot has its own abilities varying in strength, attack rate, range, and for some, special abilities. Depending on map layout, the range of adjacent bots can overlap for more destruction. Bots can be bought, sold, and upgraded with in-game currency earned by defeating enemies. Occasionally point and money mulitplers are dropped by enemies as well as the phase ending “atomic bomb” and health packs.

Enemies attack kamikaze style and take away from the player’s health when they crash into the base. Enemies vary in health and in speed with simpler ones appearing more often. They attack in waves gaining more health in higher phases requiring more upgrades and strategic thinking from the player. There is a point, however, where the amount of enemies makes it difficult to change strategies unless you have a lot of currency saved up. The game is largely about management of your defenses as the game plays itself at a speed in which you control. The gameplay can also be paused for quick adjustments.

The game is simple but is diverse enough to be refreshing and fun. The constant challenge and need for varying strategies makes this a game worth picking up for a half hour once in a while. 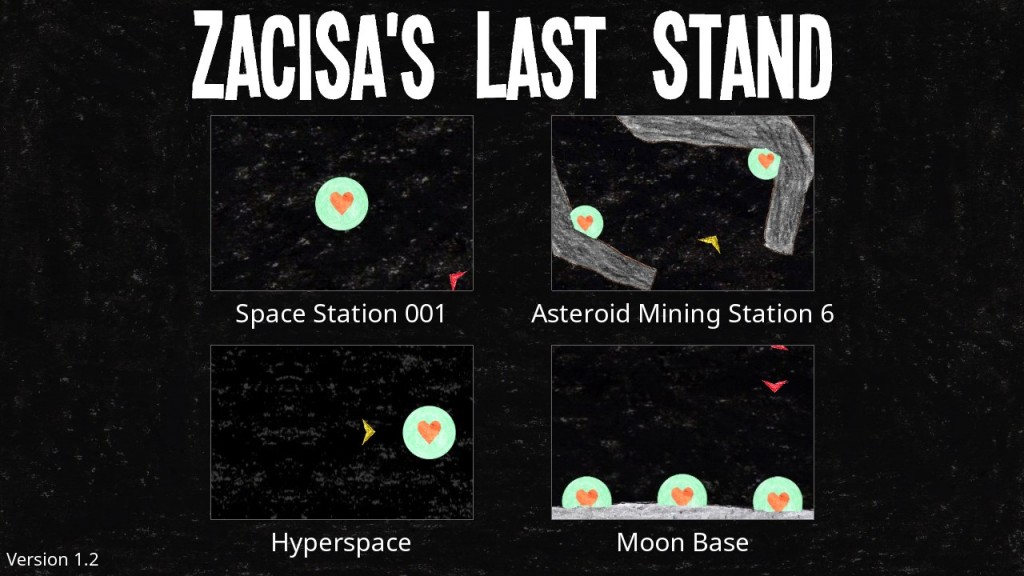 The game is played using the Wii U gamepad and its touchscreen to navigate menus and supports off-TV play. The use of the gamepad is smooth and easy to use. The game also features an asymmetric local co-op where up to 4 players with a Wii-mote can manually point and control a mobile drone to attack enemies. It’s not the most exciting thing, but it can be helpful with a steady partner. 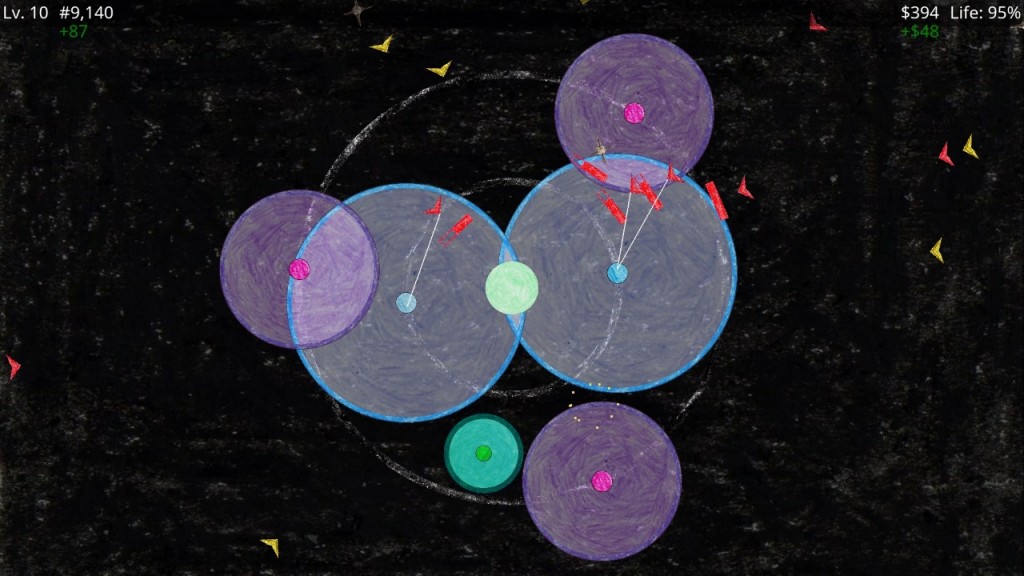 The game’s graphics are very simple and look like they were drawn with crayon on construction paper. A deliberate choice and it looks fine for a game focused primarily on gameplay. There are also a handful of stages based on other indie games on the Wii U platform.

The background songs are upbeat and catchy. Sound effects are good and work well.

ZaciSa’s Last Stand, while lacking depth or a story, the gameplay makes this title fun to pick up and addicting. Once you get the hang of it, each playthrough can take a long time but isn’t too intense. The game takes a lot of strategy to figure out but doesn’t require heavy gaming skills so can cater to a wide audience. If you can catch it on-sale, I say pick it up for some quick fun.