6 min read
Add comment
FacebookTwitterRedditPinterestEmail
Roving Rogue for Wii U is a retro-inspired platformer with a twist - it begins immediately after the protagonist has defeated the "final boss". Grab a buddy, or play solo to get your memory back.

Developed by Padaone Games, an indie developer out of Spain, Roving Rogue is a retro-inspired platformer with a twist – it begins immediately after the protagonist has defeated the “final boss”.  The game attempts to pay homage to “the golden age” of video games with sprite graphics, a heavy focus on platforming, and simple controls. Roving Rogue is also very self-aware and occasionally breaks the forth wall.

Worth mentioning is that the prototype of this game won first prize at iDÉAME U 2013 -“a contest where the best game would be released to the Wii U”.

For this review, I (Damien) took on the game with my brother (Yesman419) in Co-Op play so each of us will contribute our thoughts to this review. 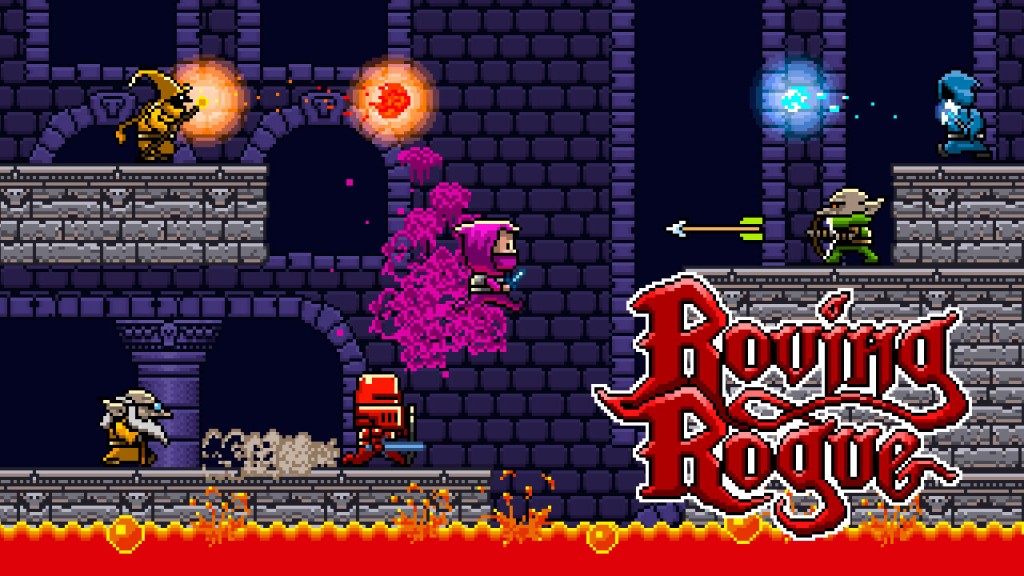 Damien: So the story begins with our main character, Kurt the Righteous, a purple clad rogue ninja/assassin who is apparently just about to kill the final boss. He stabs him and a banner reading “A WINNER IS YOU” is displayed across the screen (likely a reference to the victory screen in NES Wrestling). And if that’s not strange enough, immediately the credits roll on screen. Talk about making a statement. Despite such a victory, we are presented with an on-screen scroll stating that Kurt doesn’t seem to recall how he got here or what he’s done.

Each level opens up with a small scroll that is very much a Tweet (complete with @ handles and Hashtags) that either gives some of Kurt’s thoughts or a message from another character to further the plot line. For better or worse, you’ll likely be speaking in hashtags throughout the game. Sadly though, the handles used by different characters do not correspond to real-world accounts on twitter (aside from @RovingRogue).

Yesman419: This actually makes sense because instead of embarking on a quest, you have already accomplished your goal and the game “begins” on the return trip. Each level contains 3 “Amnestatuette” which contain small pieces of Kurt’s memory. Collecting all of them unlocks a second quest and true ending. While great in theory, many of them are in very hard to reach places that makes getting to the true story a real chore. Also, it appears that said quest is unavailable for Co-Op mode. 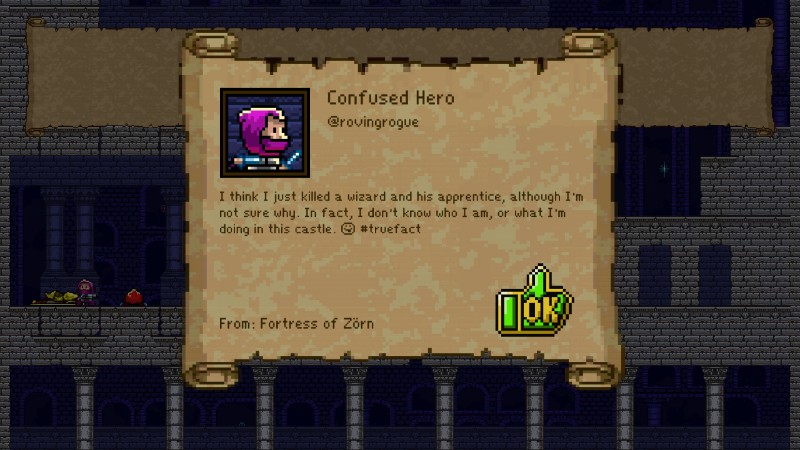 Damien: This game is a fast-paced platformer. There is no timer – instead, the levels begin to fall apart from beginning to end either by collapsing ceilings in horizontal levels or rising lava in vertical levels that force you to keep moving. There are plenty of tricky levels and enemies on this return trip but no bosses which makes sense considering they were probably already “beaten”. However, this leads to rather repetitive game play.

Yesman419: Each level plays either from left to right or from bottom to top – a bit odd considering that the game is being told backwards despite that most games progress in these directions normally. You would think they would have gone with right to left and top to bottom instead.

When playing in Co-Op multiplayer, players play as different colored ninjas with the same abilities. Upon dying, the ghost of the player will be controllable and the character will respawn if he or she can make contact with a living one. The multiple checkpoints and quick respawning keep the game at a fast pace. Co-Op does make the game progress quicker but can make for very crowded gameplay during narrow passes or tough jumps.

Kurt (and Co) posses the ability to teleport a short distance in any direction, disappearing and reappearing as a puff of smoke, even through certain types of walls. He also has a knife that can be used to attack enemies simply by running through them. That’s right, finally a game where walking into a bad-guy kills them instead of you! However, he is also very fragile as only one hit will kill him. There are some issues with these controls as it can be tough to accurately determine where you will teleport to which is a very important part of the game. 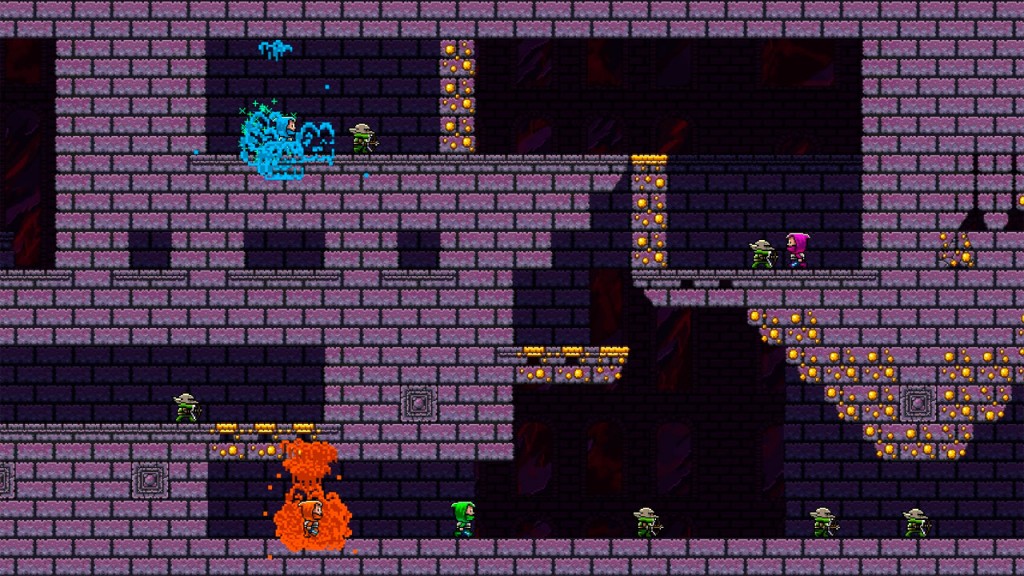 Damien: Like most indie platformers of late, 8-bit graphics is the style of choice here. The game does makes use of lighting and shadows to make landing spots a bit tougher to see, adding more difficulty.

Yesman419: Animations and sprites are good, but the fact that each level takes place in a fortress or castle makes for a lot of grey stone and brick backgrounds.

Damien: To me, the soundtrack, while consisting of only a couple of similarly sounding songs, are well done and greatly remind me of the great music style of the Paper Mario series. A pleasure to listen to.

Yesman419: Sound effects are clean, appropriate, and well done. Not much more to say. 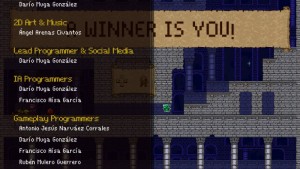 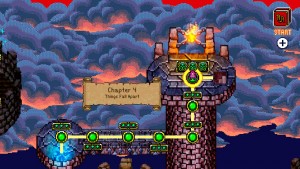 Roving Rogues nailed it with the concept and gameplay on paper but in execution has left some things to be desired. While it is designed like a good platformer, there are some gameplay flaws that can hopefully be patched with an update. There are some missed opportunities when it comes to the premise, but the idea of playing a game after beating the final boss is quite brilliant.  While there is replay value, the locking of the real story behind a collection gate is a bit off putting and doesn’t leave much motivation to achieve the second quest.

This game was enjoyable in Co-Op mulitplayer mode adding equal parts of assistance and chaos to the mix. If a simple playthrough is your style, I recommend playing with a friend or two.

Bottom line, the game is best suited for those who love a challenging platformer without much depth and enjoy playing levels many times over.

The Geek Generation was provided a code for this review