5 min read
2 comments
FacebookTwitterRedditPinterestEmail
Teslagrad is a 2D platforming adventure where the main focus is platforming and puzzle solving while using the of powers of electricity and magnetism.

Teslagrad is a 2D platforming adventure where the main focus is platforming and puzzle solving while using the of powers of electricity and magnetism. The game is the first release for Norwegian developer Rain Games and utilizes the Unity game engine allowing for multiple system ports. For this review I will be using the Wii U port of the game.

Teslagrad centers on a young boy who flees his home when strange men come for his family. Escaping out the back door, the intro level begins: a chase sequence where he outruns and out-maneuvers his pursuers through streets and rooftops of the city of Teslagrad. After losing the burly men, the young lad stumbles into the long abandoned Tesla Tower, the true setting of the game. Inside the tower is a long forgotten history, mysterious robotic inhabitants, and the old magical artifacts of the Teslamancers that grant the wearer powers of electricity and magnetism.

Not a word is spoken in this game nor is there any story driven by text. Everything is told through actions and the environment. Located around the tower are mechanical theaters that show segments of the mysterious story behind the Tesla Tower, its strange properties, and the magic items wielded by the protagonist. 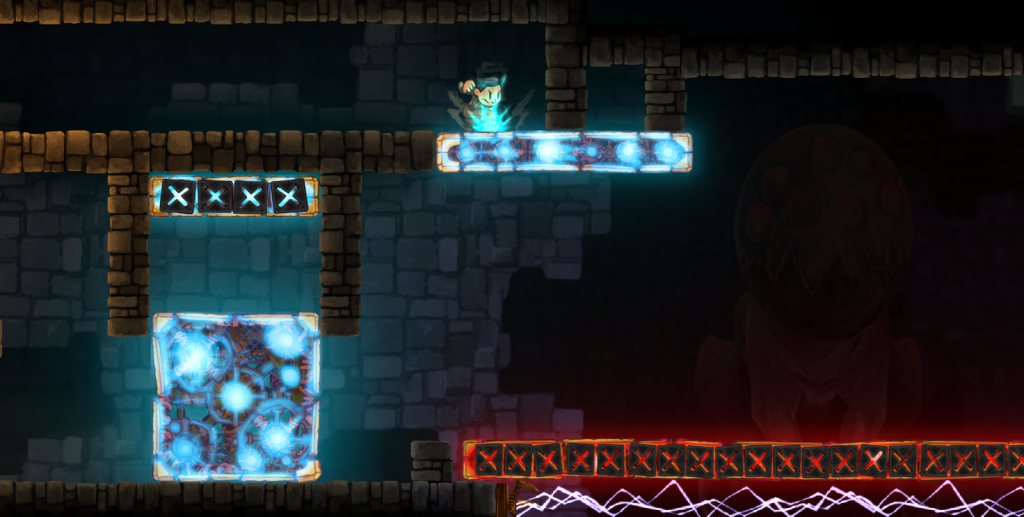 The main character, as evident by the intro stage, is very capable at running, jumping, and climbing his way through environments. Despite his dexterity, he is quite fragile. Long falls don’t affect him, but the slightest touch from an enemy or environmental hazard means doom. This is balanced by unlimited, quick respawns in the same room. Rather than having separate levels, the Tower serves as a central hub that the various environments are connected to. Gates open to different sections with manageable lag time (non-existent on versions played on capable computers) but the sections themselves scroll seamlessly. Overall, it has a bit of a Metroid and Castlevania feel to it.

The tower is divided into multiple vertical levels, separated by large horizontal stone columns. While traditional enemies are scarce, the environments provide a difficult challenge. To progress to the next story of the tower, the player must make it through various puzzles and defeat a unique boss at the end of the section. Following the boss battle is an amphitheater that will show the next chapter of Teslagrad’s forgotten history and holds a switch to proceed to the next story of the Tower.

Four major pieces of equipment are picked up along the journey and are used to solve puzzles by controlling electricity and magnetism. The Magnet Glove is the first and primary item picked up. It allows the player to alter the magnetic polarity of metal objects (as denoted by red and blue auras). Like real magnets, opposites attract and ones that are the same repel. There are small robots, “voltwalkers”, that can also alter magnetic fields and can interact with the environment. These properties are used throughout and make for complex puzzle solving.

The Wii U version utilizes the Wii U Gamepad as the controller and features off-TV play. 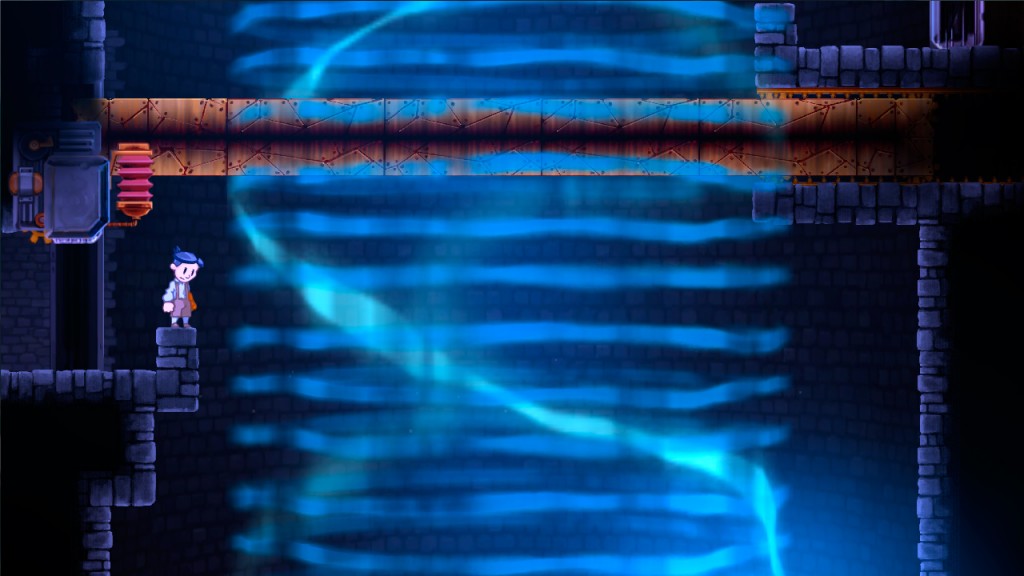 The graphics of Teslagrad appear to be hand drawn, but are full of incredible detail. Utilizing both foreground and background scenery, the game’s 2D graphics really pop and add depth to the world. The game’s opening sequence sets the tone with its well done rain animation and the details of a steampunk Western European-esque world. The dark tint of all the colors really brings out the game’s mood.

The game looks like a HD version of a 16-bit game with crisp and clean hand-drawn character animations. The Tesla boy has fluid animations in all aspects as do the many creatures and bosses. The designs are simple but are more than adequate.

The Teslagrad soundtrack is full of ominous and atmospheric music that further adds to the steampunk and run-down setting. Intense moments feature clashes of metal and thunder while spans of exploration are mellow. While it isn’t something I would want a CD of, it melds perfectly with the gameplay. Sound effects are clear and appropriate. 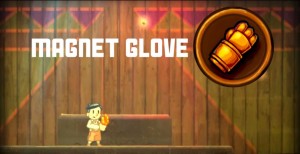 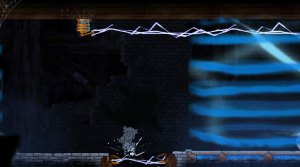 Teslagrad is an experience that modernizes the classic non-linear sidescrolling adventure with beautiful graphics and an electrifying game mechanic. Taking notes from the greats like Metroid and Castlevania, this game is well suited for those who enjoy exploration and puzzle solving along with a very unique way to fight bosses. The game amps up the difficulty in nearly every way but does its best to not be too punishing.