During the Sony CES keynote conference, the company announced a new online service: PlayStation Now. PlayStation Now is built on the power of Gaikai cloud technology to allow for the streaming of PSOne, PS2, and PS3 games (PS3 only at launch) on not only the PS4, PS3 and the PS Vita, but also on non-PlayStation devices such as smartphones, tablets, and smart TVs. Gamers will have the option to subscribe to the service or rent games individually.

If successful, the program will make up for the PS4’s lack of physical backwards compatibility with older PlayStation games and quickly expand the number of playable titles for the system. It has yet to be announced what criteria games will have to meet to be released on this service. It is also worth noting that the term “rental” has yet to be defined in this situation as users will not be downloading these games onto their systems for keeps and will instead be playing them via the online cloud.

“This service will in the long term provide existing PlayStation gamers with instant access to the games they love from previous generations; from the original PlayStation, PlayStation 2, and PlayStation 3.” – Andrew House, Sony President and Group CEO

PlayStation Now will have a closed US beta release at the end of January with a projected full release this summer alongside Sony Entertainment Network – its live TV and On-Demand service. The Last of Us and Beyond: Two Souls are likely to be PS3 candidates for the service as they were available for trial on the floor at CES booths on PS4s and Sony Bravia televisions.

For those wondering how PlayStation games will be played on devices like smart TVs, smartphones, and tablets, Sony has clarified that the DualShock 3 controller will serve as the input device.

It is quite clear that Sony’s goal for this year is to improve its interconnection between internet-enabled electronic devices. 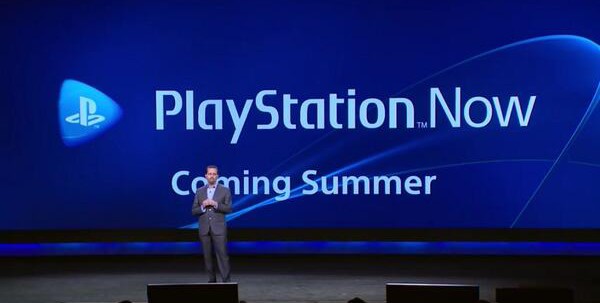 SimCopter1 joins MopGarden to chat about being a Twitch ambassador, living with OCD, balancing streaming with home life, and choosing what to stream.