Born a slave, Adewale was sold to a plantation owner at a young age. When pirates raided the plantation, Adewale escaped and found freedom as a pirate aboard the Jackdaw, where he became Edward Kenway’s confidant and second-in-command. Now, 15 years since the end of Assassin’s Creed IV: Black Flag, Adewale has become a trained Assassin and illustrious member of the Brotherhood. 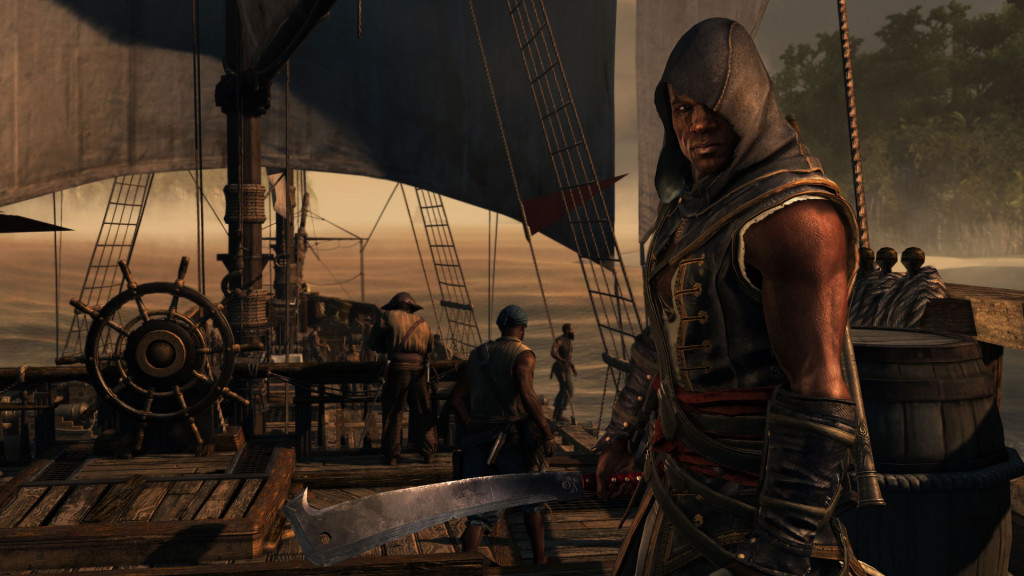 Port-au-Prince in 1735 is home to the most brutal slavery in the West Indies. Two thousand oppressed men, women, and children produce sugar, coffee, cotton, and indigo under the watch of six hundred French citizens, who live in constant apprehension of a violent rebellion.

After getting shipwrecked in what is now known as Haiti and left without weapons or crew, Adewale starts to meet and help locals in an effort to assemble a crew and steal a ship. The more he helps, however, the more he is drawn into the Maroon slave community. Forced to face his past, Adewale sets out to free the slaves and bring death to their captors.

Leave your mark on slavery with over four hours of new single-player missions. Strike down your enemies with powerful new weapons such as the blunderbuss and machete.