1 min read
Add comment
FacebookTwitterRedditPinterestEmail
Fancy having your own design featured at New York Comic Con? Of course you do.

The Challenge from RedBubble:

Fancy having your own design featured at New York Comic Con? Of course you do, so you need to get your concentration hat on and read these words:
Your task is to create your very own, highly original, comic book character. Superhero or villain. Splendidly powerful, embarrassingly weak, or just quite good at chess. Give them skills you’ve always wanted or defects you’ve always dreaded. Give them a snappy name and stick them on a t-shirt.

What would your character wear? What’s their calling card, weaponry or gadgetry? What’s their story? What are they fighting for or against? It’s up to you to answer these questions.

We’ll then whip the winning design into a limited edition, official RedBubble/NYCC 2011 t-shirt to be featured, praised, discussed and given to hundreds of adoring comic fans in New York this October. 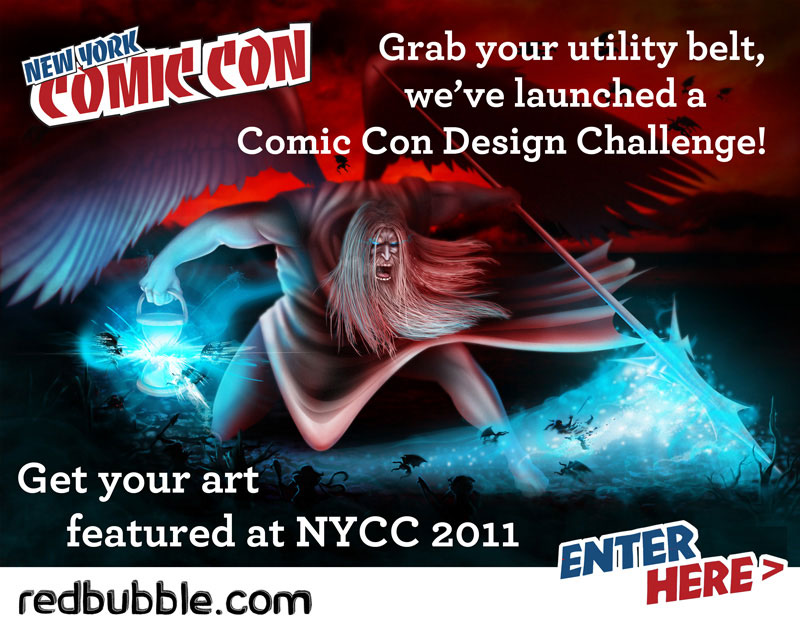