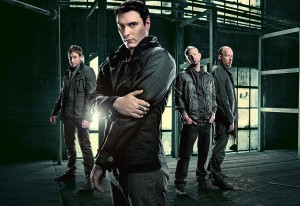 Hollywood Records has announced a Greatest Hits collection titled Shallow Bay: The Best of Breaking Benjamin from their multi-platinum rock band Breaking Benjamin to be released today, August 16, 2011. The two-disc release features the band’s chart-topping hits including “Breath,” “So Cold,” “Sooner Or Later,” “The Diary of Jane” and “I Will Not Bow,” as well as an entire disc of rare recordings including never-before-released songs, live performances, rare acoustic recordings and remixes.

A remixed version of “Blow Me Away,” the lead track from the two-disc set, features the soaring vocals of Syd Duran of the band Valora and is already heating up the rock radio charts. The song is available for fans on iTunes now.

The songs on Shallow Bay are culled from the band’s catalog: 2002’s Saturate, 2004’s We Are Not Alone, 2006’s Phobia, and 2009’s Dear Agony. The second two—We Are Not Alone and Phobia—yielded spectacular results with each being certified Platinum.

Over the past decade Breaking Benjamin has amassed a sizeable and loyal diehard fan base both through their music as well as their electrifying live performances. For those fans, old and new alike, Shallow Bay will be a must-have collection. For more information on Breaking Benjamin, make sure to check out their official site, www.shallowbay.com, as well as their Facebook and Twitter pages. 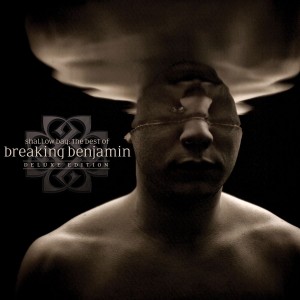