1 min read
4 comments
FacebookTwitterRedditPinterestEmail
On the success of the original series, Syfy is readying a show about H.G. Wells as a free agent. 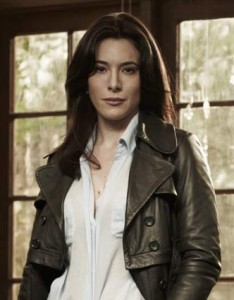 Syfy is developing a spin-off of its popular Warehouse 13 dramedy series.

The project, from Warehouse showrunner Jack Kenny and another writer, will center on the character of H.G. Wells.

While it is still in the early stages and thus subject to change, the idea is to put Wells in an 1890s steampunk environment. Despite Warehouse 12’s efforts to recruit her, she would remain a free agent who uses her knowledge of contemporary science to solve murders and other mysteries.

In this incarnation, she would enlist the help of a mechanical engineer and utilize her relationship with the police commissioner to solve what appear to be unsolvable cases. Both the skills and style she employs will become the framework for the well-known stories of H.G. Wells, as written by her brother.