Ashton Kutcher replaces Charlie Sheen on Two and a Half Men

1 min read
2 comments
FacebookTwitterRedditPinterestEmail
CBS and Warner Bros. Television have announced that Ashton Kutcher will join the cast of the hit comedy, Two and a Half Men. 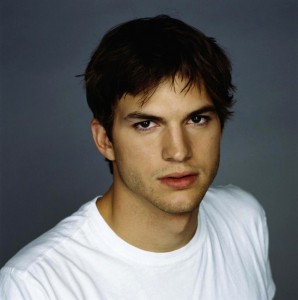 CBS and Warner Bros. Television have announced that Ashton Kutcher will join the cast of the hit comedy, Two and a Half Men.

The multi-talented Kutcher, whose success spans film, television and social media, will join Jon Cryer, Angus T. Jones, Holland Taylor, Marin Hinkle and Conchata Ferrell on the top-rated series. Production on the ninth season of the Emmy Award-nominated Two and a Half Men will begin this summer for broadcast on CBS in the fall.

“I can’t wait to get to work with this ridiculously talented 2.5 team and I believe we can fill the stage with laughter that will echo in viewers’ homes,” said Kutcher. “I can’t replace Charlie Sheen but I’m going to work my ass off to entertain the hell out of people!”

“We are so lucky to have someone as talented, joyful and just plain remarkable as Ashton joining our family,” said Chuck Lorre, creator and executive producer of Two and a Half Men . “Added to that is the deep sigh of relief knowing that our family stays together. If I was any happier, it’d be illegal.”