5 min read
Add comment
FacebookTwitterRedditPinterestEmail
A fun ride that takes the franchise in a more complex and mature direction...and does it successfully. 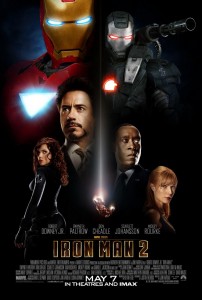 Since the original Iron Man was my top movie of 2008, I was walking into Iron Man 2 with very high expectations. We had seen a lot of promise from the trailers…War Machine, Black Widow, and a more prominent role for S.H.I.E.L.D. director Nick Fury. Iron Man 2 delivered on a lot of those promises, more than a lot of other superhero movies had (cough::Venom in Spider-Man 3::cough).

Let’s first address what most people will complain about with Iron Man 2…the tone of the film. The first Iron Man was a classic origin story. A series of tragic events leads our hero to a new perspective which helps to redefine his purpose in life. The entire movie was very straight-forward and uplifting. Tony’s a jerk / Tony sees the light / Tony stops the bad guy. But then the twist comes. Tony Stark actually reveals to the world that yes, he IS Iron Man.

Iron Man 2 starts by taking us down that familiar road with the speech that concluded Tony Stark’s revealing press conference. Iron Man flies down into the Stark Expo and removes the red and gold to address his fans. The tone feels very comfortable and familiar until he steps behind the curtain to monitor a blood toxicity meter. At first, I took this to be a level of alcohol in his system, as in the comics Tony Stark has had a long-standing battle with alcoholism. The truth is revealed soon after that Tony is suffering from a sickness caused by the palladium core in his chest. The same device that is keeping him alive is now slowly killing him. This is where the tone of the movie shifts drastically from the first. It’s no longer just Iron Man vs. the bad guy, it’s Iron Man vs. Tony Stark as he gradually starts to become his own worst enemy.

The largest success of the movie is keeping the element of humor that made the first so great. Robert Downey Jr. is fantastic once again as Tony Stark, especially given the challenge of adding in a whole new dynamic to the character. He no longer can be as simple as the arrogant billionaire we saw before. However, we ARE given “classic Tony” in a hilarious Senate hearing scene that may have been the highlight of the entire movie. 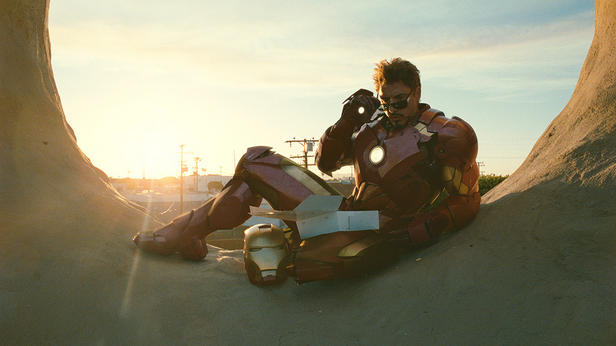 Another success of Iron Man 2 was its ability to skillfully weave in a larger cast of characters. Each was given an appropriate amount of screen time, including Jon Favreau himself expanding his role as Happy Hogan, to the point where none of them felt underutilized. Sam Rockwell was particularly impressive as Tony Stark’s very hate-able business rival Justin Hammer. Don Cheadle was an acceptable replacement for Terrence Howard, but I still missed seeing the original actor reprise his role. I’ve always been annoyed by casting changes throughout a franchise.

No review would be complete without touching on the elements that could have been improved upon. At a run time of 2 hours and 5 minutes, I still felt many things in Iron Man 2 were rushed, while others dragged a little longer than necessary. Action sequences were brilliantly done, but at times seemed far too short. Both battles with Whiplash could have been extended, with the latter lacking that epic feeling that a climactic showdown should have. The female rivalry that was developing between Pepper Potts and Black Widow could have been explored a little more than it was. I felt like it was introduced quickly and then tossed away without much consideration later on. Anytime Justin Hammer is on screen he begins going on and on in monologues that should have been cut down a bit. I’m also still trying to figure out why Tony leaves his spare suits sitting around with power supplies in them…

…and one last thing. This is a criticism of Hollywood in general. Please stop putting things into trailers that end up on the cutting room floor. Most of the time I’m not walking into a movie waiting to see those particular scenes, but when I’m walking out I do recognize their absence. In Trailer #2 we see Black Widow wearing the suit’s gauntlet as Tony instructs her how to use it. This never happens in the film. In Trailer #1 there was a GREAT exchange between Pepper and Tony as she kisses the helmet and throws it out of the plane. Tony proceeds to jump after it throwing in a quick, “You complete me.” This also never shows up in the movie, which is too bad because I really enjoyed it in the trailer. Rant over.

Those things aside, Iron Man 2 was a fun ride that dared to try something a little different. We saw a superhero as a public figure that had to deal with an exposed identity as well as their own mortality. The visuals were amazing, the combat was for the most part satisfying, and the integrity of the source material remains intact. Mission accomplished.

Bottom Line: Iron Man 2 is a fun ride that takes the franchise in a more complex and mature direction…and does it successfully.