4 min read
Add comment
FacebookTwitterRedditPinterestEmail
Looking back on the movies of 2008, these are the Top 10 that stand above the rest. 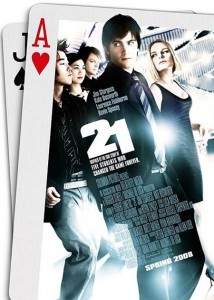 #10. 21 – I love movies where there’s a lot of “outsmarting” going on. The mentor vs. teacher dynamic was great and Kevin Spacey just about always makes a movie worth watching. I’m not a big card player or gambler, but this was just a great story.

#9. Max Payne – You may disagree, and that’s fine. I’ll admit that this is almost a purely nostalgic pick for me. I spent a lot of time playing both these games in college as did my suite mates. That being said I thought it was one of the best video game to movie translations I’ve ever seen. 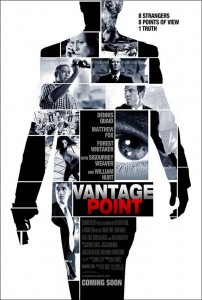 #8. Vantage Point – If you’re a fan of different film styles and methods of story telling, you have to like this movie. I’ve heard complaints from people that “it’s the same thing over and over”. To me, that’s what makes it interesting! Piecing together a puzzle by catching pieces of the same story from different perspectives is brilliant, and in this movie it was well done. 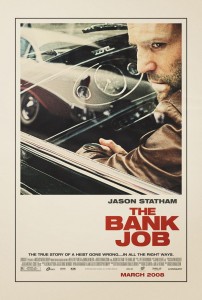 #7. The Bank Job – Again, the “outsmarting” thing. And who doesn’t like a good heist movie? Seriously? Add to it that it’s based on a true story and you’ve got yourself a winner. 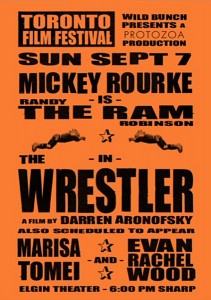 #6. The Wrestler – Probably a movie people would have expected me to rank higher. There’s no doubt that Mickey Rourke’s performance was unbelievable. There was also something very surreal about watching the wrestlers in the back room getting ready and post match, scenes I encounter constantly. I think the conclusion just left a bit of a bitter taste in my mouth, but I won’t ruin it for those who haven’t seen it.

#5. The Incredible Hulk – “Rob, how could you rank this above The Wrestler?” It may not have been a better movie from a cinematic perspective, but I honestly enjoyed it more. I love the feeling of watching the Hulk scream with rage and tear things apart. It taps into a primal part of me and gets me pumped up. 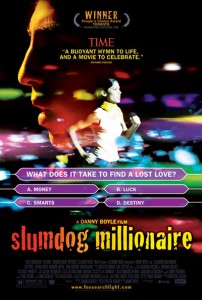 #4. Slumdog Millionaire – Wow. This movie is not only great, it’s an achievement all its own. The story is amazing, the director pieced it together fantastically, and in a way it’s a “real world” fairy tale. There’s an incredible attachment built to the characters that few films seem to achieve anymore. 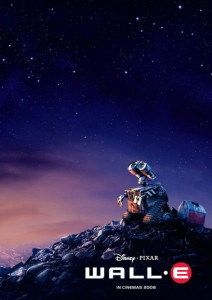 #3. Wall-E – I was amazed watching this movie. I remember thinking how challenging it is to create something so expressive with virtually no dialogue to fall back on. The characters were lovable, the story is classic, and the animation was superb. 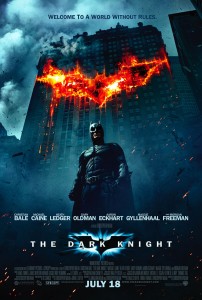 #2. The Dark Knight – Not #1? Big surprise #2 I suppose. Yes, I am a HUGE Batman fan, and that might be the downfall for me with this movie. My biggest complaint…not enough Batman. The depictions of the Joker and Two-Face were indeed great, don’t get me wrong. It could also be said that the best way to understand Batman is to look at his villains and how he relates to them, but I would still argue that overall Batman Begins was a better movie. 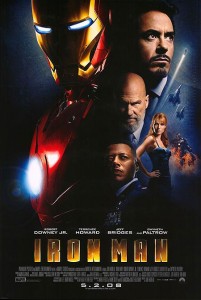 #1. Iron Man – For me, it’s important that a good movie be one that can be watched and enjoyed again and again. I still enjoy Iron Man just as much as I did the first time I saw it. Great casting of Tony Stark. Great story that holds true to the source material. Great special effects and great action. All these elements make up the best movie of 2008.