3 min read
1 comment
FacebookTwitterRedditPinterestEmail
I've had people bugging me to watch Twilight for awhile now. I've had every argument thrown at me like, "you like sci-fi/fantasy/romance movies, so you'll like this." To every argument all I had to do was look at all the teeny bopper fangirls and respond, "Eh, I don't think it's for me." Well to those that had been bugging, I finally sat down and watched Twilight, and here are my thoughts...

I’ve had people bugging me to watch Twilight for awhile now. I’ve had every argument thrown at me like, “you like sci-fi/fantasy/romance movies, so you’ll like this.” To every argument all I had to do was look at all the teeny bopper fangirls and respond, “Eh, I don’t think it’s for me.” Well to those that had been bugging, I finally sat down and watched Twilight, and here are my thoughts…[spoilers coming up…if you don’t want anything “ruined”, stop reading now] 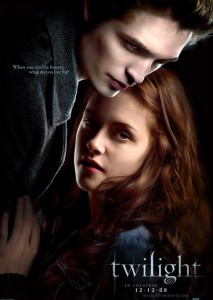 The production value was not so good. Watching a vampire climb a tree looked like someone put him against a green screen dangling from wires and said, “OK, now just flail your arms and legs a bit. Don’t worry about looking like you’re grabbing something, we’re just gonna stick you over the tree.” I’m pretty sure they used the same exact footage to make it look like the vampire was running in the woods.

BIG screwing with vampire mythology…and not in a good way. In this movie vampires don’t have fangs, can go out in the sun, and have diamond-like glitter skin. That’s right…they sparkle in the sunlight…like a damn fairy. I expected that when Edward stepped into the sunlight he would look ghastly like the images in the legends book, but no…he lit up like a friggin Christmas tree. This clearly was a marketing tool to further attract a female audience. “Oooooooh, look! Diamonds…a girl’s best friend.”

Edward Cullen is a selfish douchebag. You’d think living the life of an immortal would garner a person a little bit more wisdom. Bella’s immaturity is acceptable, she’s 17. Edward follows her around the first half of the movie like a stray puppy…all the while telling Bella, “stay away from me.” Their interactions are awkward and ridiculous. The only reasons Bella is attracted to him is because a) he’s mysterious, and b) he’s a vampire…meaning he gives out subconscious vibes to lure in females…Edward even explains this to her. It’s part of his design to help him get close and kill. If Edward was any kind of decent creature (cause he’s not even human) he’d suck it up and sacrifice what he wants so that he’s never even tempted to kill Bella. That’s what real heroes do…and “romance”? It’s fake!! Like a said before, Bella’s not really in love with Edward. She’s responding to the subconscious vibes she’s getting from his vampire hypno-powers. If Edward simply stayed away long enough, she’d get over it and move on. Everything that happens to her really IS a result of Edward’s selfishness. Of course, in true life-imitating-art fashion, I don’t expect any girl to really agree with me that Edward’s a douchebag. We all know girls love ’em.

Every vampire romance movie plays with the same dynamic. “I love her, but I have the incredible urge to kill you and I’m resisting as hard as I can.” While this may be an exciting dynamic for some, I hate it. It’s way too uncomfortable to enjoy. I had the same issue with Madagascar…oh yeah, I’m comparing the two. In Madagascar, the lion and zebra were best friends. As soon as they got into the wild, the lion had the urge to eat his best friend. That’s fucked up…really fucked up. It’s no different here. Bella’s willing to deal with it though. (hypno-powers activate!!) 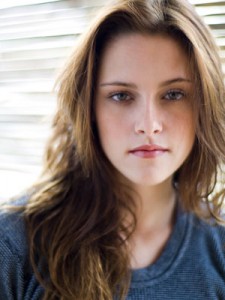 There was ONE enjoyable aspect of the film though…Kristen Stewart’s hot.