Transformers: Revenge of the Fallen review

5 min read
1 comment
FacebookTwitterRedditPinterestEmail
Read my review of one of the year's worst movies, if not one of the worst movies I've ever seen.

Last Thursday I went to go see the sequel to Transformers. After all the previews and the fact that I actually liked the first, I was very excited to see what would be done with the follow up. I mean, look…the Constructicons actually make Devastator in this one!! How awesome is that?? Well…that’s where the awesomeness stops. Actually, it didn’t even get that far. Let me explain to you all the mistakes that Transformers made this time around.
[WARNING – SPOILERS AHEAD] 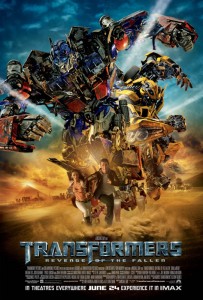 WAY too friggin long…
Why did this movie have to be 2 1/2 hours long? I have no clue.

Meaningless, confusing action sequences
Who taught Michael Bay pacing? Clearly nobody did. The battles at the beginning of the film are just as meaningful as the battles at the end. They’re not building toward anything. There was simply no climax. It was just “Argh…smash two robots together.” And really, it kinda looked like that over and over again. Half the time you couldn’t tell which robot was doing what to what other robot. This was the result of two things, horrible editing that had jump cuts lasting all of a second, and…

Horrible character design
I’ll be the first person to defend certain decisions when it comes to redesigning characters from the source material. While I would have liked to see more iconic costumes in the X-Men movies, I understood why they went the direction they did. In the first Transformers movie, I accepted some things and let others slide because it wasn’t TOO horrible. Let’s take a look. 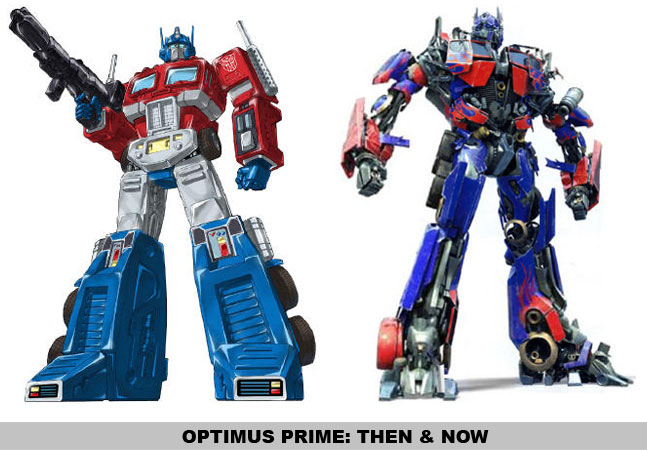 Optimus Prime: He’s pretty much all there. The classic red and blue, the iconic helmet. The flames are a bit unnecessary, but OK, they got most of it. I like it. He’s gonna have the same voice from the cartoon too?? Well then I’m sold!! Let’s move on… 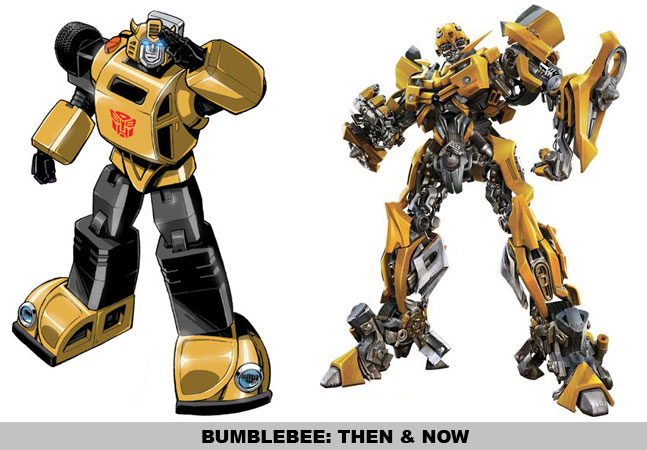 Bumblebee: He’s still pretty much metal and yellow. Not bad. Wait, he’s not gonna be a VW Bug? That’s where his name comes from!! I don’t know about this… 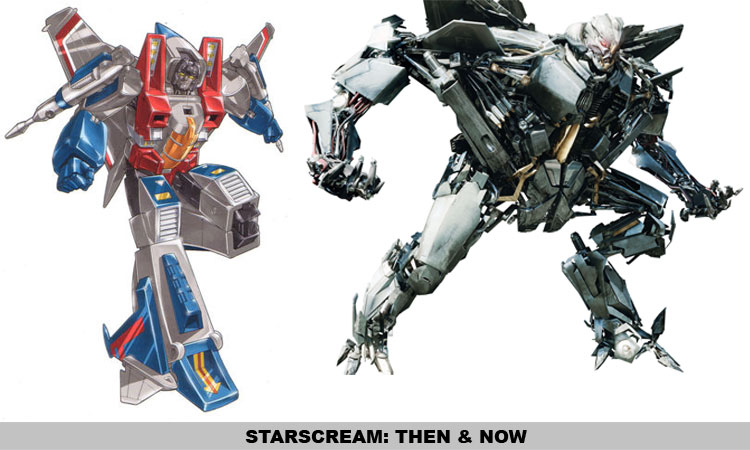 Starscream: Hmmmm…he’s just all metal…no distinguishing color. I hope they don’t do that with any of the other robots or it’s gonna be tough to pick him out. At least he has a shape just like a jet. I can’t see them putting in another one of those. No high-pitched annoying voice?? But that’s what makes Starscream the whiny bitch he is! I’m getting a little aggravated now… 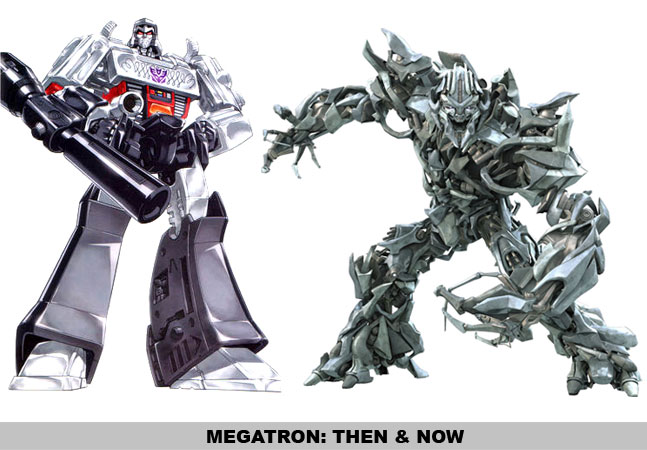 Megatron: OK…WTF?!?! These two things have nothing in common!! It looks like they mashed up tin foil and said, “Alright, good enough.” He doesn’t look like Megatron, he doesn’t sound like Megatron…and he’s gonna turn into a jet-like space-shippy thing?? I understand not doing the gun, but at least in some forms they had Megatron turn into a tank. (Fortunately he did briefly in the sequel) That’d make more sense, but ANOTHER jet?? He’s got no color either. How do you tell him and Starscream apart in the middle of robot combat when you only see them on screen for mere seconds at a time. Oh…that’s right…you doooooooooooon’t.

Blatant racism
Who’s idea was “the twins”? I can’t say it better than this excerpt from an article on IGN:

In the film, the ‘bots have gold teeth, talk about “popping a cap in [a character’s] ass,” and say they don’t read. In my review, I called Mudflap and Skids “the Amos ‘n’ Andy of the Autobots and two of the most offensive characters in recent cinematic history. What were the filmmakers thinking? The ‘it’s just a movie’ defense doesn’t fly on this one, folks; whereas George Lucas had wiggle room to defend himself with Jar Jar Binks, there is none here for Bay and company to fall back on. It’s just too blatant to be deemed anything but obvious and in poor taste. Mudflap and Skids will pull anyone with a half a brain right out of the movie, and they taint the overall viewing experience and prove to be an embarrassment for all involved.” – IGN.com article “Bay Defends Transformers Twins“

Sad, pathetic attempts at humor
How many times are we going to cut to Sam’s parents being goofy? Is that robot humping her leg? Why would it do that, it’s a robot? Wait a second, did I just see robot testicles?? OK, I’m out…officially…done.

The fembot
Hot actress, no doubt. But…if the Transformers could disguise themselves as humans all along, why wouldn’t they all do that?? Sure would make it easier to get around undetected.

The damsel in distress
I’m pretty sure that at some point or another, just about every male character was leading Megan Fox by the hand as they were running from danger. Can she not run fast enough by herself? This gets confusing as they seem to want to make her like a now-typical badass female lead at times, but yet at others whenever trouble comes along someone has to grab her hand and lead her from danger.

I can honestly say that halfway through this movie I was bored beyond belief. I refuse, however, to walk out of movies in the off chance that they improve by the end. This one did NOT, so I had only one thing I could pay attention to to keep myself entertained for the rest of this train wreck… 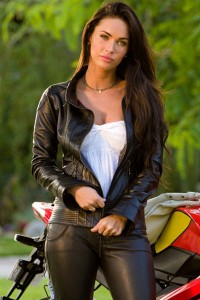