4 min read
3 comments
FacebookTwitterRedditPinterestEmail
As the title implies, the action flows in this animated two-shot. 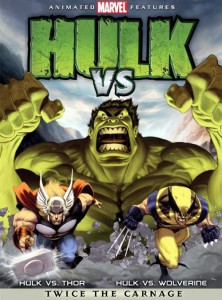 We are truly living in a golden age. In the past decade, the Red Sox have won the World Series twice and the Patriots have won the Super Bowl three times. Some of the best television ever, such as Arrested Development, Mad Men, The Wire, and LOST (wouldn’t it be great if someone reviewed that on this site on a weekly basis?) have hit the airwaves. Marvel introduced their Ultimate line, which reinvented classic characters for a new era while subtly tweaking classic story lines.

To me, super hero movies are like pizza. Even when they’re bad, they’re still pretty good. Last decade saw a flood of super hero movies. I’ll allow that there were definitely more bad ones than good ones. Batman Begins, The Dark Knight, the first two Spider-Man movies, the first two X-Men movies, and Iron Man are the undisputed champs. As much as I want to like them, the third Spider-Man and X-Men movies kinda sucked. X-Men Origins: Wolverine put the ‘god’ in godawful. With Superman Returns, Brian Singer managed to ruin two franchises by putting the third X-Men movie in Brett Ratner’s hands and by making a shockingly dull Superman movie. I still defend Daredevil, but Elektra was X-Men Origins: Wolverine bad. The Fantastic Four movies were a lot like the comics that inspired them – pleasantly innocuous. I’ve only seen the first Hulk movie (a noble failure) and I haven’t heard anyone rave about the second one.

The important part is that those movies were being made, which is a victory in itself for The Geek Generation crowd.

What has flown under the radar somewhat is all of the direct-to-DVD animated movies that both DC and Marvel put out this last decade. I mean, I really don’t care about Dr. Strange, but make a decent animated flick about the guy, and I’ll watch it. The Ultimate Avengers titles, Green Lantern: First Flight, and The Invincible Iron Man are just some of the gems that you can only pick up on DVD.

So when I had a chance to watch Hulk Vs., featuring a Hulk/Wolverine throwdown and another one that saw the gamma-fueled green guy against Asgard’s mightiest, I had to take a look.

The Wolverine segment went in an unpleasantly unexpected direction. Since the title of the disc is Hulk Vs., I wasn’t expecting Wolverine’s rogues gallery to figure prominently, but that’s what I got. In the short, the Weapon X project is trying to take Hulk down, and our favorite Canadian brawler got help(?) from Sabretooth, Deadpool, Omega Red, and Lady Deathstrike. Sabretooth benefited from a less-is-more approach (just make him mean and hate Wolvie!) and Deadpool was played to his motormouth best (unlike his depiction in the aforementioned and execrable X-Men Origins: Wolverine). Omega Red’s always a little problematic because his Russian accent gets overplayed, and Lady Deathstrike was a bit of an afterthought, but neither of them hurt the production.

Both segments featured wall-to-wall action, which, based on the title, means you’re getting what you paid for. One thing I was impressed by in the Wolverine section was that he actually drew blood with his claws (and even cut Deadpool’s arm off). X-Men cartoons have always been squeamish about Wolverine using his claws against another living person, so it was nice to see him cut loose.

There’s a lot of Asgard business – a Thor love triangle, the Warriors Three, the Norse Hell – but there’s a stronger focus on Bruce Banner and the curse of the Hulk than the first segment. Seeing Hulk thrash a bunch of immortals and their celestial home carries a visceral thrill, but ultimately it comes down to Bruce Banner proving that he can be a hero by embracing his Hulk half for the greater good.