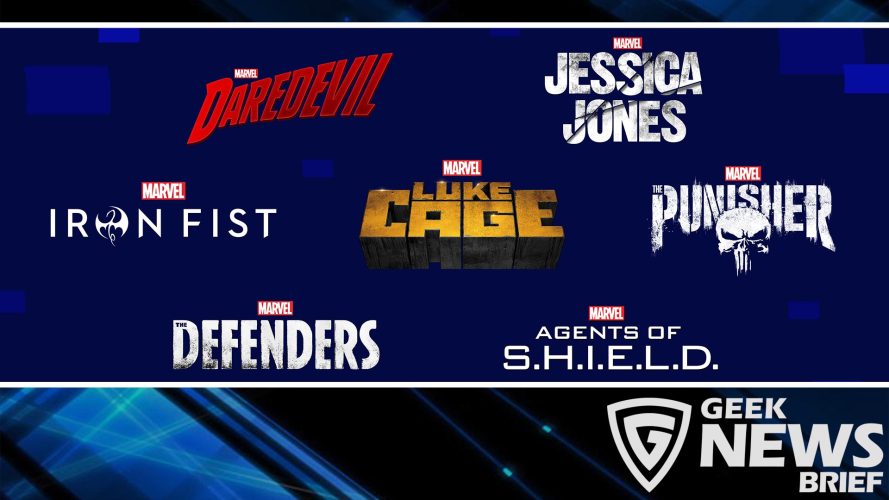 Disney+ has confirmed that Daredevil, Jessica Jones, Luke Cage, Iron Fist, The Defenders, The Punisher, and Marvel’s Agents of S.H.I.E.L.D. will become available to stream on the service starting March 16th.

According to Disney, when opening the service for the first time after that date, all subscribers in the U.S. will be prompted to update their Parental Controls. This includes the option to select content rating restrictions for each profile as well as to add a PIN to lock profiles. Those that choose to keep their settings the same will continue to enjoy Disney+ as they always have within a TV-14 content rating environment, with the option to make changes at any time.

Three weeks after the announcement that Hulu’s Futurama revival would possibly return without the original voice of Bender, it’s now been confirmed that John DiMaggio has closed a deal to reprise the role of the foul-mouthed robot.

DiMaggio said in a statement: “So damn grateful for the love and support of fans and colleagues alike during this whole time (especially my wife, Kate), and I cannot wait to get back to work with my Futurama family. #Bendergate is officially over, so put it on the back of a shelf behind Xmas decorations, or maybe in that kitchen drawer with all of the other crap you put in there like old unusable crazy glue, or maybe even put it in a jar you save farts in. Whatever floats your boat, I don’t care, you get the picture. I’M BACK, BABY! BITE MY SHINY METAL ASS!”

While it’s been known that Chris Hemsworth would play a role in the upcoming Furiosa prequel, new reports are suggesting that he’ll portray the film’s villain.

A recent episode of the podcast Blank Check with Griffin and David featured author Kyle Buchanan, who wrote the book Blood, Sweat, & Chrome: The Wild and True Story of Mad Max: Fury Road. During the episode they briefly discussed the progress of Furiosa, which has been experiencing major delays since it was announced in 2015. Buchanan dropped a tidbit saying that “They have Chris Hemsworth as the villain, who I heard was called Dr. Dementus.”

The news has not yet been confirmed by the production. If true, this will have Hemsworth facing off against Anya-Taylor Joy, who will play the film’s titular protagonist.

Pokemon Scarlet and Violet head to Switch in late 2022

The Pokemon Company has announced two new mainline titles, Pokemon Scarlet and Violet, which are expected to launch sometime in late 2022. Developer Game Freak said the games would offer an “open-world adventure” for players to discover.

They also revealed the three starter Pokemon: Sprigatito, the capricious, attention-seeking grass cat Pokemon, Fuecoco, the laid-back fire croc Pokemon that does things at its own pace, and Quaxly, the earnest and tidy duckling Pokemon.

Ariana DeBose has joined the cast of Sony’s Kraven the Hunter movie, which is set to star Aaron Taylor Johnson in the titular role. While unconfirmed, sources say that DeBose will play Calypso. Calypso is a voodoo priestess who utilizes magic potions as well as being an occasional partner and lover of Kraven.

The film is set to be released theatrically on January 13, 2023.