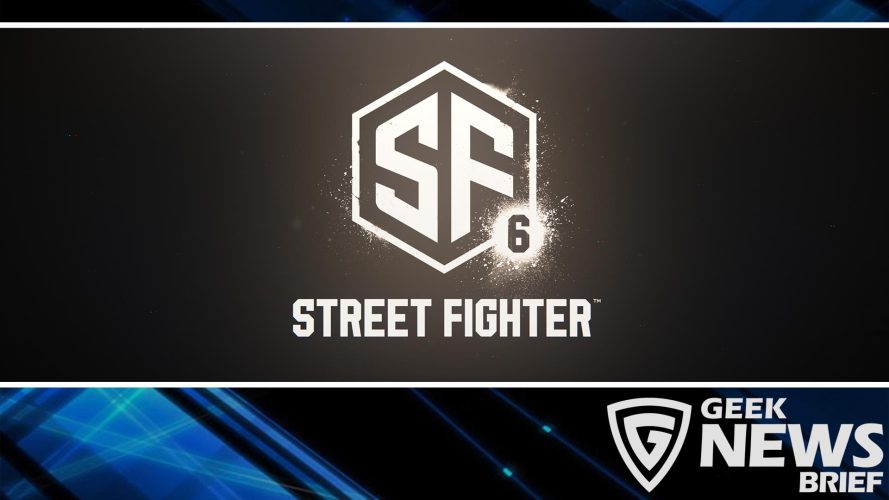 Capcom has officially announced Street Fighter 6 with the debut of a teaser trailer. The teaser features Ryu and Luke, a key DLC character appearing at the end of Street Fighter 5.

Aside from the announcement itself, Capcom only said it would have more news coming in the summer of 2022.

Along with the Street Fighter news, the company also revealed Capcom Fighting Collection, a new 10-game compilation with titles including Darkstalkers: The Night Warriors, Red Earth, and Hyper Street Fighter II: The Anniversary Edition. That collection will arrive on June 24th.

Nickelodeon Animation is following the release of the upcoming TMNT theatrical film with a series of exclusive movies for Paramount+ beginning in 2023. Each will center on one of the property’s storied villains in never-before-told tales.

Also set on Paramount+ and Nickelodeon is Transformers: Earthspark, which follows a new species of Transformers who must find their place and purpose among Autobots, Decepticons, and the human family who adopts them.

Paramount might be working on a new Star Trek movie

After several starts and stalls, the next Star Trek movie might be gearing up to begin production by the end of the year. Paramount and JJ Abrams have announced that they’re hard at work on the new film that will feature their original Kelvin timeline cast.

However, according to The Hollywood Reporter, the announcement came as a surprise to the actors and their representatives. Sources told the outlet that teams for the cast were not aware of the announcement of a new film, much less that they would be included in the deal. Regardless, the studio’s hope is to begin filming in the fall in order to achieve a December 22, 2023 release.

Back in 2018, Paramount had initially planned on making a Star Trek 4 that included a time travel team-up between Chris Pine’s James T. Kirk and his late father played by Chris Hemsworth. However, both Pine and Hemsworth reportedly pulled out of that project over money issues. As far as we know, this new film is not the same script as new writers have been hired since that movie was conceived.

The upcoming anthology series Tales of the Walking Dead is continuing to add to its cast.

According to Variety, Olivia Munn, Danny Ramirez, and Jessie T. Usher have all joined the cast of the series set in The Walking Dead universe. They join the previously cast Daniella Pineda, Terry Crews, Parker Posey, Poppy Liu, Anthony Edwards, and Jillian Bell.

Nintendo shutting down 3DS and Wii U eShops in March 2023

Nintendo has announced that it’s shutting down the eShops for the Wii U system and 3DS family of consoles in late March 2023. That means that after that date, you won’t be able to purchase any content from the shops, download demos, or redeem download codes for those systems. The shutdown process will start much earlier than next March though, as you won’t be able to add funds to your eShop account starting on May 23rd, 2022.

After the eShops officially shut down, you can only use them to redownload any content you already own and to install software updates. Nintendo added that this is part of the natural lifecycle for any product line as it becomes less used by consumers over time.

PlayStation Plus and Xbox Gold free games for March 2022

Here are the free games for PlayStation Plus and Xbox Gold members for March.

Starting on March 1st, PlayStation Plus members will awaken on the shores of a mysterious island in Ark: Survival Evolved and outpace the competition in Team Sonic Racing for PS4, as well as wield a blade and perform amazing parkour feats in Ghostrunner for PS5. In addition, team up and take on fearsome, supernatural foes in Ghost of Tsushima: Legends for both PS4 and PS5.

Xbox Gold members can join a girl and her dog on their rafting journey in The Flame in the Flood, show off your style in Street Power Soccer, embark upon light or dark campaigns in Sacred 2 Fallen Angel, and find the Krabby Patty secret formula in SpongeBob’s Truth or Square.