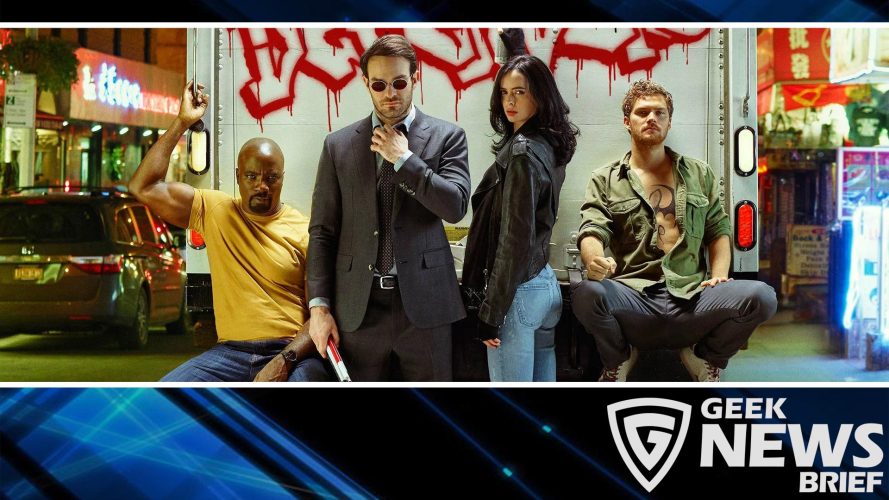 Netflix’s Marvel series, including Daredevil, Jessica Jones, Luke Cage, The Punisher, Iron Fist, and The Defenders, are leaving the streamer on March 1st.

Netflix’s license for the shows is expiring, with the rights now reverting to Disney. The company hasn’t revealed where the shows will end up just yet, but even with the more mature take on its characters, it seems likely that Disney+ is the logical destination.

In addition to Disney regaining control of the existing episodes of each series, Kevin Feige has indicated that there is a possibility to revive or reboot some of the shows.

Hulu orders a Futurama revival with most of the cast returning

After months of negotiations, Hulu has finalized a deal for 20 new episodes of the cult animated sci-fi comedy Futurama, set to premiere in 2023. In addition to original creators Matt Groening and David X. Cohen returning, the majority of the voice cast is also set to come back, including Billy West, Katey Sagal, Tress MacNeille, Maurice LaMarche, Lauren Tom, Phil LaMarr, and David Herman.

Missing from the list is John DiMaggio, who voices the robot Bender among half a dozen other characters. The role is currently being recast ahead of the first table read. The decision was made after DiMaggio’s negotiations with the studio came to a standstill, though there is a desire on both sides to have him rejoin the cast and reprise his role.

For Futurama, whose 20 new episodes are expected to run in two batches, this marks the third revival. Previously, it was revived for 4 direct-to-DVD movies, and then at Comedy Central for an additional three years.

Disney+’s Obi-Wan Kenobi series will premiere in May

Disney has revealed that its limited-run series Obi-Wan Kenobi will premiere on May 25th.

The series is set 10 years after the events of Star Wars: Revenge of the Sith, which saw Ewan McGregor’s Jedi knight Kenobi go into hiding after the fall of the Galactic Republic. Hayden Christensen is also set to return to play Darth Vader.

The revived Telltale Games team has announced that its long-awaited sequel to The Wolf Among Us will arrive in 2023. The Wolf Among Us 2 is set six months after the first season, and promises plenty of drama when a new case for Bigby Wolf gets the NYPD involved.

In 2019, LCG Entertainment resurrected Telltale after the studio’s collapse the year prior and revitalized the project. AdHoc studio is now developing the project, which is made up of previous Telltale employees, including those who worked on the original game. The studio has confirmed that the new game will make use of the Unreal engine as opposed to the engine previously used for the series.

Uncharted’s Nathan Drake and Chloe Frazer are making their way to Fortnite. Even before Epic Games was able to make the announcement, the community solved the riddle and revealed the crossover trailer.

The Uncharted collaboration launches on February 17th, one day before the Uncharted film premieres in theaters. A new in-game item, Drake’s Map, will come to the game the following morning. These act like the Chapter 1 treasure maps, leading players on a hunt for buried “treasure,” or loot for your inventory.

The Nathan and Chloe skins will allow you to play as either the film versions of those characters or their Uncharted 4 counterparts.