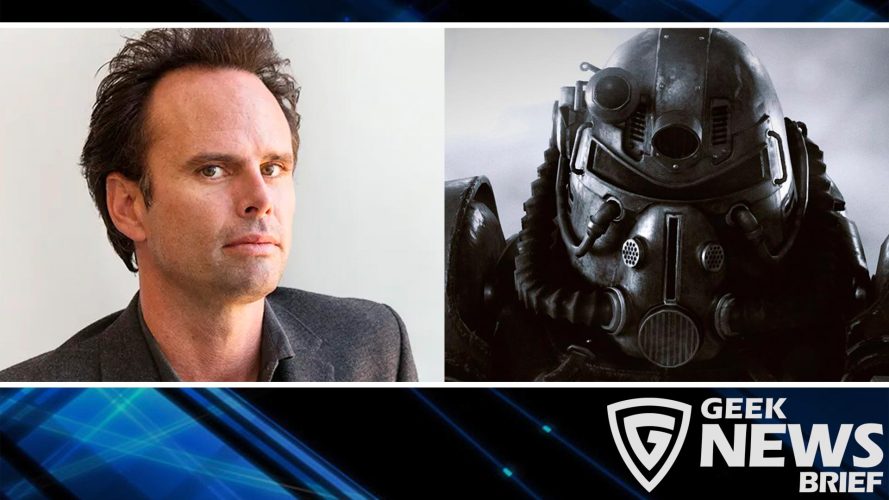 Walton Goggins has been cast as the lead for Prime Video’s series adaptation of the video game franchise Fallout.

While full details about Goggins’ character have not been revealed, he is believed to be playing a Ghoul. In Fallout, ghouls are mutated humans who experienced prolonged radiation exposure amid the nuclear war.

Amazon originally announced the series in 2020 with Jonathan Nolan and Lisa Joy of Westworld behind the creation of the show.

James Gunn has confirmed that Peacemaker has officially been renewed for a second season at HBO Max.

Gunn had previously shared that a renewal was likely thanks to the first season’s impressive viewing numbers. Aside from Peacemaker’s next adventure, Gunn is also developing another TV series spinning out of the events of last year’s The Suicide Squad, though the headlining character for that series currently remains a mystery.

In an open letter to fans, Stranger Things series creators the Duffer Brothers revealed when new episodes will debut on Netflix, along with more news on the future of the show.

The letter reveals that Season 4 of Stranger Things will debut in two parts, with Volume 1 arriving on May 27th and Volume 2 on July 1st. The reason behind the decision is that Season 4 is nearly twice the length of any past season.

The other major piece of news announced is that Season 5 of Stranger Things will be its last. The creators had a story arc in mind from the beginning, and Season 5 will see their vision reach its planned conclusion.

Netflix is making a BioShock movie

Netflix is teaming up with 2K and Take-Two Interactive for a film adaptation of the BioShock series.

The streaming service released no further details, other than that the movie will be produced by 2K and Vertical Entertainment, a production company that’s worked on big studio horror films over the past 20 years.

Previously, director Gore Verbinski was attached to a big-budget film adaptation, however that fell apart around 2010.

While Sonic the Hedgehog 2 hasn’t yet released, Paramount has announced that Sonic 3 is already in development. In addition to a third movie for the franchise, a spinoff series following Knuckles is in the works for Paramount+ with Idris Elba continuing his role from the sequel, which will hit theaters on April 8th.

John Cena set to star in Coyote vs. Acme for Warner Bros.

John Cena has closed a deal to star in Coyote vs. Acme, a live-action/CG hybrid feature film from Warner Bros. centered on the classic Looney Tunes character Wile E. Coyote.

Wile E. Coyote is the silent and cunningly inventive animal who is endlessly foiled in his attempts to capture the Road Runner. He is aided in his attempts by devices mail-ordered from Acme Corporation, which never quite work the way they’re supposed to.

The feature will tell the story of a down-on-his-luck human attorney who takes on Wile E. as a client in his suit against Acme over its defective products, only to discover that his boss at his former law firm is representing Acme.

Cena will play the former boss in the feature, which seems like part courtroom drama, part family comedy.