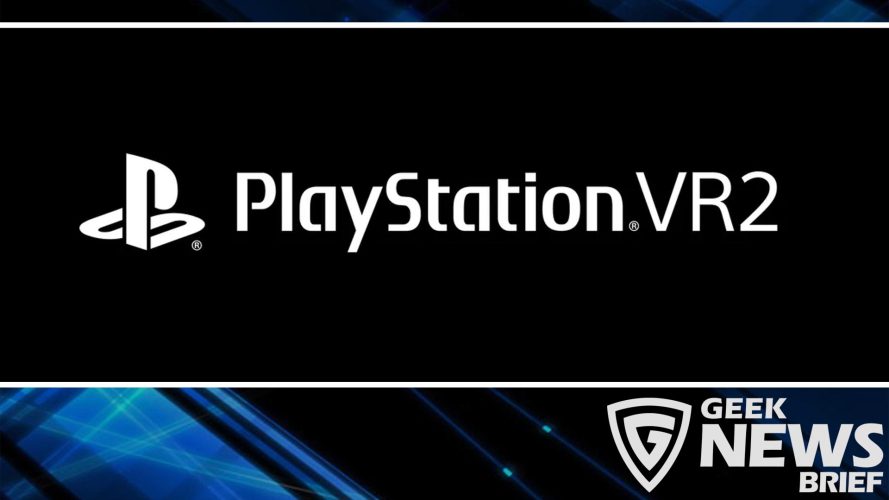 Sony has revealed some new details about its next-gen VR headset at CES 2022, along with providing its logical name: PlayStation VR2.

The new headset will be compatible with the PS5 and the new VR2 Sense controllers. It has a display resolution of 2000 x 2040 pixel per eye, a 110-degree field of view, and is capable of 90 to 120Hz frame rates while supporting 4K HDR.

It also features inside-out tracking, which means it has multiple embedded cameras to track the movements of your head and controllers. A new sensory feature for the device called “headset feedback” can make games and experiences even more immersive by using a built-in motor with vibrations to simulate in-game events. For example, it can mimic the feel of a character’s elevated pulse rate while they’re hiding from a threat or the feel of objects passing close to a character’s head. The headset can also detect the motion of your eyes, allowing you to interact with the game environment like you’d interact with the real world.

Sony didn’t reveal a release date, but did announce one of the first games arriving on the platform. Horizon Call of the Mountain will be a VR experience in the Horizon universe that is being built exclusively for the PSVR2 and featuring an entirely new protagonist.

Simon Kinberg has provided an update on his Battlestar Galactica movie for Universal.

In an interview with Collider, Kinberg confirmed that a second draft of the script has been finished, though they’re still a ways off from filming, but are actively in the process of seeking out a director to attach to the project.

When asked about whether or not the upcoming film is related to the new series Sam Esmail is developing for Peacock, Kinberg said, “In terms of the situation with Sam and the show, I can’t say too much about it other than there is synergy between the two enterprises and constant communication between us. We’ve become close and been having a really good time together and there will be, for lack of a better phrase and it’s an overused phrase, a shared universe.”

Morbius pushed back to Spring release

Sony is yet again delaying the Jared Leto-led film Morbius. Most recently set to release on January 28th, the movie will now open in theaters on April 1st.

This marks the seventh time that Morbius has been delayed since the original planned release all the way back in July of 2020. While no specific reason was given, it’s possible that the newest delay is a result of the omicron surge, or simply that Sony wants to allow the focus to remain on Spider-Man: No Way Home until it completes its run.

Scott Pilgrim, the hit graphic novel series that was adapted into film by Edgar Wright, is now in development as an anime series for Netflix.

Bryan Lee O’Malley, the artist and creator of the novels, is writing and executive producing with BenDavid Grabinski. The two will showrun if it moves forward with a series order.

Bringing the graphic novels to anime form seems appropriate, as some of O’Malley’s biggest influences were various manga.

Acclaimed comics author Ed Brubaker has joined the creative team behind Batman: Caped Crusader, the animated series in the works at HBO Max and Cartoon Network.

Brubaker is running the writers room along with Bruce Timm and acting as his right hand for the show, which will have a 10-episode first season.

Brubaker, who also co-created the Winter Soldier for Marvel, said of the show’s producers, “Their vision for the show, with a slightly more pulpy take on the character, and a new way of looking at the world of Gotham, set in the past but viewed through a modern lens really sold me, and so far every part of it has been a blast to work on. I can’t wait until the rest of the world can see what we’ve been building the last few months in the writers room. All I can say is, it’s not what anyone is expecting… but in a good way.”