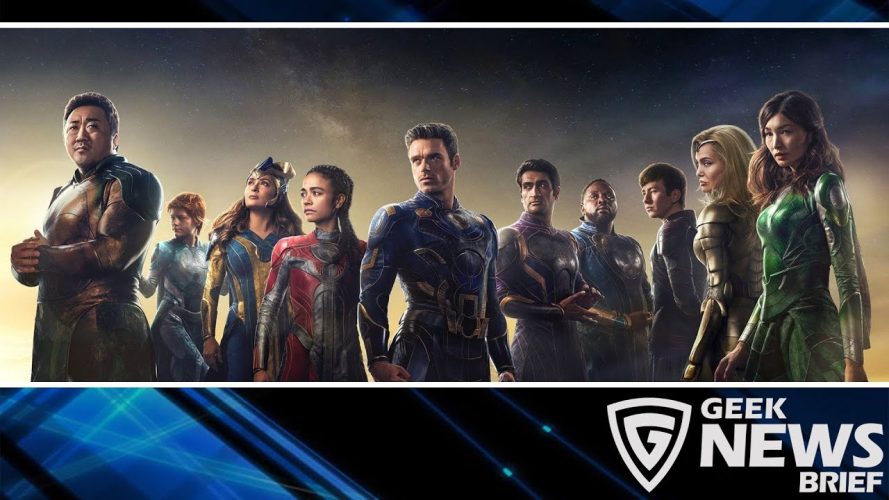 LEGO has revealed that its Sonic the Hedgehog Green Hill Zone set will be available both online and in LEGO stores on January 1st 2022, for $70.

The 1,125-piece recreation of the game’s best-known area includes grassy green hills, checkered terrain, and a loop. You’ll also get a minifig for Sonic, as well as a brick-built Dr. Eggman and Eggmobile, Moto Bug, and Crabmeat. An interactive Technic lever can launch Sonic into the air, while the level also includes power-ups like golden rings, super speed, shield boxes, and even the Chaos Emeralds.

Sonic’s new LEGO set was created as part of the LEGO Ideas program, in which fans and amateur builders submit their own design ideas for new sets, with this one amassing enough votes to be considered and eventually produced.

The PVE title will bring Remedy’s narrative expertise and action gameplay into an immersive multiplayer experience. The game is still in the proof-of-concept stage, so it’ll be a while before we get a look at any footage.

Remedy’s CEO stated, “Vanguard marks Remedy’s first entry into Games-as-a-Service business model, executed by our top tier team of free-to-play experts. We are building something new and exciting for the co-operative multiplayer space, on top of Remedy’s strengths. Vanguard is a global opportunity, and Tencent can support Remedy internationally, and lead the operations in Asia and the mobile markets.”

While no planned release date is available this early in the process, the game is being targeted for release on PC and consoles.

PlayStation Plus and Xbox Gold free games for January 2022

Here are the free games for PlayStation Plus and Xbox Gold members for January.

Starting on January 4th, PlayStation Plus members will get access to the action RPG Persona 5 Strikers for PS4. For both PS4 and PS5, members will get the off-road racer Dirt 5, along with the co-op first-person shooter Deep Rock Galactic.

Xbox Gold members can battle through hordes of vigilante robots in NeuroVoider, recover what was lost and rebuild everything in Aground, hop into the vertical shooter Radiant Silvergun, and revisit a classic with a new twist in Space Invaders Infinity Gene.

Spoiler warning if you haven’t yet seen Marvel’s Eternals.

In a recent interview with Empire, Eternals director Chloe Zhao revealed that the movie originally had a much bleaker ending, as she’s used to films that are more cold and melancholy, but it didn’t go down well with audiences.

When asked how bleak, Zhao responded, “It used to end with everybody back on the ship, minds erased and just going on to another planet, like The Twilight Zone. I remember when it goes to black, everyone was like, ‘I don’t know what to do.’ And also, it’s the MCU, and you want to be excited for what’s next.”

Eternals will be available for streaming on Disney Plus on January 12th, 2022.