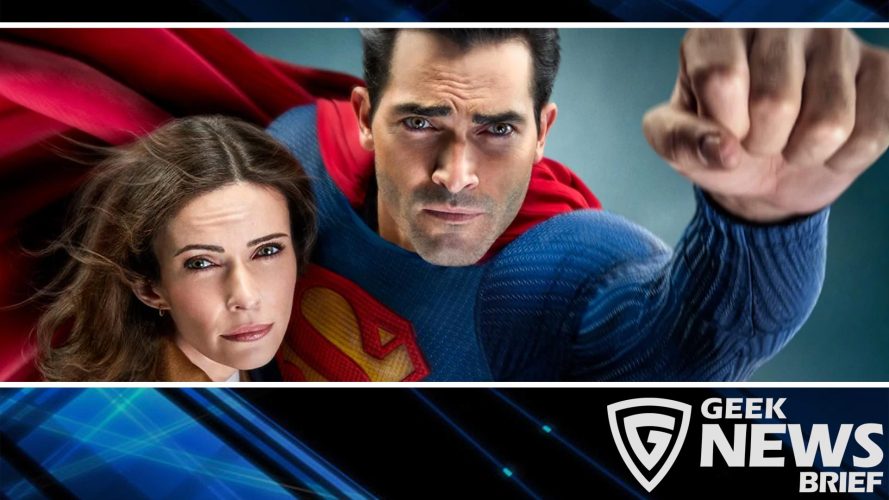 Bandai Namco is making a My Hero Academia battle royale

Bandai Namco has revealed that they’re making a new free-to-play battle royale game titled My Hero Academia: Ultra Rumble, based on the popular manga and anime.

The game, which will support up to 24 players in a single match, doesn’t have a release date yet, but it will come to PS4, Xbox One, Nintendo Switch, and PC. Bandai Namco plans to hold a closed beta sometime in the future.

Mike Judge has announced via Twitter that Beavis and Butt-Head will be returning with a brand-new movie and more on Paramount+. The creator of the comedic duo also shared a few sketches of the pair as older men, while confirming that although there’s no exact release date yet, it’ll be coming sometime this year.

Laura Donnelly has joined the cast of Marvel’s Halloween special for Disney+. She joins the previously announced Gael Garcia Bernal, who is rumored to be playing Werewolf by Night.

While Donnelly’s role has also not been confirmed, Deadline is speculating that if Bernal is playing Werewolf by Night, she could potentially be playing Nina Price, who becomes Vampire by Night. Price is the niece of one of Marvel’s incarnations of Werewolf by Night, and a vampire/werewolf hybrid. She carried the lycan gene and was changed further after being bitten by a vampire.

Turning Red, Pixar’s latest feature film, will premiere exclusively on Disney+. Disney had planned to debut the movie in theaters, but likely due to the recent pandemic surge in cases, that won’t happen. The release date will remain the same, with the film set to debut on March 11th as originally planned.

Turning Red tells the story of Mei Lee, a teen who finds out she turns into a red panda when she gets too excited. Naturally, all sorts of hijinks ensue as a result.

Superman and Lois showrunner confirms that Doomsday is coming

Spoiler warning if you haven’t seen the Season 2 premiere of Superman and Lois.

Toward the end of the Season 2 opener of the CW drama Superman and Lois, Smallville is rocked by an earthquake originating from the mines. While Clark is too busy with other matters to investigate, we see that the tremors were caused by a gloved fist punching up through the ground deep below.

Superman and Lois showrunner Todd Helbing has confirmed that the scene is indeed setting up the arrival of Doomsday, one of Superman’s deadliest foes. Helbing add, “That is our homage to a classic Doomsday cover. In episode 2, you’re going to see him a little bit more. In episode 3, you’ll get the full reveal.”

As to how the show will be approaching the character, Helbing said, “There’s so much lore and mythology in the Superman universe that we feel it’s our obligation to tell a unique story. We take inspirations from the comics as much as possible, and then we try to twist it. We did the same thing here.”