5 min read
Add comment
FacebookTwitterRedditPinterestEmail
Monster Sanctuary requires that you become a tactical master, and while that may not be for everyone, it has more than earned its place as a stunning genre-hybrid.

Exploring ancient caverns and dangerous forests alongside a team of trained monsters has been a winning gaming formula for more than twenty years. Turning the journey through those caverns and forests into a Metroidvania-like platforming adventure with lively, SNES-style pixel art and in-depth world building is a novel twist; one that blends two of gaming’s most beloved genres into a charming and challenging, and sometimes overly complex, quest.

In Monster Sanctuary, the debut title from Moi Rai games, you take on the role of a Keeper, a trainer of monsters dedicated to defending the game’s namesake from danger. In a recognizable fashion, you begin your adventure by choosing your starting monster from one of four elemental creatures—a wolf, a lion, an eagle, and a toad—and your rival Keepers claim the other three. Each Starter Pok- er, Spectral Familiar, comes equipped with an out-of-combat ability that helps you navigate the overworld like gliding over gaps or slashing through secret walls. 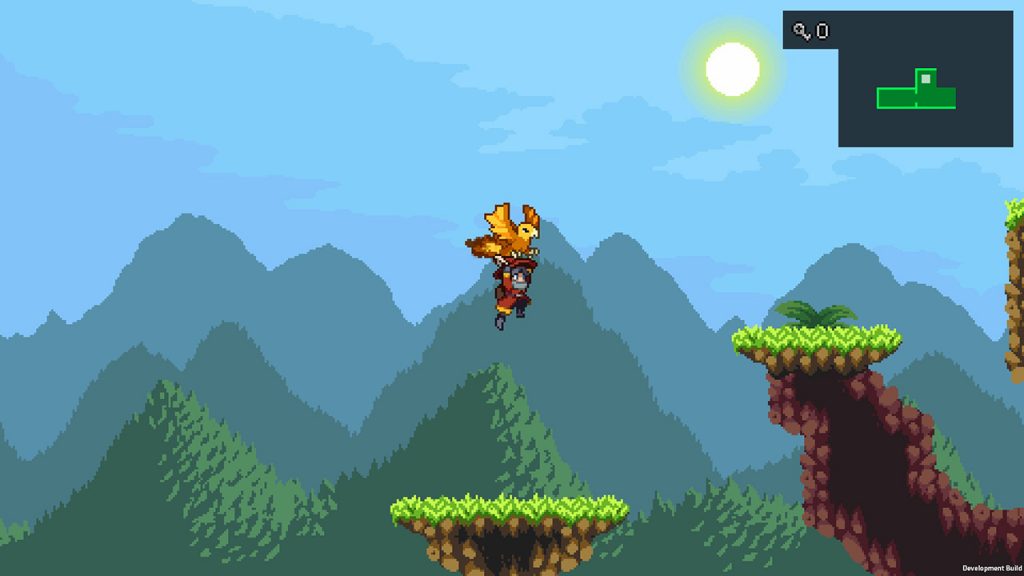 As a result of these abilities, adding new monsters to your team also means adding to your Keeper’s skillset and opening access to new areas of the map. These new areas often offer treasure chests full of gear for your monsters or time-honored Metroidvania abilities like a double jump. Growing your team isn’t as easy as throwing a magic orb at your desired target though. In order to expand your monster team (and unlock the pages of lovingly crafted lore about each type of creature), you have to earn monster eggs in battle.

Most encounters with monsters in the sanctuary are three-on-three, turn-by-turn battles that are more reminiscent of JRPG fights than of Pokémon battles. Each monster type has a skill tree that allows you to choose attacks, buffs, and debuffs to customize a team that fits your playstyle. Complementary abilities are fun to mix and match, and building teams that synchronize well together is essential. Combining moves increases your Combo Count which not only boosts your team’s damage output but also improves your battle rating. This rating then determines how much experience you earn after each fight and any loot you get, including rare monster eggs.

Monster battles are the central pillar of the game’s design and constitute a majority of your play time, but this is partly because they can simply be time-consuming to play through. That said, battles also take time because they are complex, and you won’t succeed by mashing buttons. At later levels, even wild monsters are well-versed in buffing and healing where they’re needed, and random fights can take a minimum of three to four turns of six monsters each using their multi-hit moves. 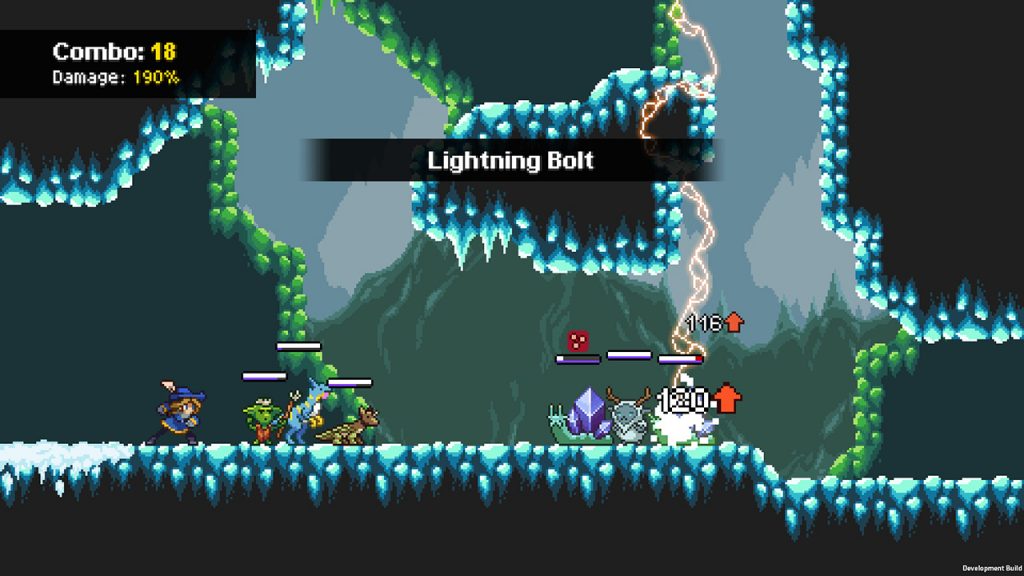 Navigating through the different regions of the game will feel familiar to Metroidvania fans, but the puzzle and navigation aspects of Monster Sanctuary don’t measure up to the challenge of other modern platformers. Some areas of the map feel empty compared to more prominent titles in the genre, but on the plus side, they do offer some respite from the hordes of monsters roaming adjacent rooms. Independent of one another, the game’s monster battles and exploration could be easily forgotten, but together they make Monster Sanctuary an extremely tactical and beautifully designed RPG.

Individual regions of the sanctuary are brought to vivid life with detailed pixel landscapes, and each biome’s contrasts are supported by the sprawling diversity in the games’ 101 monster designs. You are consistently rewarded for integrating new monsters into your team and updating your favorites with new gear loadouts to overcome fresh challenges. Additionally, the game’s score, composed by lead designer Denis Sinner, is a series of classic bit tracks that evoke the homey nature of the sanctuary, the darkness of dungeons, and the thrill of combat perfectly.

While backtracking through old regions for treasure or tools doesn’t feel quite as rewarding as it does in more exploration-focused platformers, gaining access to new regions and the new monsters therein always left me craving the next chapter in the story. Building your ideal team of mythical creatures, becoming a Keeper Master, and defending the sanctuary isn’t easy. Monster Sanctuary requires that you become a tactical master, and while that may not be for everyone, it has more than earned its place as a stunning genre-hybrid, and I cannot wait to see what Moi Rai does next. 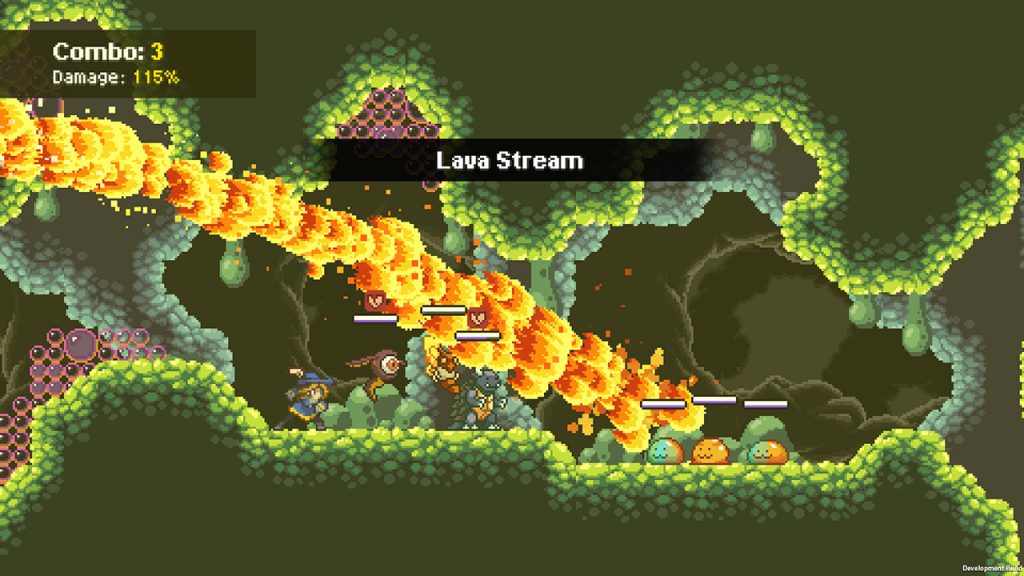 – Combat can easily snowball into drawn out battles of attrition, even against wild monsters
– With four skill trees, three food slots, and four gear slots per monster, customization can sometimes feel too open-ended, especially for new players
– Min-maxing stats and building perfect monsters starts to feel like a requirement for victory at higher levels of play
– Various symbols used for status effects combined with flashes of damage in combat can be difficult to read and remember in the heat of battle

Glitches and bugs aside, and once properly tuned, Baldur’s Gate III will be a great digital version of a pen and paper roleplaying game.