3 min read
Add comment Watch LaterRemove Cinema Mode
FacebookTwitterRedditPinterestEmail
The World’s Greatest Super Heroes square off once-and-for-all against the despotic Darkseid – with the fate of all humanity hanging in the balance.

The World’s Greatest Super Heroes square off once-and-for-all against the despotic Darkseid – with the fate of all humanity hanging in the balance – in Justice League Dark: Apokolips War, the next entry in the popular series of DC Universe Movies. Produced by Warner Bros. Animation and DC, the feature-length animated film will be released by Warner Bros. Home Entertainment on Digital starting May 5, 2020, and on 4K Ultra HD Combo Pack and Blu-ray Combo Pack on May 19, 2020.

Culminating a six-year animated journey that began with the release of Justice League War in 2014, Justice League Dark: Apokolips War finds Earth decimated after intergalactic tyrant Darkseid has devastated the Justice League in a poorly executed war by the DC Super Heroes. Now the remaining bastions of good – the Justice League, Teen Titans, Suicide Squad, and assorted others – must regroup, strategize and take the war to Darkseid in order to save the planet and its surviving inhabitants. This is truly the war to end all wars, and only the victor will live to enjoy the spoils.

Justice League Dark: Apokolips War features the largest Super Hero cast in the history of DC Universe Movies with dozens of actors/characters spotlighted in a grand ensemble of talent reprising their roles from this six-year story continuum. Matt Ryan, Jerry O’Connell, and Taissa Farmiga anchor the cast as Constantine, Superman, and Raven, respectively – the triumvirate determined to assemble the forces necessary to lead humanity’s final attack. Alongside that trio are the long-running core of Justice League voices — Jason O’Mara as Batman, Rosario Dawson as Wonder Woman, Shemar Moore as Cyborg, and Christopher Gorham as The Flash – as well as JL-adjacents Rebecca Romijn and Rainn Wilson as the voices of Lois Lane and Lex Luthor, respectively.

Directors Matt Peters and Christina Sotta helm Justice League Dark: Apokolips War from a script by Ernie Altbacker and Mairghread Scott, who is also credited with creating the story. Amy McKenna is producer, and Jim Krieg is co-producer. Executive Producers are Sam Register and James Tucker. 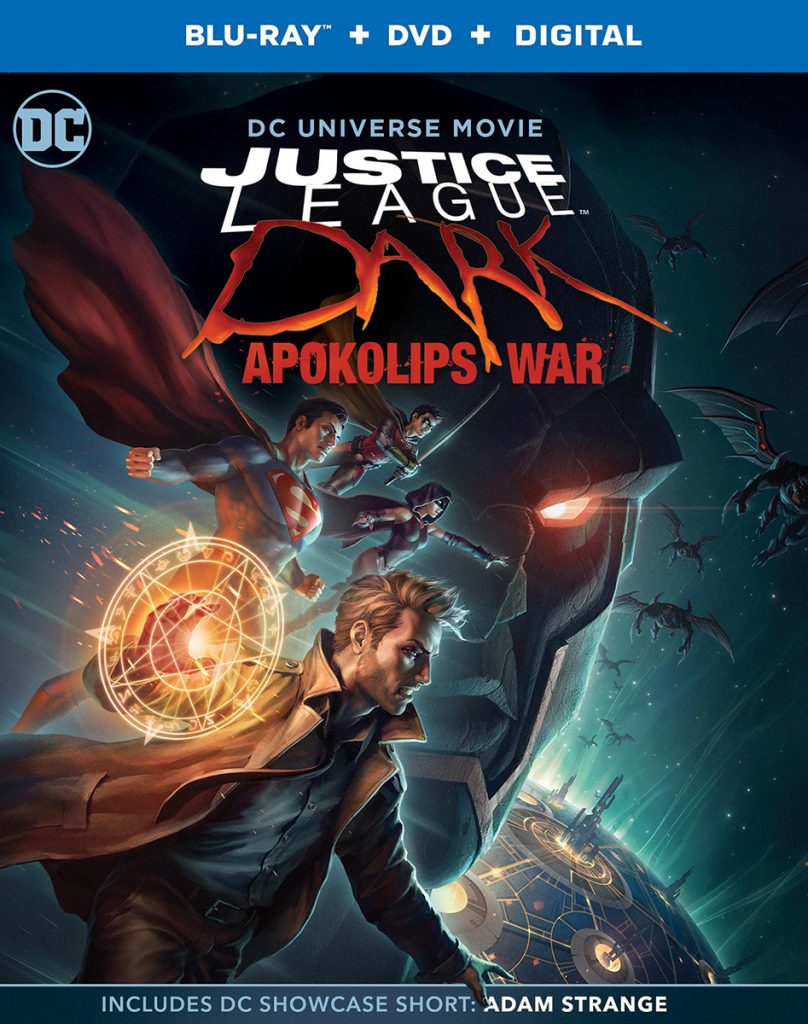