3 min read
Add comment
FacebookTwitterRedditPinterestEmail
Guard Duty, brought to us from Sick Chick Studios, is a narrative point-and-click adventure about love, loss, and the end of the world.

Guard Duty, brought to us from Sick Chicken Studios, is a narrative point-and-click adventure about love, loss, and the end of the world. That’s a pretty big statement right there and probably hooks a lot of you already. If so, great, go enjoy it! If not, please read on. This is a game you don’t want to miss.

The game starts us off in the distant future, with an intense stand off between a man and some giant monster. In true campy action B-movie style, we have some silly desperate dialogue and an explosive, open-ended conclusion before we’re thrown into what appears to be standard fantasy adventure fare, but it’s so much more than that. The player is treated to an engaging, funny, and surprisingly emotional story about an underdog hero that really nails down how much of a passion project this game was for those involved. 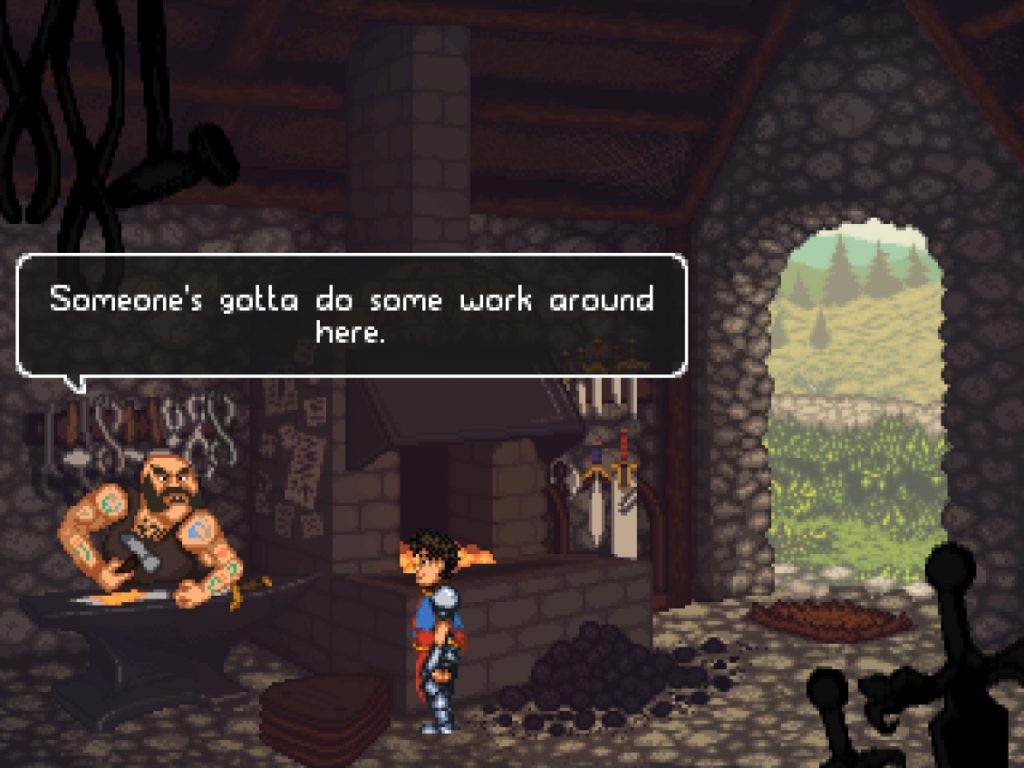 Visually speaking, Guard Duty excels at harkening back to the early 90s, but doesn’t do so in a distracting manner. There’s still ample detail in the environments, and even plenty of easter eggs for the old-school gamers if you look closely, which was a nice touch. The artist definitely dials down a unique style while paying homage to the titles we already know and love. On top of that, we are treated to a wonderful soundtrack with a wide variety of tunes that I highly recommend picking up when you purchase the game for yourself! However, don’t listen to it until you’ve played the game!

“What? Why?” Sounds weird I know, but the thing that really is the most incredible about Guard Duty is the fantastic twist and change of scenery in the middle of the game. I, of course, wouldn’t want to spoil it for anyone reading this, but just as you may be feeling like it’s time to save and put the game down to return to your real life for a bit, it hooks the player all over again in a totally different way. 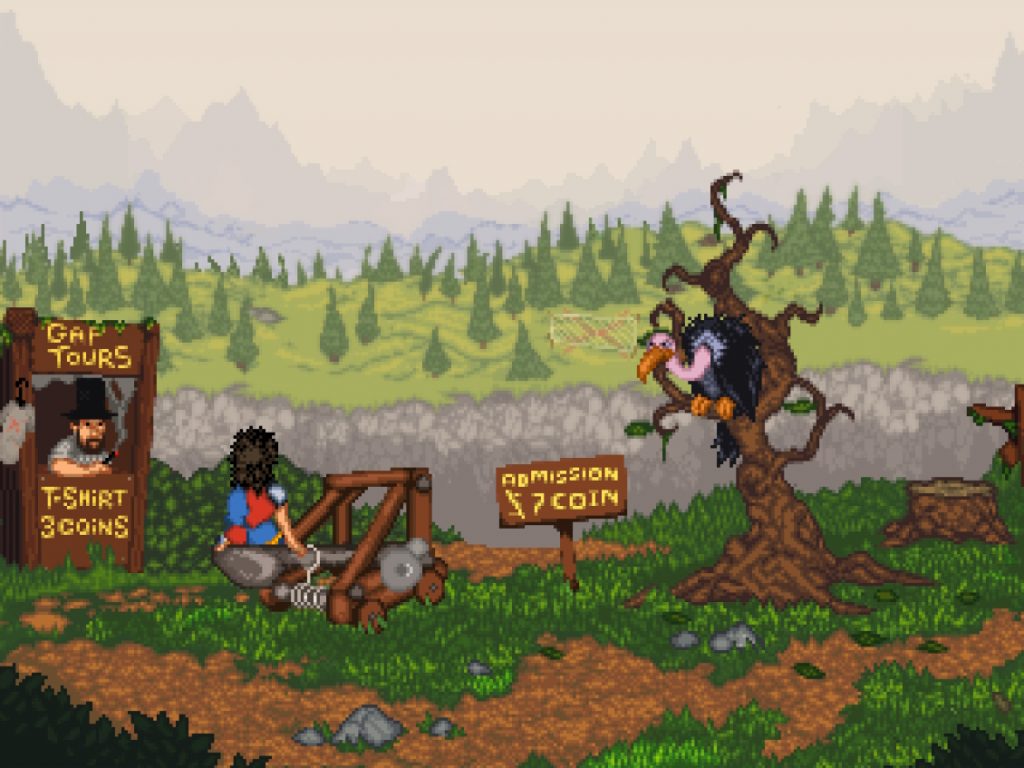 Mechanically speaking, there isn’t much to make mention of. The game is standard point-and-click fare in that regard, with a nice balance of difficulty and some really neat puzzles. If I had to offer a flaw for the sake of a balanced review, my only gripe with the game is that in the second half, we drift from a very interactive environment to essentially “click to continue” which, while still had me engrossed in the environments, the story, and the intelligent and funny dialogue, I found to be a very drastic and distracting sudden change. It absolutely did not remove any enjoyment I gained from Guard Duty, and I absolutely do not hesitate to recommend playing this game. This is Sick Chicken Studios’ first title, and I can’t wait to see what they put out next.