6 min read
Add comment
FacebookTwitterRedditPinterestEmail
Hacking and slashing your way through a linear mystery makes for a great introduction to the action RPG genre, but does not make for a challenge.

Omensight grants you the powers of the Harbinger, a mystical being that only manifests when the apocalypse is set to begin. The power that comes along with that title is immediately apparent, and being an envoy of the gods makes combat, even on the highest difficulty, more of an inconvenience than a genuine obstacle. While dicing through enemies is meant to be only one facet of the game’s core mechanics, the goal of solving the mystery of the end of the world is drowned beneath monotonous fights and repetitive level design. 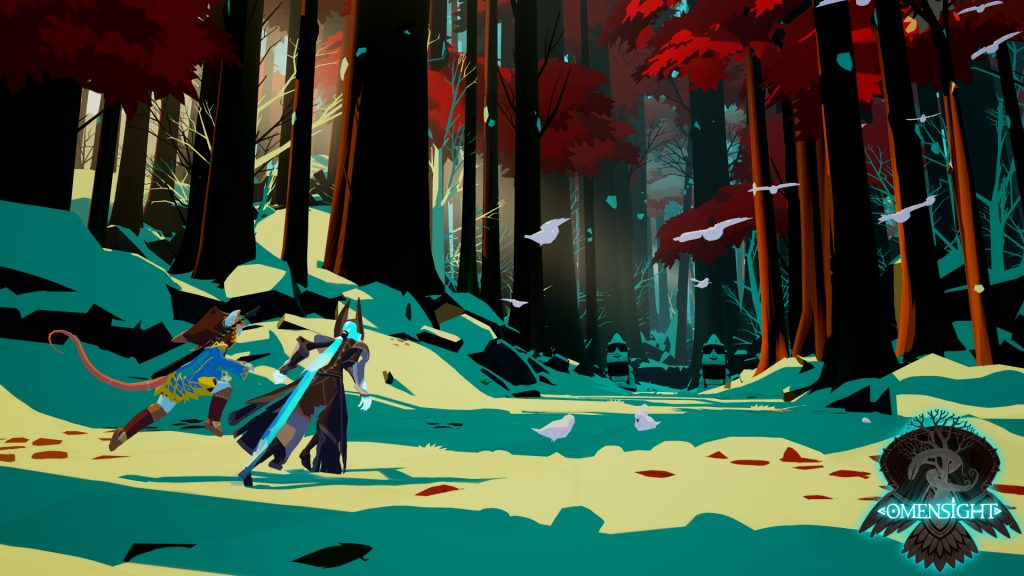 The apocalypse has dawned following the assassination of the Godless Priestess, Vera. Her death has opened the path for the terrible beast, Voden, to wreak havoc on the world. All the while, an uprising staged by the rodent people of the country of Rodentia against their (cat, dog, and bird) oppressors in the Pygarian empire is raging. Tensions rise between the factions, the blame for Vera’s death is cast across enemy lines, the end of days looms, and the duty of preventing the collapse of the world falls to a celestial being known as the Harbinger. This lengthy preface is force fed to you within the first few minutes of the game, and once the foundation for your place as the Harbinger is laid out, you are tasked by another celestial being, The Witch, to go back in time to the dawn of the final day of the world.

On each day, you follow along with one of four key players involved in Vera’s death and Voden’s birth by bonding with their spirit. Ratika, the leader of Rodentia, Ludomir, a rebel soldier and adoptive brother to Vera, Draga, a Pygarian general, and Indrik, the emperor of Pygaria are available to reveal new information about their relationships with each other and the world, but the characters each feel more like caricatures than they do individuals. Traveling with different companions gives you access to their single use ability, and they take you down different pathways in each level, but by the third time meeting each character, finding new information about the cause of the apocalypse turns to a series of redundant treks through the same set of four stages. 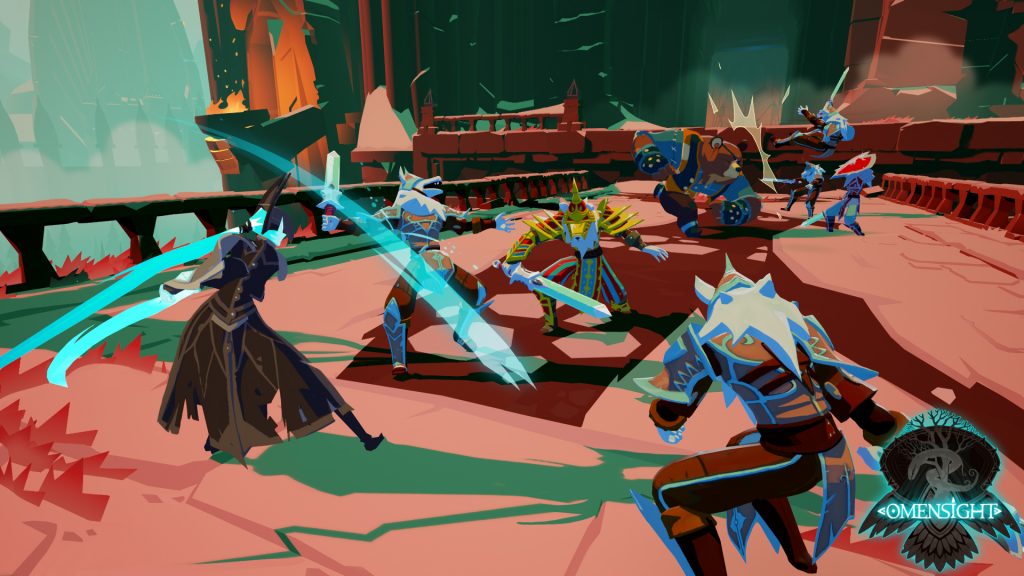 Bonding with a character’s spirit and working through their final day offers an opportunity to stop the world from ending, so your decisions impact character choices, hopefully to a point of averting the end, but these choices are only ever made at the end of each day. Playing through a full day involves three locations, assigned to morning, afternoon, and evening, before the world is consumed by Voden at midnight and you are set to start the day over. This process is cycled through until the mystery is solved and Voden is slain.

Finding new information toward your objective isn’t rewarded for sleuthing or intricate detective work (even on “Detective” difficulty), pertinent information for decision making is only presented at the end of a full day of walking forward and cutting through hordes of enemies. While exploration does award bonus experience, collectible memories serve only to offer flavor text for your companions, not story-altering clues.

Levels are punctuated primarily by when you are and aren’t fighting, but in order to go doom to room in any stage, the objective is to pull a lever or engage with your teammate who can help you to a higher ledge. Overcoming locked doors and out of reach locations becomes a simple button push in places that could have added needed depth to gameplay.

This process makes the game dauntingly cyclical: blow through waves of enemies, demonstrating god-like abilities like slowing time, firing magical projectiles, and dodging at lightspeeds, guide your companion to their third location for the day, earn a small clue toward which character you must partner with next, die, and repeat. I completed my run of the game after seventeen days of play, and completing your investigation at different rates leads to a variety of endings, but a single playthrough had already taken me from corner to corner of the map a dozen times over, so I don’t expect to return to Pygaria anytime soon. 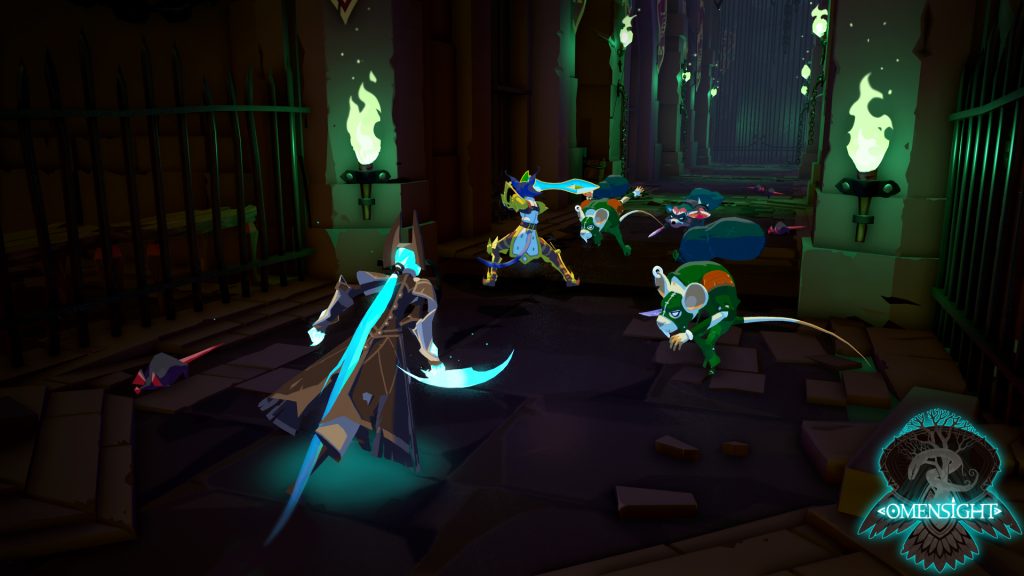 Sprawling kingdoms and wartorn battlefields span the backdrop of Omensight’s maps, and its vibrant, 2-D art showcases the characters of the world in ways that are not realized in their 3-D renderings where sporadic and glitched movement limit the appeal of what could have been a magical world. In navigating the cities and fields of Urralia and Rodentia, the Harbinger frequently clipped into broken boxes or corners of walls that were not visually present.

Movement itself becomes a challenge in many sections of the game as you are left to the whims of the game’s camera in a way reminiscent of a Nintendo 64 platformer. Jumping across a chasm or treading carefully along a bridge turns into a guessing game, and if you guess wrong, you restart from the last checkpoint, leaving the game to load you back in. Flowing through combat, often made too easy by the Harbinger’s strength, becomes frustratingly difficult when the screen is too visually cluttered to see incoming attacks and tactfully time dodges.

While busy combat often turned into a mass of color, the sound design of the game was consistent but unremarkable. The game’s score, surging in and out during various climaxes, was uneventful, and individual tracks did not stand out from one another. Being narratively driven, the game’s narrative weight was carried on the voice cast, but several members did not quite deliver, and one character’s voice was even grating to hear.

Omensight opens the gates to a magical world of animal people and a chaotic war. A full-scale rebellion being waged and the threat of darkness shades the continent. These are all compelling pieces in isolation, but simplistic gameplay, consistent bugs, and lack of challenge makes Omensight an easy foray into the RPG genre, but makes it for an immemorable experience if for anyone looking for a challenge.