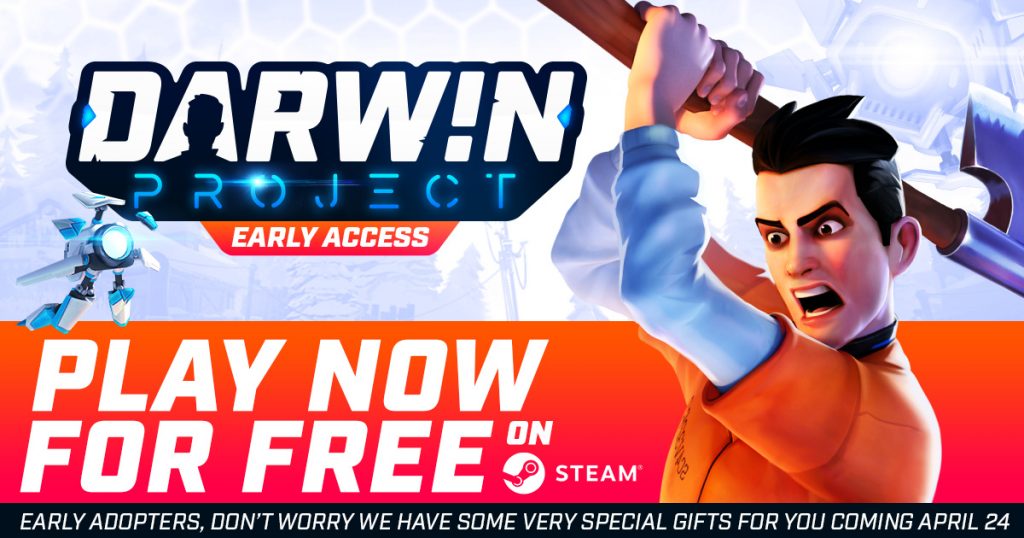 “We’ve said from the start that we’re committed to creating a fresh and exciting experience for Darwin Project players and viewers. With features like the Show Director who serves as a master of ceremonies, Spectator Interactions that let viewers directly interact with streams, and an emphasis on tracking that ensures players are always within arm’s reach of a tense confrontation, we still believe Darwin Project offers a quality experience unlike any other battle royale game out there.

“We’ve been fortunate to have a core community of players join us at a very early stage, with many still supporting us during Early Access, and the last thing we want to do is let those passionate players down. Lately, members of our community have reported longer queue times and difficulty finding matches in lesser populated servers. To bring in new players and maintain a level of activity that ensures players are able to get the most out of Darwin Project, we’ve decided to make it more accessible by removing the price tag.

“We’re aware that it’s a big change, and we want to reiterate that we’re remaining true to Darwin Project’s vision as we move forward,” says Simon Darveau, Creative Director on Darwin Project.

Simply head to Steam to download Darwin Project to join the manhunt as a contestant or Show Director, or tune in to Twitch or Mixer livestreams to influence the outcome of Darwin Project matches as a spectator.

Cosmetics are Coming! Tuesday, April 24, Darwin Project will introduce over 200 cosmetic items that players can unlock by gaining Fans and leveling up. Full information here: http://www.scavengers.ca/major-customization-update-coming-tuesday-april-24/

How can I play for free?
Darwin Project is currently available as a free download on Steam.

I bought the game already. Since it’s free now, will I be compensated?
If you own Darwin Project, you’ll receive the Founder’s Pack containing 2 Legendary sets, 3 Legendary Axes, 3 Legendary Bows, a full jumpsuit collection, and 5 Fan Gifts. It will be added to your inventory on Tuesday, April 24.

Will Darwin Project be pay-to-win?
No. We will never sell items that give a competitive advantage.