Alt-pop musician Lights is breaking the mold with her upcoming album and companion comic book series Skin&Earth by writing, illustrating, and coloring the book herself. At San Diego Comic Con, we had the opportunity to chat with Lights about her decision to enter the comic book world and the challenges she faced in doing so.

“I grew up loving both mediums and always wished that they crossed over more. A lot of comic fans are music fans and vice versa and I don’t think we’ve seen the crossover genre happen enough.”

Initially wanting to hire someone to write and produce the comic, Lights ultimately decided to tackle the project herself after reaching out to veteran comic creator Brian K. Vaughan.

“I went straight to the top and asked Brian K. Vaughan if he would write it, cause I’m a huge Brian K. Vaughan fan. I didn’t really expect him to do it, but in the process he said, ‘You’re a writer already. You can do this.’ He gave me a little advice on how he panels out pages and his limit of speech bubbles per page. I really enjoy the flow of his comics and the readability of his comics so I basically applied all the same things that he applies to his comic writing in terms of the way he panels and paces. So that was sort of my launch point.”

Ready to dive in headfirst, the accomplished musician knew she had to do her homework if she was going to be able to create her vision on the page.

“I just read a million books, like Alan Moore’s Writing For Comics. There’s so many tidbits in there that I applied. Tons of webinars online. I actually approached Jamie McKelvie. He’s an artist on The Wicked + The Divine, which is a comic that I love. He would send me screen stills of him working on his comic to show me how he layers, because previously all my art was on paper and I switched to the digital format, which is so much easier and so much better for the environment. It was just a learning process the entire time.” 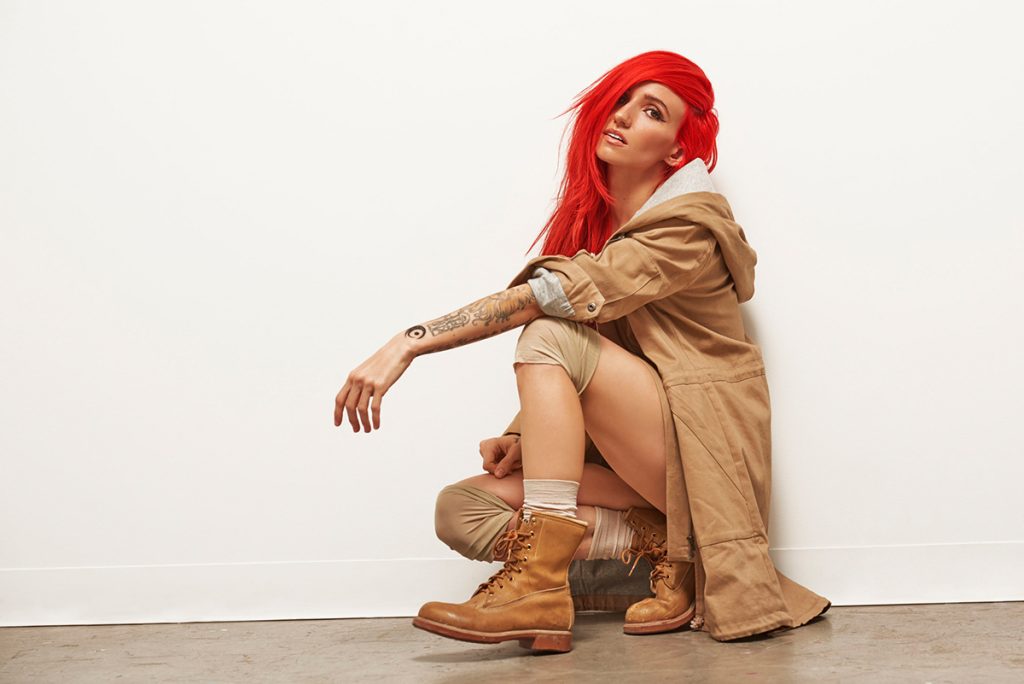 While some people might have been hesitant to break out of what they’re known for, in this case being a musician, that was actually a driving force for Lights in deciding to try something new with the Skin&Earth comic series.

“I think now, more than ever, people are prepared to have mixed media projects. If anything, it’s almost required to have second or third provisions for fans in order to incentivize them to listen to the entire record. We’re in a day and age where people really only want to hear the singles or playlists on Spotify, so if you can give people a reason to listen to those album tracks, I’ll put the time in and do it. All these songs mean something to me and they mean something to the other artists that make them, but people just don’t hear them.”

Lights was quick to acknowledge other artists like Coheed and Cambria, KISS, and Gwar that also have comics as another arm of their art. However, she’s breaking new ground by writing and illustrating herself, as well as doing so as a woman within the pop genre. She described the process of creating both mediums as, “symbiotic.” 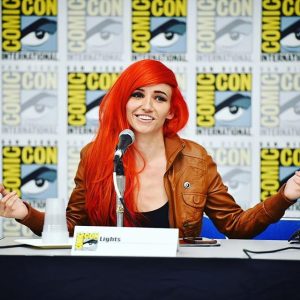 “I had this sort of base idea of the story and would go into song writing sessions with that, and say ‘This is the part of the story I’m going to write about today, this is the mood that I want this part to convey,’ and it became this cinematic creation because I knew the mood and the content and I just had to create the song. It was a matter of getting the right song.”

It’s also important to note that a lot of effort was put into each medium standing on their own. While both the album and comic series are fully integrated, a fan could also pick up one or the other and enjoy it as a standalone project. But together, as Lights described, they’re like a “super force.”

Skin&Earth, the album, will be out this Fall. The last issue of the comic will be out in December, which will be double-issue length.

Grab the first single from the album, Giants, right now on Amazon.