Snake Pass is an exciting new collect-a-thon, puzzle-platforming game. Sumo Digital, the developer, is a British independent development studio best known for Little Big Planet 3, the Sonic and Sega All-Stars Racing titles, as well as their work on the Forza franchise. Releasing for all major platforms, our review for this spectacular game will be for the Nintendo Switch version.

The story of Snake Pass is a bit of a mystery for most of the game. A relaxing paradise, Haven Tor is a series of floating islands in the sky where animals all over Harmony Foothills visit. To access this island paradise, the animals go through a series of magical gates powered by the elemental deities of Earth, Water, Fire, and Wind. Doodle the Humming Bird notices the gates have started to close mysteriously and notifies Noodle the Snake. Together they start their journey to reopen the gates and discover who, or what, is closing them. 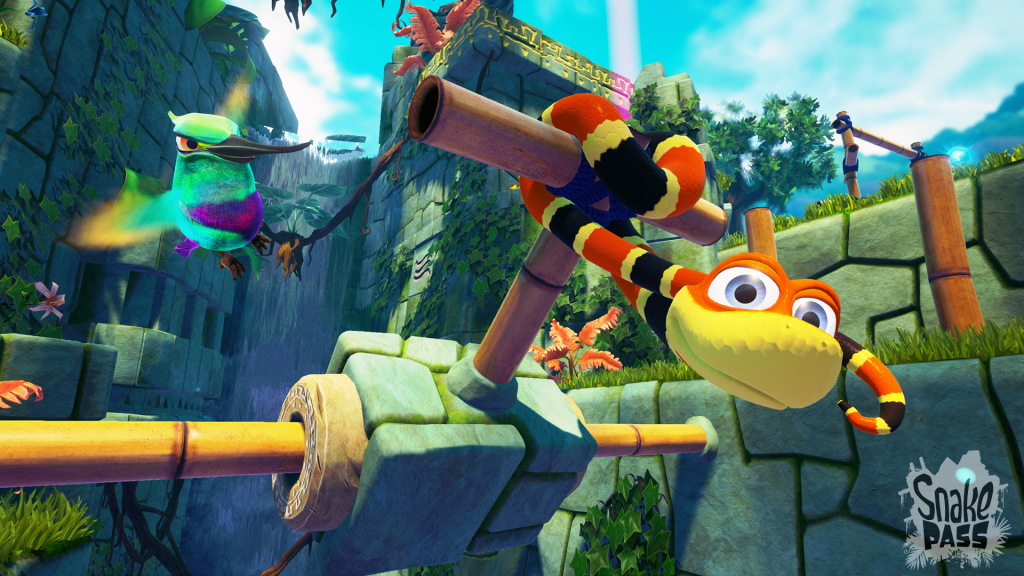 The gameplay of Snake Pass is unlike any other game. You control the head of Noodle with the analog stick and bob his head back and forth to change which direction you’ll go when you press “R” to accelerate. At first it sounds like a racing game, until you see how it’s more about using the physics of the Unreal Engine to traverse different platforms and obstacles. Just getting from point A to point B is a puzzle in and of itself many times.

You’ll wrap, slither, fall, climb, and pull your way through these well-designed levels that are filled with collectables. Few are required, but most are set aside for optional challenge. Once you collect them all, you’ll be gifted a special surprise that I will not spoil here.

The game takes some time to learn, but is very rewarding besides how simple the gameplay actually is. Sumo Digital has impressed me to say the least, in the amount of creative obstacles and challenges they present in this relatively short title.

Being fifteen levels long, people will progress through at different rates depending on skill, adaptability, and whether or not they seek out the optional collectables. My playthrough took about eleven hours, but the difficulty of the final collection of levels is what really prolonged my playthrough.

In the other versions of Snake Pass, there is a Time Trial option, but I unfortunately did not have the pleasure of giving that a go because it will come to the Nintendo Switch version in an update soon. 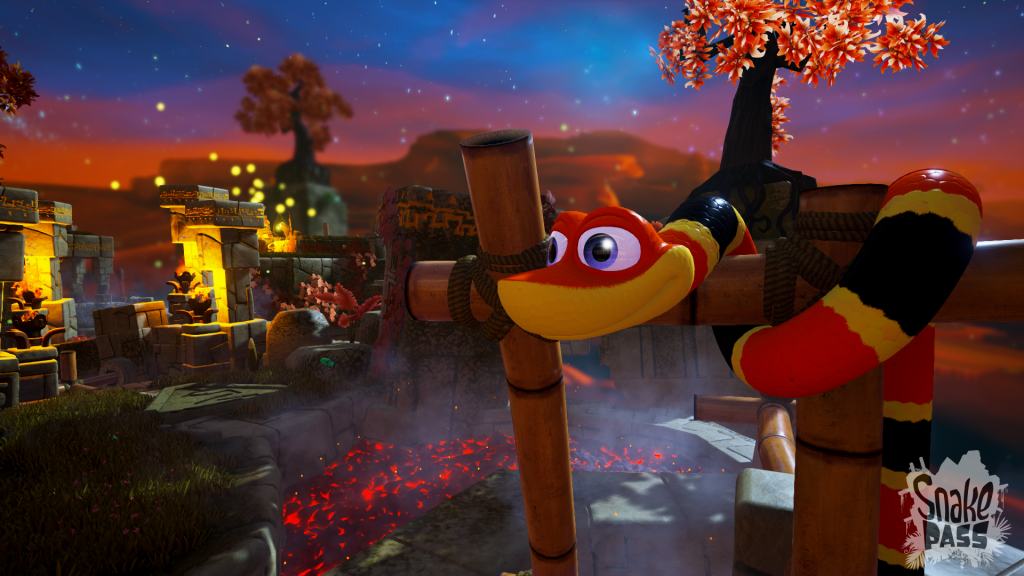 To put it bluntly, the art of Snake Pass is downright beautiful. Docked, the Nintendo Switch version runs decently, though the resolution is a little bit disappointing. Being only 1200x675p, it’s technically not even true HD. This does not stop the game from looking stunning however, and I didn’t often notice the lacking resolution.

Unfortunately, the bad news doesn’t stop there. In handheld mode, which should theoretically have a better 720p resolution, it actually becomes WORSE at an unfortunate 480p resolution. In turn, I’ll have to make the recommendation that this game be experienced while docked as the low resolution is something that truly takes away from the vibrant visuals of Haven Tor.

Frames can also start to drop in the later levels, specifically in the fire-themed series of levels, but overall it kept a solid 30fps through most of the game. 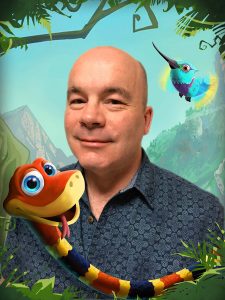 David Wise of Donkey Kong Country fame composed the entire soundtrack for Snake Pass. This is one place the game shines through and through. The wonderful, relaxing, atmospheric sounds Wise is known for are all over the score for this game. My personal favorite is from the Sog-Gee series of levels. If you’re familiar with Wise’s work, it should come to no surprise that these are the water-themed levels of Snake Pass.