4 min read
Add comment
FacebookTwitterRedditPinterestEmail
There is some fun to be had, but it requires self motivation for long gaming sessions to be worth while.

A recipe for chaos: Add 1-part Pong, 2-parts Breakout, and a helping of Space Invaders for good measure.

Following behind Nami Tentou’s title Ping 1.5+ comes another arcade-inspired android game ported to Wii U.  In PSIBO (I’m assuming it’s rhymes with psycho), you’re met with gameplay that combines parts of the 3 games above to create a challenging, chaotic and retro-feeling title.

PSIBO features two game modes. Endless mode is the essence of its arcade ancestry with the goal of achieving a high score. The game also features 36 original levels ported directly from the android version. In both cases, gameplay and controls are the same.

You control a blue paddle that can launch and bounce balls (much like in Breakout) and the goal is to break all of the hexagons at the top. Opposing you is an AI controlled enemy paddle that tries to block your shot back at you (ala Pong). If you miss the ball bounced back at you, it’s returned to your supply, however an alien also spawns and begins firing lasers at you. Taking hits lowers your health (cue Space Invaders) and reaching 0 health ends the game. If you can follow that, good. If not, check out the image below.

The main mode is an endless mode with replenishing hexagons with a high score as the goal. The other game mode consists of 25 puzzles (straight from the android version) that mix and match different elements. Some levels lack the aliens, others lack the opposing paddle and some with other small nuances.

Psibo has an interesting game mechanic – playing the game without strategy causes the game to dissolve into chaos. Lose track of the bouncing balls and you can quickly find yourself at the mercy of an army of aliens. Difficulty can be adjusted in the options from very easy to disgustingly unfair. On the highest difficulty the game can stutter and lag under the crazy disorder. 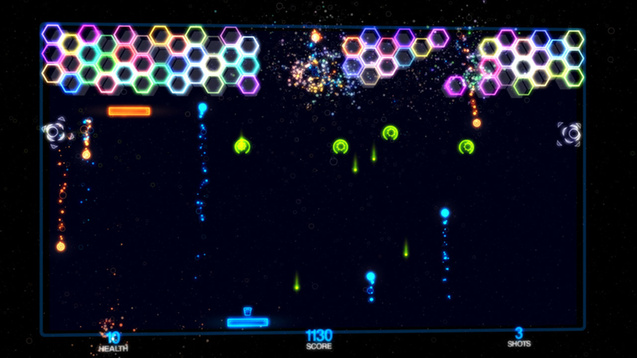 Controls are very basic – you can move the paddle or launch one of the balls. Unlike versions of breakout, there aren’t any power-ups or modifications to collect, meaning that gameplay comes right down to playing the angles and launching at the right time. The trade off to having a large number of balls is that there is no manual aiming mechanic. All of the projectiles are initially launched straight up. Overall, controls are pretty simple. 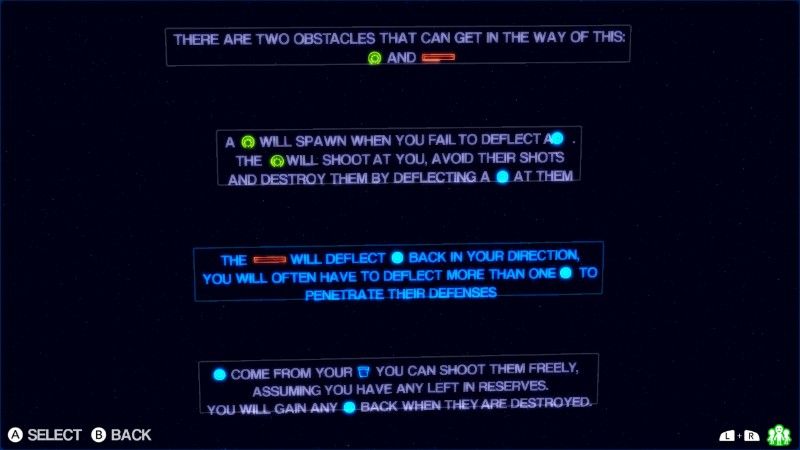 With graphics largely unchanged from the original android version, the port does a decent job of scaling the game to television resolution. Things can get a bit fuzzy when there is a lot of movement on the screen. The faux-3D option, while creative, serves little more than a cover-up for the thin playing-field of the puzzle levels.

The music score consists of one single electronic tune that loops ad infinitum. It’s a fitting song that doesn’t really get distracting which simply adds to the game rather than growing annoying. 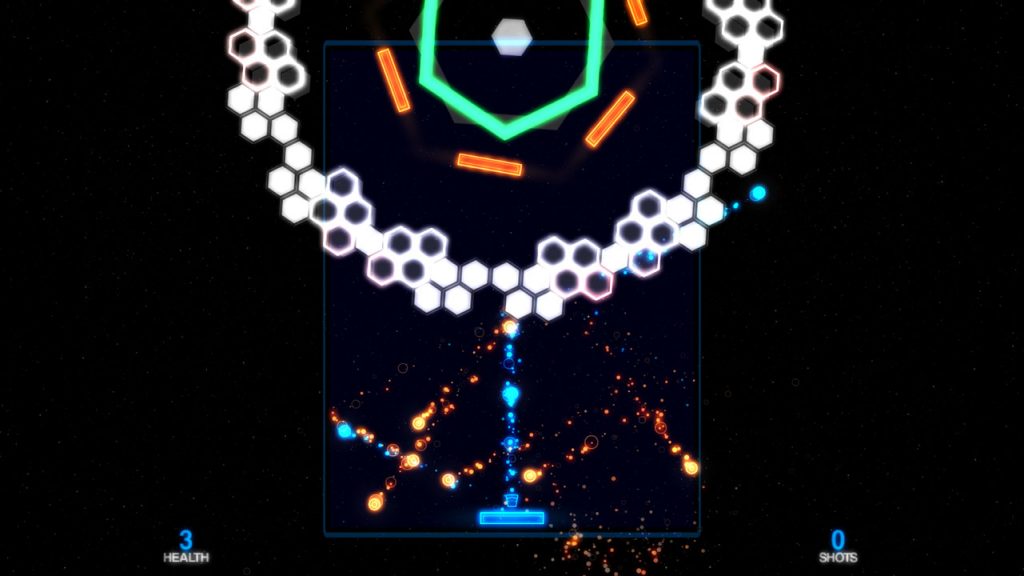 – The main game’s endless mode feels very flat. Instead of facing new puzzles or levels, the hexagons simply reappear.
– A lack of leader-board or high score counter gives little motivation for replaying or a sense of completion in the puzzle levels.
– Inability to aim projectiles makes the game more difficult than it arguably needs to be.
– Feel “old” rather than retro – aside from visuals it fails to build upon modern gaming staples (varying music, high scores, achievements, or icons of completion next to puzzles that one has beaten).

PSIBO’s port to Wii U feels much like many other ‘lite’, mobile style games that are quick to pick up but lack a ton of substance. PSIBO shows off its creator’s desire for a retro game mashup and succeeds to combine the best parts of each. However, the game also lacks some enhancements to appeal to a more modern audience. There is some fun to be had, but it requires self motivation for long gaming sessions to be worth while. It’s a title to keep an eye on in the event of updates or patches to round it out.