4 min read
Add comment
FacebookTwitterRedditPinterestEmail
Coming in with no expectations, Armikrog was an enjoyable experience I would recommend to others.

Article by: Matt West
This review is for the Xbox One version of the game.

Armikrog chronicles the adventures of Tommynaut and his best friend, a talking, alien dog named Beak-Beak. Created by the same team that made the classic Earthworm Jim, this point-and-click adventure is similar to the old Sierra King’s Quest series in play. In 2013, the team successfully met their Kickstarter goal of $900,000 and got to work on what would end up being this creative and bizarre title. 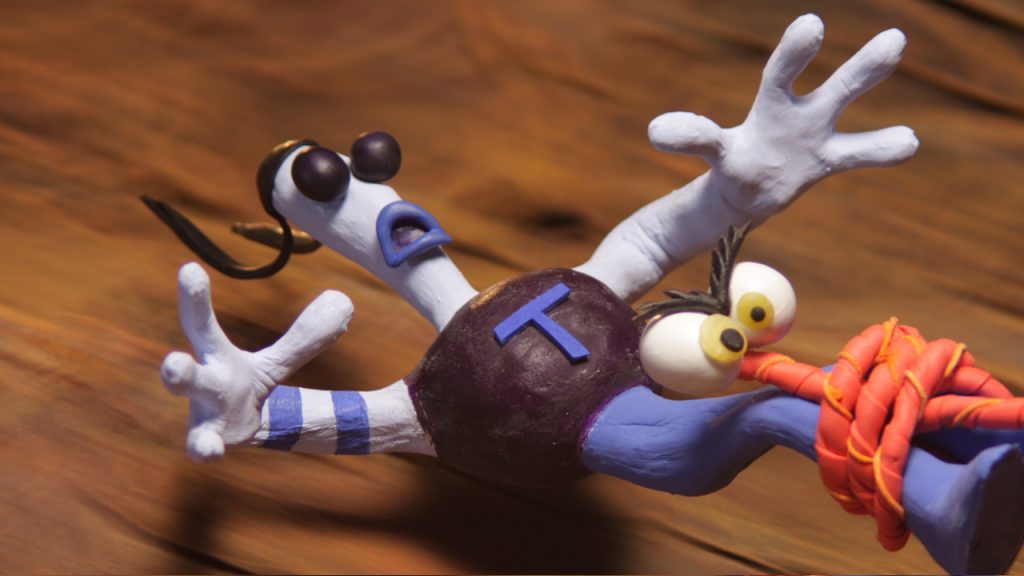 Tommynaut, a space adventurer, starts the story with his sidekick Beak-Beak, the aforementioned talking alien dog. They crash land on a planet and are stuck in a locked fortress called Armikrog. In their attempts to escape the Armikrog, Tommynaut and Beak-Beak discover a whole series of events that have occurred prior to their crash. They find an abandoned baby that propels them to discover where the child came from and why the baby was seemingly orphaned. Tommynaut’s rival Vognaut also intervenes attempting to thwart their mission.

Part of the fun of the game was watching the story unravel and learning what happened at the Armikrog. This also includes learning aspects that are clues to puzzles.

Gameplay is fairly simplistic, but that is not to say that the game is simple. As in most point-and-click games, the player controls an onscreen cursor that either selects where the player wants Tommynaut to go, items to pick up, push buttons, or items he has stored in his stomach. Another feature in gameplay is that the player can choose to instead control Beak-Beak to sit on certain switches, push lower buttons or explore secret areas with “canine vision”. These tunnels are in a black and white color scheme and strangely wavy. This simulates a layer of wavelengths that only Beak-Beak can see, which allows access to other objects, puzzles, and parts of the story.

To get through different areas of the game, players must solve different puzzles to access new areas, power doors, or to gain items needed to move on. Without any anticipation or background on the game, trying to figure out many of the puzzles was initially challenging. After a bit, the player begins to note a number of ways that the game hints at the puzzle solutions. Regardless, expect 3-5 hours of gameplay. 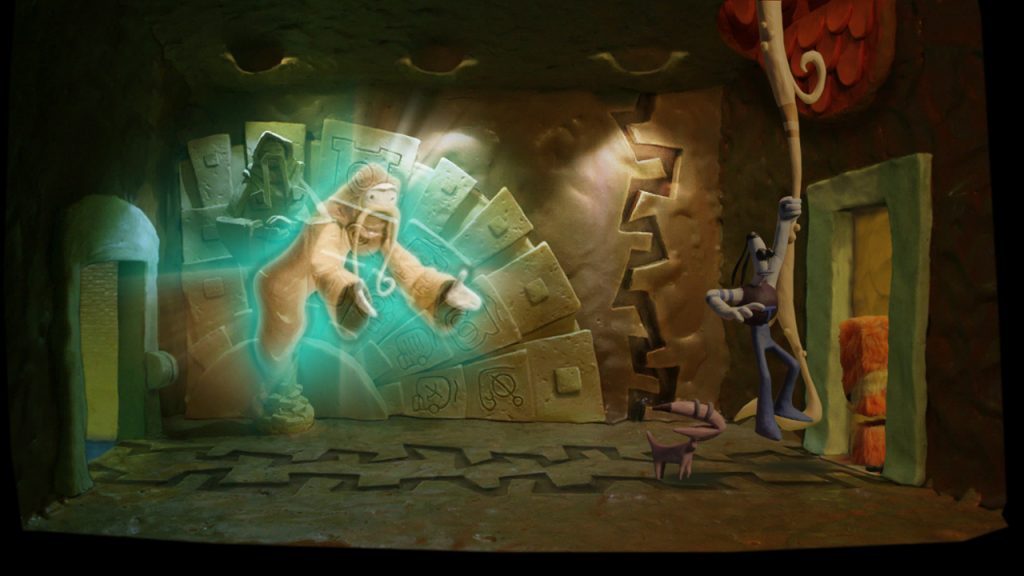 The entire game is stop-motion Claymation. The visuals often reminded me of some of the background characters of the dream world sequences from the film Monkeybone. Graphics seemed pretty smooth, with quick loading times between screens. The game was fun to watch and the environments were very cool, but weird-looking. The cut scenes were interesting and tell the story behind what happened in the Armikrog, but in an alien language.

The sound was terrific in the game. The soundtrack by Terry Scott Taylor is excellent, featuring music that is both unique and fits the game perfectly. The sound design was layered with strange noises from different animals, alien voices, and sound effects. The voice acting cast features Mike Nelson from Mystery Science Theater 3000, Rob Paulsen from basically every cartoon ever, and Jon Heder of Napoleon Dynamite fame. While there isn’t a ton of dialogue, the scripts fit the game and add just enough story progression. 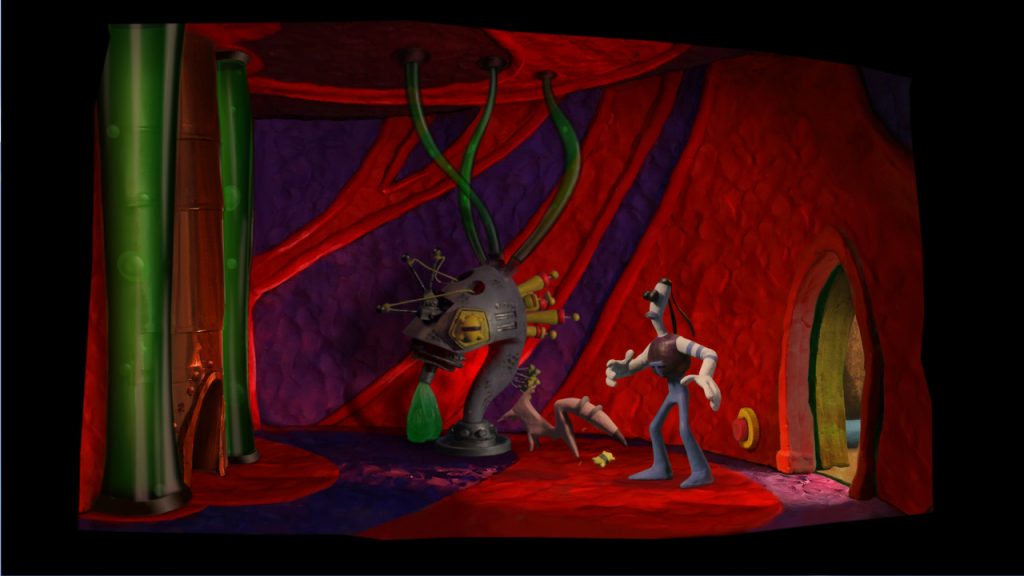 I thought this was a fun experience. I came in with no expectations and only a little footage to pique my interest. After finishing the game, I am glad I played and would recommend the game to others depending on the price point.

+ Puzzles are challenging, but fun
+ Graphic style is really cool to look at
+ Great sound design