3 min read
Add comment
FacebookTwitterRedditPinterestEmail
Chime Sharp is an interesting hybrid of music and puzzle-based gameplay following in the footsteps of its 2009 predecessor, Chime, for XBox 360. The game features 15 new levels with soundtracks from 15 independent.

Chime Sharp is an interesting hybrid of music and puzzle-based gameplay following in the footsteps of its 2009 predecessor, Chime, for XBox 360. The game features 15 new levels with soundtracks from 15 independent artists that feature sounds of ambient to energetic forms of electronic music. 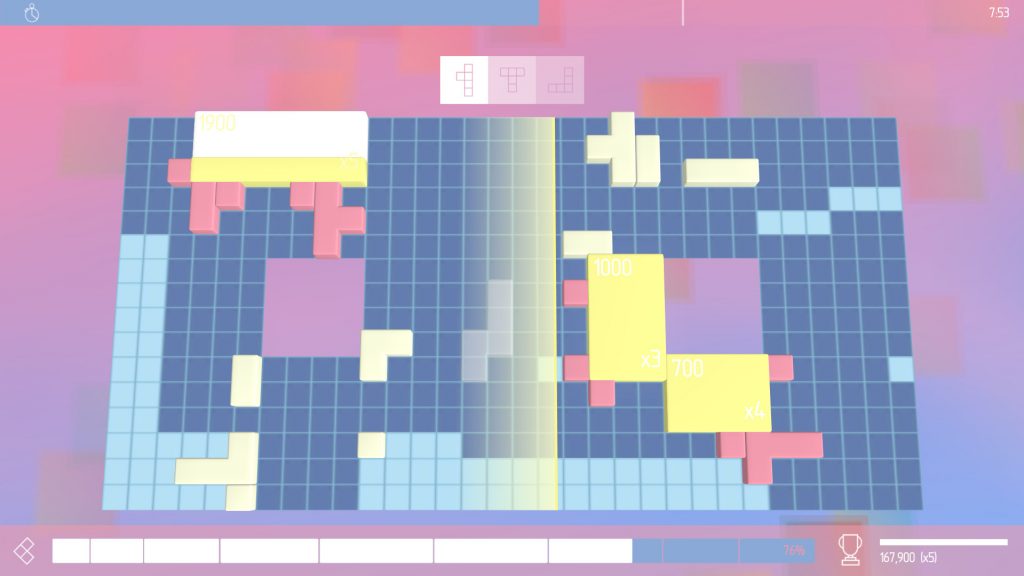 While music is the focus piece of the game, Chime Sharp is a puzzle game at heart, featuring tile grids and puzzle shapes reminiscent of Tetris. Each level consists of a grid onto which the puzzle shapes are placed. The of the game is to color the grid with as many locked-in squares as possible.  In order to color the grid, “quads” which are gap-less squares (or rectangles) made by the puzzle pieces need to be formed. Each of the 15 levels has different shapes available requiring new adjustments from level to level.

Chime Sharp’s most exciting feature is that the more of the grid is covered, the more of the level’s song is revealed. At the beginning, simple melodies and beats can be heard but as more quads are successfully formed, the more layers of each song is performed.

When playing at first, the rules take a little getting used to. At first I wasn’t really sure how to approach it and found myself focusing more on making pieces fit together than strategically covering the board. After getting the hang of it, the game really feels like it wants you to succeed as the music score grows more vibrant and the puzzle starts to make more sense.

The game has controller support as well as keyboard directional controls, but for the quickest and most precise gameplay, using a combination of mouse and keyboard controls is the best.

The music of Chime Sharp is almost more of a reward that it is a gameplay mechanism. The better the player does the more exciting and in depth the music becomes.

Visuals are simple and a high-res improvement from the previous game incorporating shadows, depth, and vibrant colors. 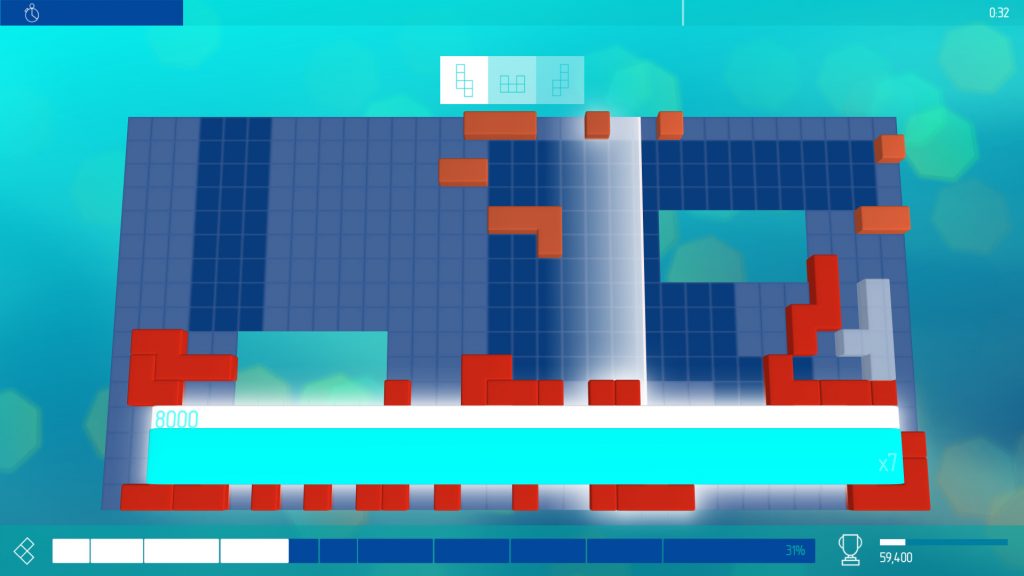 Chime Sharp takes a little getting used to but it has its own sort of charm that makes it feel like a more wholesome experience than your average puzzle game. Despite various game modes that create new rules and challenges, there does seem to be a bit of  a lack of depth for a game featuring only 15 levels. While gameplay is the focus, perhaps incorporating more of the music artists into the game would have added incentives to play on. I will give great praise to how well the music compliments the game play and makes it rather exciting instead of a tedious race against the clock. If puzzle games that beg to be played over and over for a high score is your cup of tea, I recommend giving this a shot.