3 min read
Add comment
FacebookTwitterRedditPinterestEmail
Four years after the release of Bridge Constructor, Headup Games has released a new DLC containing 18 new levels and featuring trains, rather than automobiles, as the vehicle of choice.

Bridge Constructor puts you in command of building bridges as a bridge architect and engineer (note: no certification required). The goal here is to wrestle with physics and put together structurally sound bridges that can support automobiles. It is part design and part puzzle solving. Four years after the release of Bridge Constructor, Headup Games has released a new DLC containing 18 new levels and featuring trains, rather than automobiles, as the vehicle of choice. Welcome to the Choonited Kingdom! 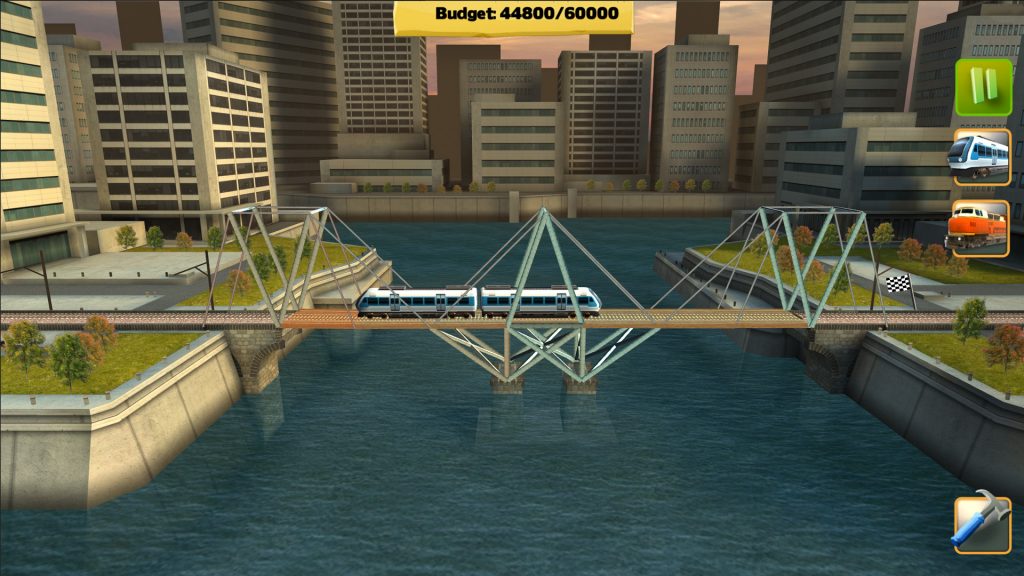 As an expansion, the Bridge Constructor Trains DLC retains the same gameplay mechanics as the base game. Bridges are constructed using various materials that each have their own pros and cons. For example, wood is a cheap and light material, but is not very strong. Conversely, steel is very sturdy, but expensive and heavy. Tension wires and concrete structures are also available. Each bridge has a set budget that cannot be exceeded and, for some bridges, only certain materials are allowed to solve the puzzle.

Once the bridge is built, it must be strong enough for vehicles to cross from one end to the other. Weak-points and areas of stress can be seen when testing out the bridge and will be shown when running the vehicles across it. In the case of Trains, there is the light commuter-rail train and the heavier freight train. Points are awarded for completing the bridge, doing so under budget, and bonus points for completing the level with the heavier freight train successfully crossing the bridge.

The mechanic of using trains differs from using cars in the other levels because it is a longer, continuous vehicle. In the base game, the cars and/or trucks are sent across in a pair with a car length in between them. This gap can allow for extra leniency as stress is momentarily relieved as the cars go past. This is not the case for the trains as they are longer. In the case of the freight train, the cars are not all the same weight which adds to the difficulty. As a result, the Trains DLC is a little bit trickier with this in mind – a bit of fresh air to a rather unchanged game mechanic. 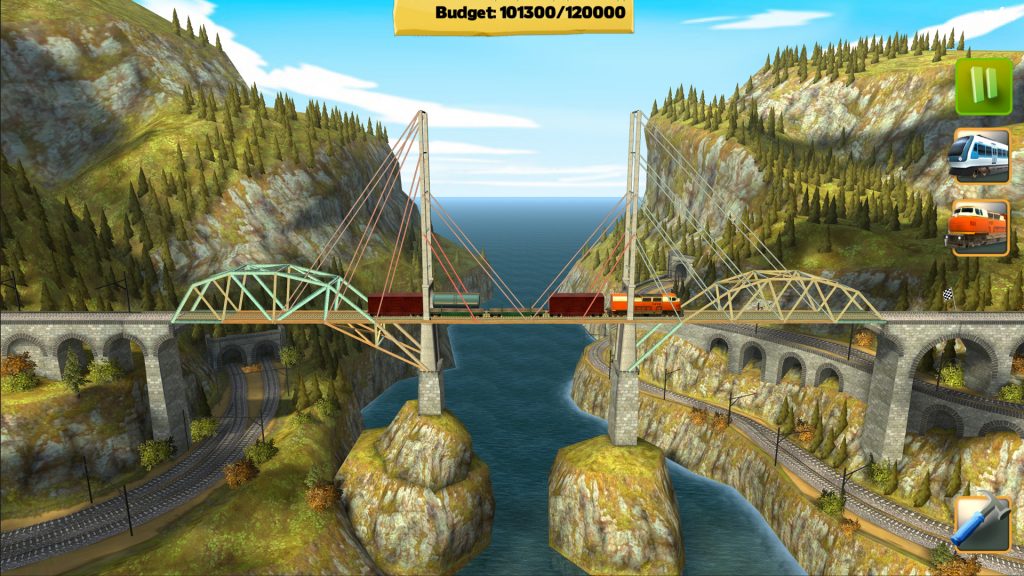 Bridge Constructor – Trains is a welcome addition to the original game. Considering its similarities to the base game and addition of a few levels and minor differences, its refreshing to see this as simply an expansion back rather than a stretched-out shallow title. Fans of Bridge Constructor will feel right at home with this DLC – that is, if they are still interested in DLC for the original game, 4 years  and  3 separate sequels later.