CBS has announced its primetime schedule for the 2016 – 2017 season which includes, along with midseason additions, three new comedies (Kevin Can Wait, Man with a Plan, and The Great Indoors) and five new dramas (Bull, MacGyver, Pure Genius, Training Day, and Doubt). 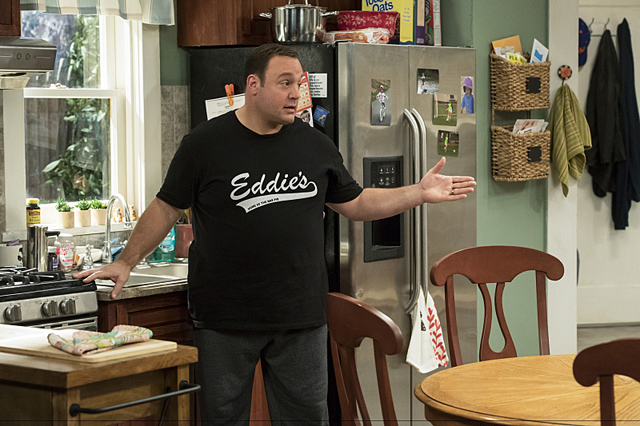 KEVIN CAN WAIT stars Kevin James as a newly retired police officer looking forward to spending carefree, quality time with his wife and three kids, only to discover he faces tougher challenges at home than he ever did on the streets. Kevin’s retirement plans consist of chilling with his family and having epic adventures with fellow retirees Goody (Leonard Earl Howze), his former partner and close friend, and Duffy (Lenny Venito), his oldest pal, as well as his brother, Kyle (Gary Valentine), a fireman whose closest encounter with a blaze would be a grease fire in the firehouse kitchen. However, Kevin’s dream is jeopardized when he discovers that Donna (Erinn Hayes), his wonderful wife of 20 years, has shielded him from key family info while he worked overtime protecting the community. Their usually reliable eldest, Kendra (Taylor Spreitler), is dropping out of college so she can support her unemployed fiancé, Chale (Ryan Cartwright), while he designs the next “big app”; his teenage daughter, Sara (Mary-Charles Jones), is having issues at school; and their youngest, Jack (James DiGiacomo), is a bit of a hypochondriac. For now, his plans for a cushy life will have to wait, because Kevin has work to do, and this time, his family is his beat.

Man with a Plan 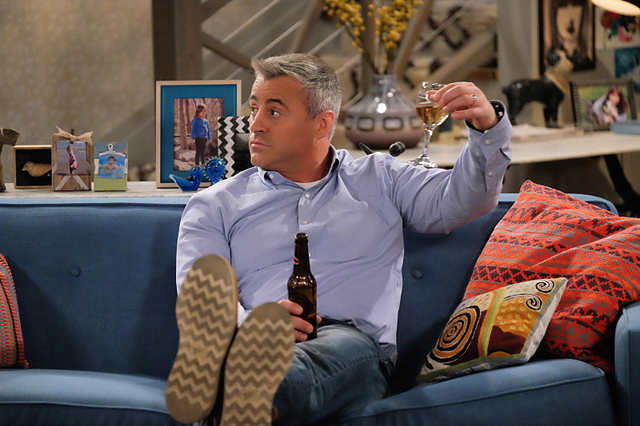 MAN WITH A PLAN stars Golden Globe Award winner Matt LeBlanc in a comedy about a contractor who starts spending more time with his kids when his wife goes back to work and discovers the truth every parent eventually realizes: their little angels are maniacs. Adam (LeBlanc) feels fully equipped to take on more parenting responsibilities while his self-assured wife, Andi, returns to the work force after being a stay at home mom for 13 years. However, Adam’s blindsided by how tough it is to wrangle three messy kids who can’t live without Wi-Fi. Their pre-teen daughter, Kate (Grace Kaufman), is a master manipulator and initially thrilled that “daddy fun times” is taking over, middle child Teddy (Matthew McCann) can’t seem to keep his hands out of his pants despite constant reminders, and their precious youngest, Emme (Hala Finley), is nervous about starting kindergarten. But with Andi’s encouragement and advice from a couple of equally stressed parents, Marie (Jessica Chaffin) and Lowell (Matt Cook), Adam takes charge of his brood, lays down the law and discovers he’s going to “nail” this job. 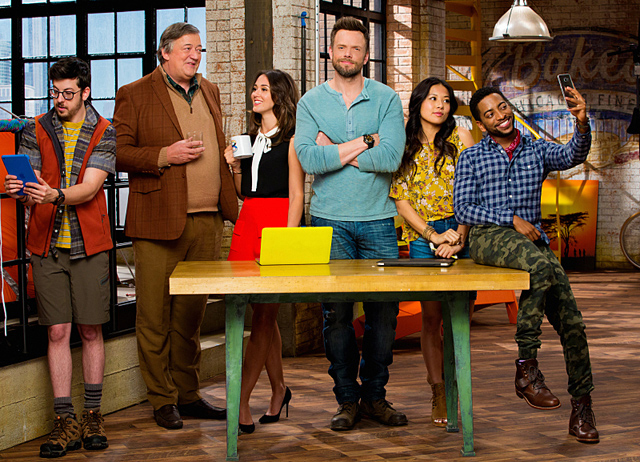 THE GREAT INDOORS stars Joel McHale in a comedy about a renowned adventure reporter for an outdoor magazine who must adapt to the times when he becomes the desk-bound boss to a group of millennials in the digital department of the publication. Jack has led a thrilling “outdoorsy” life exploring the edges of the earth while chronicling his adventures for Outdoor Limits. But his globe-trotting days end when the magazine’s charismatic founder and outdoor legend, Roland (Stephen Fry), announces the publication’s move to web-only and assigns Jack to supervise their online team of “journalists.” Jack’s eager 20-something colleagues include Clark (Christopher Mintz-Plasse), a tech nerd who knows everything about surviving on Mars and a zombie apocalypse; Emma (Christine Ko), their social media expert who views Jack as the human version of dial-up; and Mason (Shaun Brown), a hipster-lumberjack who hasn’t spent any actual time outside. Jack reports to Roland’s daughter, Brooke (Susannah Fielding), an ex-flame who caters to the sensitive staffers by giving them all trophies just for working hard. Jack’s best friend, Eddie (Chris Williams), runs the local dive bar that’s popular with the younger set and helps Jack “decode” his co-workers. Jack is baffled by the world of click-bait and listicles, but if he’s patient, he may be able to show these kids that the outside world is much more than something on a screen… if he doesn’t beat them with their selfie-sticks first. 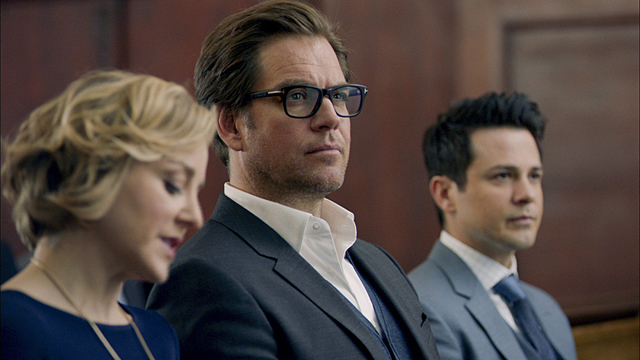 BULL stars Michael Weatherly as Dr. Jason Bull in a drama inspired by the early career of Dr. Phil McGraw, the founder of one of the most prolific trial consulting firms of all time. Brilliant, brash and charming, Dr. Bull is the ultimate puppet master as he combines psychology, human intuition and high tech data to learn what makes jurors, attorneys, witnesses and the accused tick. Bull employs an enviable team of experts at Trial Analysis Corporation to shape successful narratives down to the very last detail. They include his quick-witted brother-in-law, Benny Colón (Freddy Rodriguez), who plays a defense attorney in mock trials; Marissa Morgan (Geneva Carr), a cutting-edge neurolinguistics expert from the Department of Homeland Security; former NYPD detective Danny James (Jaime Lee Kirchner), the firm’s tough but relatable investigator; haughty millennial hacker Cable McCrory (Annabelle Attanasio), who is responsible for gathering cyber intelligence; and Chunk Palmer (Chris Jackson), a fashion-conscious stylist and former All-American lineman who fine tunes clients’ appearances for trial. In high-stakes trials, Bull’s combination of remarkable insight into human nature, three Ph.D.’s and a top-notch staff creates winning strategies that tip the scales of justice in his clients’ favor. 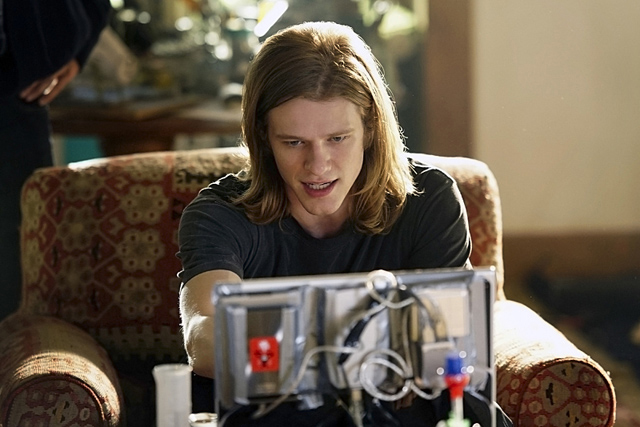 MACGYVER, a reimagining of the classic series, is an action-adventure drama about 20-something Angus “Mac” MacGyver (Lucas Till) who creates a clandestine organization within the U.S. government where he uses his extraordinary talent for unconventional problem solving and vast scientific knowledge to save lives. Joining his team on high-risk missions around the globe is maverick former CIA agent Lincoln (George Eads). Under the aegis of the Department of External Affairs, MacGyver takes on the responsibility of saving the world, armed to the teeth with resourcefulness and little more than bubble gum and a paper clip. 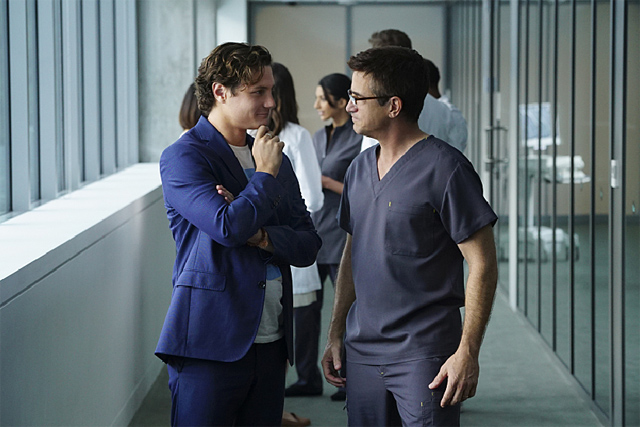 PURE GENIUS is a cutting-edge medical drama about a young Silicon Valley tech titan who enlists an exceptional veteran surgeon with a controversial past to run a state-of-the-art hospital with an ultramodern approach to medicine. Billionaire genius James Bell (Augustus Prew) built Bunker Hill Hospital determined to revolutionize healthcare and treat the rarest and most challenging medical mysteries, at no charge. Bell persuades maverick surgeon Dr. Walter Wallace (Dermot Mulroney) to be his Chief of Staff, who believed medicine is a human endeavor, not technological, until a “eureka” moment at the hospital convinced him otherwise. Bell’s team of trailblazers includes Dr. Zoe Brockett (Odette Annable), an exceptional, fearlessly frank physician; Dr. Talaikha Channarayapatra (Reshma Shetty), an idealistic, maddeningly literal neurosurgeon who believes the hospital is a beacon for change; Dr. Malik Verlaine (Aaron Jennings), a former gangbanger now spearheading efforts to provide 24/7 health monitoring in poor neighborhoods via computer; Dr. Scott Strauss (Ward Horton), an intense neurologist with an Ivy league pedigree; and Angie Cheng (Brenda Song), an enthusiastic 3-D printer programming whiz. At Bunker Hill, Bell pairs the most brilliant minds in medicine with the most forward thinkers in technology, and cuts bureaucracy out of the equation, all in the interest of saving lives, including his own. 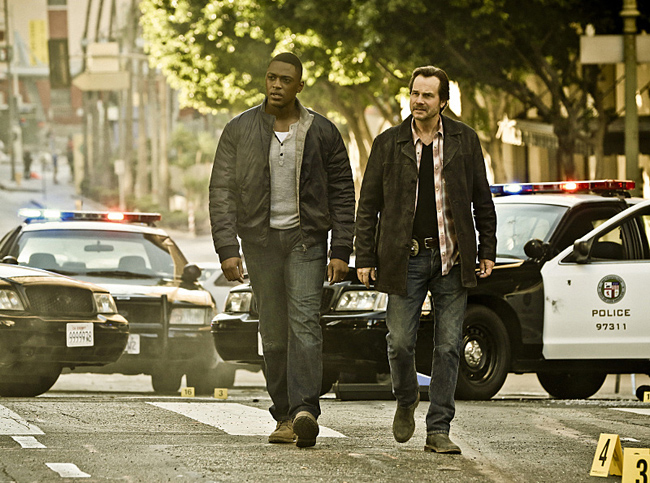 TRAINING DAY is a crime thriller that begins 15 years after the events of the feature film, about a young, idealistic police officer who is tapped to go undercover in an elite squad of the LAPD where he partners with a veteran, morally ambiguous detective. Detective Frank Rourke (Bill Paxton) is the maverick head of the Special Investigation Section (S.I.S.) that hunts the city’s most dangerous criminals, and is one of the finest investigators the department has ever produced. However, when the LAPD brass notices Rourke’s penchant for operating in a gray area to fight the war on crime, they assign Kyle Craig (Justin Cornwell), a heroic, untarnished cop, to pose as Frank’s trainee to spy on him and report on his off-book methods. The members of Frank’s loyal team include Rebecca Lee (Katrina Law), a formidable officer with killer aim and a dark past, and Tommy Campbell (Drew Van Acker), a former pro surfer who follows Frank’s orders without hesitation. Providing Frank with intel is his girlfriend, Holly Butler (Julie Benz), a well-connected, unapologetic Hollywood madam. While LAPD Deputy Chief Joy Lockhart (Marianne Jean-Baptiste) coolly puts Kyle in danger in her mission to take down Frank, Kyle’s schoolteacher wife, Alyse (Lex Scott Davis), worries her husband’s resolve to avenge the murder of his father, a cop, may be his undoing. As Frank starts teaching his principled trainee the way of the streets, where the ends often justify the means, they form an uneasy alliance that will irrevocably change the course of both their lives. Based on the feature film from Warner Bros. Pictures and Village Roadshow Pictures. 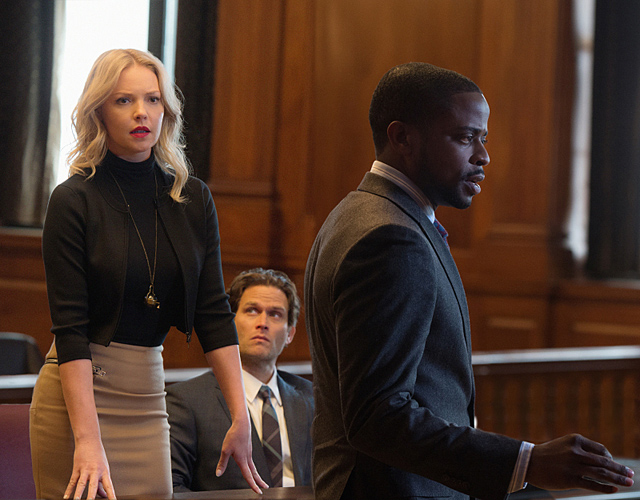 DOUBT stars Katherine Heigl as Sadie Ellis, a brilliant attorney at a boutique firm who starts to fall for her charismatic client, Billy Brennan (Steven Pasquale), an altruistic pediatric surgeon recently accused of murdering his girlfriend 24 years ago. Sadie is hiding her growing feelings from everyone, including her close friend and colleague, Albert Cobb (Dulé Hill), who thinks he knows everything about her. Working on other cases at the practice is Cameron Wirth (Laverne Cox), a transgender Ivy League graduate who fights passionately for her clients since she’s experienced injustice first hand; Tiffany Simon (Dreama Walker), a second-year associate who is quickly learning the ropes from Wirth; and Nick (Kobi Libii), a former felon who earned his degree while serving time. They all consider it a privilege to work for Isaiah Roth (Elliott Gould), a revered legal lion and “lefty” legend, whose approval is their holy grail. Sadie’s decision to become involved with her client could put her career, as well as her happiness, at risk if Billy is found guilty, which means she needs to work all the harder to prove reasonable doubt, even if she has some herself.