The Following resumes where Dying Light left off, where players take on the mantle of story protagonist and boring good guy Kyle Crane in the city of Harran. A mysterious visitor is rescued, who spins fever-induced tales of an immune population outside of the city. Crane is sent to investigate and discovers a number of groups who appear to be immune but also distrustful of outsiders. Forced to work in order to garner trust in his new surroundings, Crane takes on a number of tasks with new skills and gameplay features culminating in a shocking plot twist that redeems the slow-paced story line from the original game in a satisfying way.

Driving: Your License to Kill

The Following continues the successful elements of game play from the original Dying Light game, and integrates a dune-buggy driving element into the mix. Gone are the days of hardcore-parkour, instead gifting players with a faster and arguably more entertaining way of getting around an expansive map. As in the original game, your dune buggy deteriorates with use, and players must use their scavenging skills and an all-new skill tree to maintain and upgrade their ride. Remember all of those abandoned vehicles that were mere obstacles in the city? Now those crowded roads are gold mines for scavenging, granting fuel and parts that are as necessary as those bottles of alcohol and metal parts from the original game.

Your dune buggy is not just a way of getting around either. Players can upgrade their buggies into mobile assault vehicles with one specialized purpose: zombie plowing. This element is immensely satisfying for players of the original Dying Light game, because instead of avoiding the zombie hoards you can plow head on into a giant crowd. The meaty bits and bodily fluids flying over the hood of your dune buggy rarely gets old and is a welcome addition to the game. 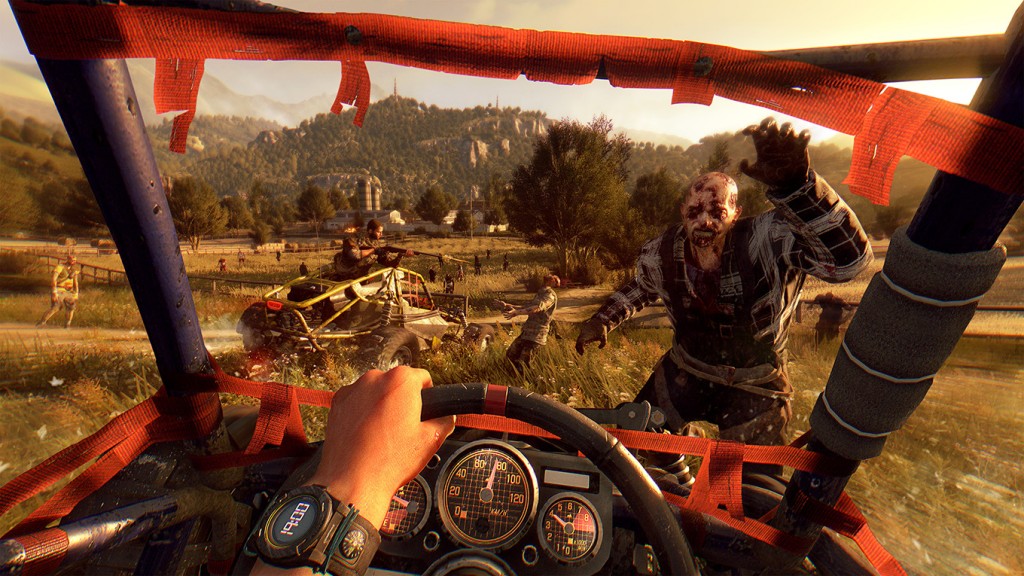 The expansive new map trades up the crowded city surroundings for a more rural setting. While buildings and parkour elements are not entirely absent, the empty space leaves less places to hide and escape to. This encourages a change in strategy from up-close melee combat to ranged weapons like rifles and the new crossbow. This change of pace reveals some of the flaws in the shooting system of Dying Light; while mostly accurate and responsive, it felt clunky swapping between hip fire and aiming down sight and switching weapons. While the Dying Light franchise is a shooter second and a horror survival game primarily, it does detract from the experience to a degree.

The new expansive environment also introduces an interesting predicament – respawning kilometers away from your ride. On several occasions I respawned in hunting towers which were literally 1-2 kilometers away from my buggy location or the nearest safehouse. This made travel time a huge part of gameplay, which felt like a waste of time. Regardless of whether this was intentional or a bug in the game, it was a glaring example of one of the few negative aspects of the game. 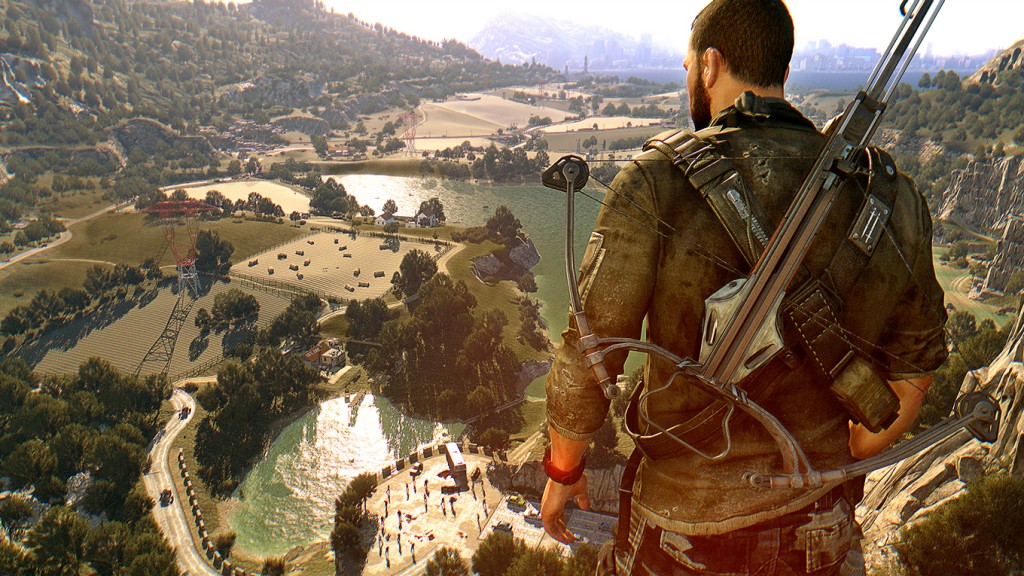 Questing, a.k.a. Welcome to the Grind…again

As in the original game, the story line is fluffed and decorated by a healthy portion of side quests. Unlike the original game, these quests felt much less grind-worthy and actually added to the overall experience of The Following. Some of the side quest characters felt full and developed, and even tasks as mundane as collecting undelivered mail felt like it contributed to your overall purpose and story.

The addition of the previously-mentioned driving system also seemed to improve the time taken to finish side quests. The constant need for parts and fuel meant taking the time to travel from Point A to Point B would be inevitably littered with scavenging stranded cars. In other words, the down time between accepting a side quest and actually accomplishing the deed felt purposeful rather than simply climbing walls and hanging from ledges, like in the original game.

The Following continues the quality in graphics from Dying Light in all of its gruesome glory. While the color palate is altered thanks to a change in scenery, all of the high definition blood and guts maintain a clarity that is beautifully realistic. This is of critical importance in the horror survival genre, where inducing a very real sense of panic and stress requires a realistic filter for the mind to process. The Following does this very well, from the contrast in movement speed between the varieties of infected to the limited vision and unknown elements of exploring the world at night.

Similarly, the sound design in this game is critically important and done extremely well. Sound cues are a major element in the gaming experience of The Following , and players learn to associate sounds with everything from patience to panic. The satisfying sound of destroying an infected attacker is almost always accompanied by a dose of accomplishment, and the terrifying sound of a viral pursuer while low on health is enough to induce a very real sense of panic.

However, as in any game there are certain graphical issues. On more than one occasion there were graphics glitches that were clearly not intended: glitched pixels in the environment and almost comically bad death animations occurred more often than expected in a console version of the game (Xbox One). These are not necessarily huge issues worthy of a poor review, but are notable since they did detract from the overall experience. 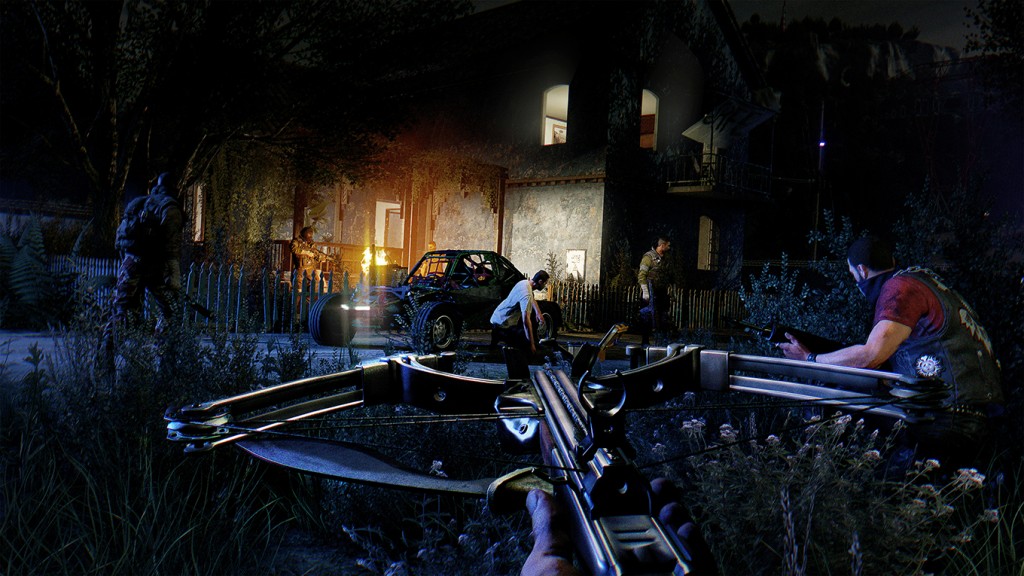 While experiences vary from player to player, I think it’s safe to say that Dying Light is a story-driven game that promotes solo play first, with multiplayer taking a back seat. The challenge of difficult encounters and multiple failures (and the resulting player improvement) is what makes Dying Light so immensely satisfying, and The Following is not much different.

Multiplayer aspects in The Following are updated by the driving system, in that players can work cooperatively by riding in each others’ buggy as a gunner. This feels more like a gimmick than something substantial, considering the buggy itself is arguably a more effective weapon when properly equipped. Still, it does have it’s moments and does contribute to the overall experience…albeit in a minor way.

The Following is an expansion in every sense of the word. It borrows successful elements from its predecessor and makes additions in mostly the right places, creating an entertaining new experience for Dying Light fans. It is entirely worth it to purchase, play, and experience in all of its infected and horrifying glory. 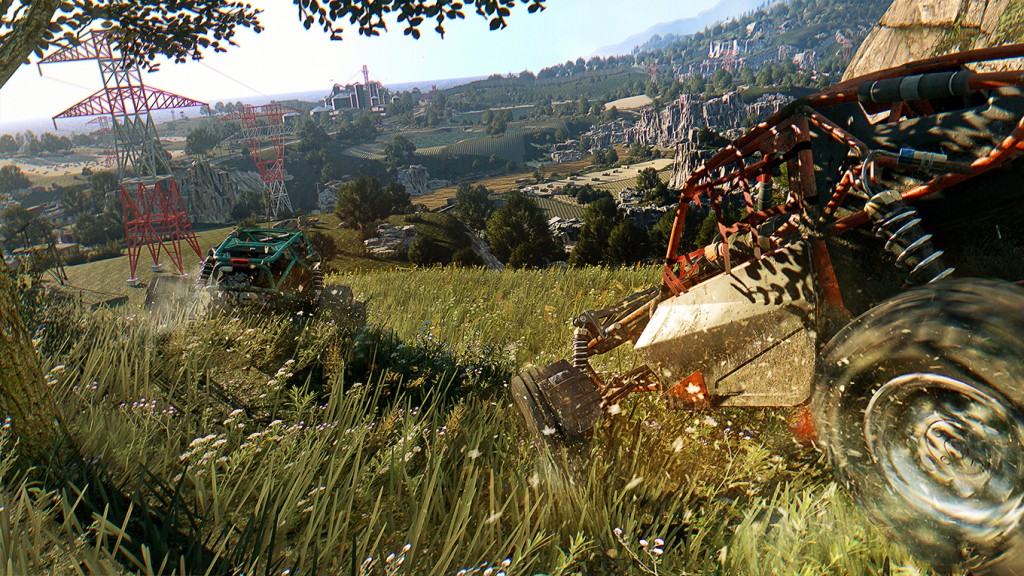 + Story picks up the pace and ends in an impactful way
+ New driving system innovates game play
+ New expansive map allows for a change in strategy and play style
+ Questing feels less like grinding, and contributes to the story